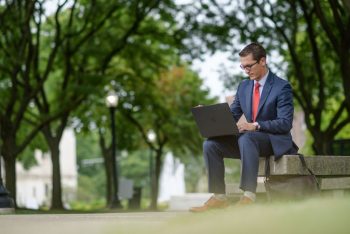 Are You My Mother?

“Are you my mother? How could I be your mother? I am a cow.”

In the book, “Are you my mother?” by P.D. Eastman, a baby bird is lost and looking for his mother.  He asks a variety of animals and objects if they are his mother.  Most reply that they are not.  Eventually, [SPOILER ALERT] to every reader’s delight, the baby bird finds his mother bird and they presumably live happily ever after.

My own three-year-old will tell you that no one is more amazing than his mommy (I don’t disagree but I try to remind him that dad is cool too).  But sometimes, people other than a minor’s biological parents assume parental responsibility, and to varying degrees.  What happens if the person responsible for the child is negligent?

According to Hush, those involved in the association at issue can infer an in loco parentis association. This determination is made by looking at the: (1) declarations and (2) acts of the person standing in loco parentis. Hush v. Devilbiss Co., 77 Mich.App. 639 (1977).  Therein, the Michigan Court of Appeals stated some factors considered are: (1) the age of the child; (2) the degree to which the child is dependent on the person claiming to be standing in loco parentis; (3) the amount of support, if any, provided; and (4) the extent to which duties commonly associated with parenthood are exercised.

The Michigan Court of Appeals recently analyzed whether a person whose daughter had friends over for the day was entitled to parental immunity by way of in loco parentis and found that she was not standing in the place of the minor plaintiff’s parents.  In Ciaramitaro by Next Friend Ciaramitaro v. Ruggero, No. 350227, 2021 WL 743793 (Mich. Ct. App. Feb. 25, 2021), Carmina Ruggero allowed her ten-year-old daughter, Ariana, to have friends over.  They were outside playing with a swing trainer which allowed the kids to practice hitting a baseball.  While doing so, the kids who were not up to bat were waiting in line for their turn behind the batter.  When it was Ariana’s turn to swing, she inadvertently hit the minor plaintiff, Martina, in the face with the bat, causing serious injuries.  Amongst other defenses, Carmina argued that she was immune from suit because she was standing in loco parentis with Martina.

However, the Court of Appeals disagreed.  The Court noted first that Carmina did not present any evidence that she was assuming parental status over Martina by making any declaration to do so – the first consideration in Hush.  Next, the Court acknowledged that the acts performed by Carmina did not support her intent to assume parental status over Martina.  Importantly, there was no evidence that Carmina did more than treat Martina as a social house guest for a temporary period of time.  While Carmina provided one meal to Martina, she did not: provide financial support, make any decisions regarding Martina’s well-being, make any arrangements for Martina’s long-term care, or intend Martina to stay at her home for an extended period of time.  Because Martina was a social guest, only present for a relatively short temporary, period, Carmina was not entitled to parental immunity.  Ultimately, briefly watching over a minor, without more, would not entitle someone to parental immunity.  Through their acts or declarations, they would have to establish that they intended to assume parental status over the minor.  And if that happens, even though the negligent person is not the minor’s parent, they could be entitled to parental immunity.