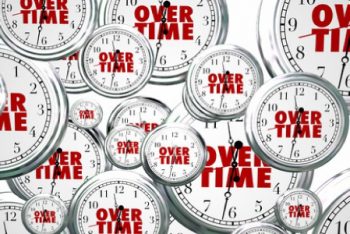 Today, the Department of Labor announced its Final Overtime Rule, effective January 1, 2020, which will result in the following changes:

Many employers may cringe as they recall the plans made (and in some cases, implemented) in anticipation of the 2016 Final Overtime Rule, which was published with an effective date of December 2016, but never went into effect due to an injunction, and the rule was ultimately declared unlawful. Based on this past experience, we recommend that employers prepare to comply by January 1, 2020, but not well in advance of that date.

This is news to me – what does it mean?

The Department of Labor considered more than 116,000 comments in the process of preparing this new rule. It predicts that 1.2 million currently exempt employees will become eligible for overtime unless employers increase their current salary above the new threshold or take other action to maintain the exemption. Approximately 101,800 additional highly compensated employees are similarly expected to be affected.

What will it take for employers to comply?

Employers will need to review the categories of employees who will be affected by the 2019 Final Overtime Rule and decide whether to reclassify employees as non-exempt or make changes necessary to maintain the exemption. These categories include the following:

For employees in the above categories, consider whether any nondiscretionary bonus or incentive payments (including commission) make up the difference (up to $10% may count toward the salary level threshold). If not, employers must make a strategic business decision, taking into account whether the employee actually works overtime, the projected cost of overtime based on a typical schedule, the relative increase in salary required to maintain the exemption, the administrative time and expense associated with the transition, and the potential effect on employee morale.

If transitioning an exempt employee to a non-exempt status, a comparable hourly wage should be established, and record-keeping procedures must be respectively followed. Employees previously classified as exempt, and therefore not required to track their hours worked, may resist this change. Employers should prepare to engage in a dialogue explaining how this change was made to comply with wage and hour laws.

What should employers consider, even though not changed by the new rule?

When evaluating whether the salary threshold has been met (exclusive of any non-cash items of value that an employer may provide to an employee, such as board, lodging or other facilities), keep in mind that a separate requirement of being paid on a salary basis must also be met, along with exempt job duties required to support the exempt status.

The job duties required to maintain an exemption have not changed with the 2019 Final Overtime Rule. The regulations specifically define the categories of exempt employees as follows:

Maddin Hauser’s employment law team is ready to assist in audits of current classification and payroll systems, and to advise employers in making business decisions with regard to compliance under the 2019 Final Overtime Rule.