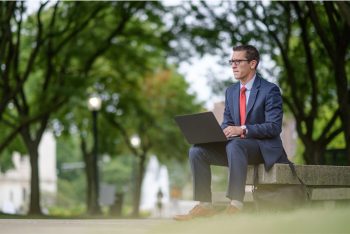 Life Lessons Learned Along the Way: How Do You Build a Lego City? Brick by Brick.

When I get home from work, my three-and-a-half-year-old son often wants to take me to his playroom to play with Legos, usually before I can even change out of my work clothes. We have been building things for a while and have managed to configure a relatively elaborate “city.” There are homes, a fire station, a repair shop, a forest, a playground, and of course, an ice cream shop.

Building with Legos is something we do together. I typically go through the instructions and tell him which pieces to grab, and either one of us will put them in their proper place. For those who are not Lego aficionados, they come in varying difficulties and for different age ranges. Until recently, Lego City had been constructed with the lowest level difficulty Lego sets and for the youngest age range. However, the other day I went to the store for softball cleats (a story for another time) and came across the store’s Lego section. To my dismay, they did not have any sets for my son’s age range. But I did not fret. There was a pretty cool camper set rated for ages 5+. Like any parent, I thought to myself, “Gavin and I can do this.” I purchased the set and went home, excited to show my son our next project.

When I arrived home, I was greeted with the pitter-patter of big little feet and an awesome hug. Excitedly, I showed Gavin the camper set I purchased, and to the playroom we went.

We tore open the box, and I grabbed the instructions while Gavin went for the pieces. We were both taken aback because the pieces in this set were much smaller, and the instructions, well, I’ve had smaller college textbooks. But we decided to tackle the project.

Not too far in, Gavin became a little frustrated because this project was much more intricate than usual. He had trouble putting some pieces together, and it was taking much longer. Admittedly, I tossed the instructions once or twice with a big sigh. But we kept at it.

After what felt like a few short hours, we were done and ready to introduce the camper to the rest of Lego City. The camper fits in perfectly, and now it travels back and forth from its home to the campsite so the daddy, mommy, and baby can go camping. It was more than what we expected, but we built the camper the same way we built everything else in Lego City – brick by brick.

The practice of law and developing a career are not too different than building Lego City. If a new case comes in, whether big or small, complex or relatively simple, the way to defend it is to go step by step. It’s easy to want the result immediately. But as an attorney, it’s my job to make sure all the bricks are in the right place. Moreover, as a young professional, it’s easy to want to be at the top of my career right away. But that is often not the case. I am fortunate to work in a group I can turn to when the pieces don’t fit or the instruction booklet is daunting. The easiest way to build a career is like building anything in Lego City – brick by brick.