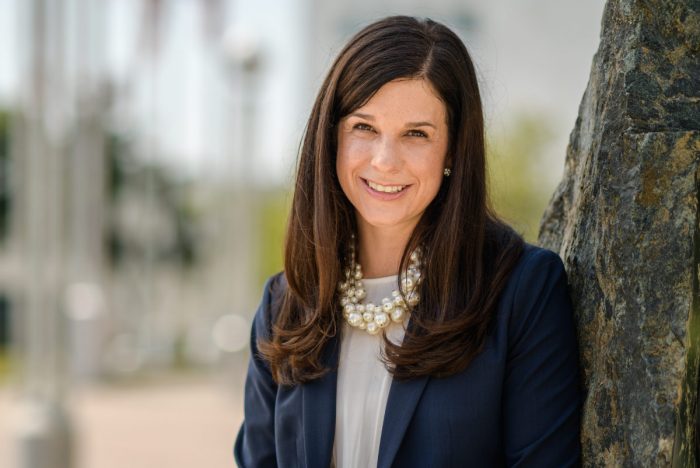 Maddin Hauser is pleased to announce that shareholder Kaitlin A. Brown has been appointed to the firm’s Executive Committee.

The announcement was made by the firm’s President and CEO, Steven D. Sallen. “Katie is a respected and accomplished young leader of our firm and the legal community. We look forward to her fresh perspective and input on the Executive Committee as we manage the current COVID pandemic situation and position the firm for future growth,” stated Sallen.

Brown is a shareholder in the firm’s Corporate and Employment group. Specializing in employment law, she focuses on counseling employers to create welcoming and inclusive workplaces that are legally compliant to prevent costly claims of wrongful termination, discrimination, harassment, and improper payment of wages.

Brown works closely with business owners, managers, and human resources directors to strategize best practices for managing employees, provide on-site training for employees and managers, and respond to employee concerns. She conducts investigations, prepares and negotiates severance agreements, drafts onboarding documents and employee handbooks, and defends against agency charges of discrimination and unfair labor practices. Brown also manages audits conducted by the Department of Labor and attends hearings related to claims for unemployment insurance benefits.  Brown looks for ways that the law can build business and protect people; she plans to apply those same principles to her work internally, through the Executive Committee.

With several awards to her credit, Brown has been included in the Oakland County Executive’s Elite 40 Under 40 Class of 2020, was named the 2018 Regeana Myrick Outstanding Young Lawyer by the State Bar of Michigan Young Lawyers Section, and was recognized among Michigan Lawyers Weekly’s 2016 Up and Coming Lawyers.  She has also been named a Michigan Super Lawyers Rising Star from 2014 to 2020.  As a Contributor for the Institute of Continuing Legal Education, Brown co-edited the Michigan Causes of Action Formbook, Second Edition.  She has also presented webinars about navigating employee compensation requirements and early resolution of employment law cases.

In the community, Brown has led the Oakland County Bar Association’s Diversity and Inclusion Committee as Chair since 2019, during which time the organization has developed an anti-racism statement and partnered with several professionals to lead and deepen conversations that will have a meaningful impact on the legal and community landscape throughout Metropolitan Detroit.  For many years, Brown has been active in the Women Lawyers Association of Michigan, where she currently serves on the Gender Equity Committee.  In March, Brown will present as part of the Michigan Women in Leadership Symposium, hosted by the National Diversity Council.

Brown is admitted to practice law in Michigan, in the United States District Court for the Eastern District of Michigan, and in Indiana.