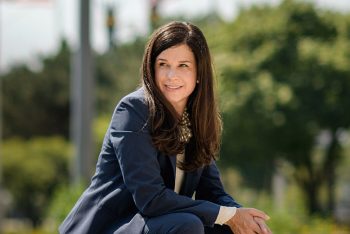 Maddin Hauser is pleased to announce the promotion of Kaitlin A. Brown to Shareholder.

The announcement was made by the firm’s President and CEO, Steven D. Sallen. “We’re pleased that Katie has become a shareholder of our firm. Since joining Maddin Hauser in 2016, she has been dedicated to expanding our firm’s capabilities in resolving corporate and employment matters efficiently and professionally, and staying on top of emerging trends in the industry,” said Sallen.

Previously serving at the Michigan Department of Civil Rights, Brown worked in the Reconsideration Unit evaluating and recommending decisions on appeals of administrative decisions. She has also litigated complex insurance, contract, and constitutional law cases.

Brown has been recognized among Michigan Lawyers Weekly’s 2016 Up and Coming Lawyers and has been named as a Michigan Super Lawyers® Rising Star from 2014 to 2017. The United States District Court for the Eastern District of Michigan also recognized her with a Pro Bono Accomplishment Award. In 2017, she received the Women’s Bar Association Member of the Year Award for her significant contributions to the organization and community.

Prior to becoming an attorney, she worked in New York City making documentaries for networks such as National Geographic International, The History Channel, and Discovery Health.