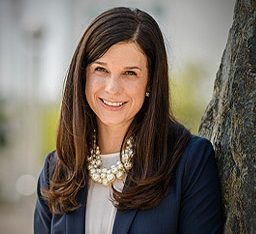 When the Michigan Paid Medical Leave Act (the “Act”) went into effect on March 29, 2019, employers with at least 50 employees (and with some of those employees in Michigan) were waiting with anticipation for final word from the Attorney General Dana Nessel or the Supreme Court of Michigan as to whether the law is constitutional. Without any clear guidance as to the constitutionality of the Act (and also the minimum wage increase to $9.45 per hour, effective the same day), employers should have proceeded by complying with the new requirements. Employers who have yet to evaluate and revise their paid leave policies should review these Top Tips for Complying with the Michigan Paid Medical Leave Act.

Employers were advised to implement policies compliant with the Act on the effective date – not before. Many employers felt déjà vu, as they painfully recollected how proactive efforts to comply with the 2016 DOL Overtime Rule, which never went into effect due to an emergency preliminary injunction stopping the DOL from enforcing the rule, had long-term effects on employee morale and business financial operations. Now that the Supreme Court of Michigan has announced oral arguments in July 2019 regarding the constitutionality of the Act, employers may feel some respite, knowing that compliant policies implemented should be maintained for the time being.

In September 2018, the Michigan legislature adopted a legislative initiative petition for earned sick leave, which had the effect of removing the petition from being included on the November 2018 ballot. Then, the Michigan legislature amended law during the “Lame Duck” session, and Governor Rick Snyder signed the amended version (the Act) into law on December 13, 2018. Most significantly, the Act reduced the number of paid medical leave hours from 72 to 40, and the Act now applies to employers with 50 or more employees, instead of applying to employers with 1 or more employee.

Today, the Supreme Court of Michigan announced that it will hold oral arguments on July 17, 2019 at 9:30 a.m. on the constitutionality of the adopt and amend strategy, particularly as it applies to the minimum wage and paid sick time laws. This opinion, when issued, will have a more sweeping effect on all employers who have implemented policies to comply with the Act and increased minimum wage accordingly, as it is expected to answer the question of whether the amendments were constitutional.