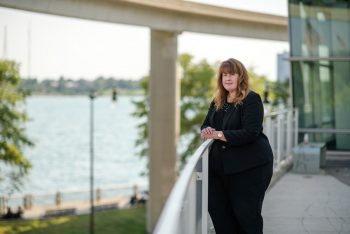 Who Killed the Crowdfunding Buzz?

Crowdfunding is white hot with popularity and has emerged as a capital formation tool and a way for nearly anyone to financially support an idea, invention, cause or business. Heads were spinning with crowdfunding’s potential to disrupt established principles of capital formation. The startup nation believed that the days were gone when only titans of industry or the wealthy few decided which ideas came to fruition. The idea was that, if a crowdfunding campaign gained online buzz, the product, idea or cause could jumpstart from capital built upon a wave of ten dollar bills from everyday investors. Instead of reaching new heights, the crowdfunding speeding train has rolled over into the proverbial legal ravine. After enjoying an evolutionary period free of oppressive regulations, certain types of crowdfunding have now become subject to SEC oversight and control. Before you invest in a crowdfunding campaign, or start one of your own, learn the rules of the crowdfunding road.

What is Crowdfunding?
Crowdfunding is an evolving method of obtaining capital through the internet, typically through small individual contributions from a large number of people, for a variety of projects ranging from innovative products to artistic ventures such as movies or music. Crowdfunding has been described as an important type of bridge financing between the time when startups have exhausted their personal funds (and those of their family members in most cases) and the time when they may qualify for venture capital funds or traditional financing.

The concept of obtaining funds in small amounts from a large population of donors in return for some type of reward has been in practice long before the term “crowdfunding” was coined in approximately 2006. Social fundraising campaigns, such as Feed the Children, have solicited small donations from the public through television in return for a child’s profile picture and good feelings about helping that child. Since the internet is easily accessible and highly useful to reach large audiences quickly, early crowdfunding campaigns evolved and utilized internet platforms and programming to achieve the same result and often focused upon social purpose campaigns, such as to pay medical expenses or refurbish a public playground. As the method further evolved, crowdfunding emerged as a dynamic, online tool to financially assist in the development and launch of a multitude of ideas and projects. Online sites also provided important public feedback about product and service ideas. Websites, such as Kickstarter (2009), GoFundMe (2010) and Fundageek (2011), sprung up to facilitate the interactions between the project and online donors. The number of sites increases every day.

SEC Regulation of Equity-Based Crowdfunding
Due to the solicitation and transfer of equity, investment-based crowdfunding can implicate various securities laws. Soliciting investments from the general public is often illegal unless the securities laws and regulations promulgated by the U. S. Securities and Exchange Commission (SEC) have been followed. In the U.S., there is some debate about what constitutes a security for purposes of the securities laws in relation to crowdfunding. A general test for whether a security is at issue – and therefore the security laws implicated –is the Howey Test. The Howey Test provides that a transaction involves an investment contract (and therefore a security) if (1) there is an exchange of money (2) with an expectation of profits arising (3) from a common enterprise (4) which depends solely on the efforts of a promoter or third party. Any crowdfunding arrangement in which investors are asked to contribute money in exchange for potential profits based on the work of others would likely be considered a security for purposes of the securities laws. As a result, the promoter would need to comply with the securities laws and those requirements can be quite onerous and expensive.

The crowdfunding movement faced definite obstacles to growth and functionality due to the impact and application of the securities laws. The crowdfunding community sought an exemption to the securities laws, or modifications, to allow for equity-based crowdfunding. There were extensive efforts that were focused upon modifying and implementing laws to further economic revitalization and, in turn, crowdfunding. Many bills were proposed and passed by the U.S. House of Representatives to address the nation’s need for capital. For an extended period, these bills continued churning with modifications and none were codified. That is, until April 5, 2012, when President Obama signed the Jumpstart Our Business Startups Act, or JOBS Act, in the White House Rose Garden which had bipartisan support in Congress.

The Impact of the JOBS Act
The reviews about the JOBS Act are mixed as to its impact upon Crowdfunding. Regarding crowdfunding, the focus is upon Title II and Title III of the JOBS Act. Although other titles in the JOBS Act became effective upon enactment, certain key parts of Titles II and III had to await SEC action before they could become effective. The SEC was given 270 days to set forth specific rules and guidelines to enact the legislation, but it took much longer for the SEC to act.

Effective as of September 23, 2013, Title II of the JOBS Act allows equity-based crowdfunding from accredited investors only. To qualify as an accredited investor, he or she must have: (a) income of at least $200,000 per year ($300,000 for married couples), or (b) a net worth, excluding principal residence, of at least $1 million. The SEC requires that crowdfunding companies take reasonable steps to insure that all investors meet the accreditation requirements. Although previously prohibited for over 80 years by the SEC, Title II allows general solicitation and advertising (such as through the internet and websites) to raise investment funds. The crowdfunding offerings are exempt from state registration. There are no per-investor limits and no limit upon the maximum amount that can be raised. Certain “bad actors” are ineligible to participate in a Title II crowdfunded offering. A company seeking to raise funds through Title II crowdfunding may register on an internet portal but is not required to do so.

In contrast to Title II, the goal of Title III was ostensibly to allow crowdfunded investments by those investors who could not qualify as accredited investors. Since that group of investors is often seen as vulnerable, the Title III rules and limitations are extensive. Title III of the JOBS Act enables equity-based crowdfunding, but only when done in compliance with a spider-web of onerous SEC regulations. In its proposed rules which were published on October 23, 2013, the SEC did not add new requirements, but followed the language of Title III when it proposed and then adopted its regulations. Many in the crowdfunding community questioned the long delay in issuance of the Title III rules and regulations because they mirror the language of Title III of the JOBS Act. In parallel, the Financial Industry Regulatory Authority (FINRA) is creating additional rules related to member firms registered with FINRA who are or will engage in equity-based crowdfunding.

The SEC has not adopted its Title III rules yet (they are merely proposed at this time), so companies cannot solicit investments pursuant to its provisions. The proposed rules are available and provide a view of the regulatory road ahead. For purposes of Title III, companies may raise up to $1 million maximum per year from an unlimited number of investors. However, the amount that each investor may invest is based upon that investor’s net worth and income. The investment limits apply to the total invested by the investor during any 12 month period for all Title III crowdfunding investments. For those earning less than $100,000 per year, the limit is $2,000 or 5% of their annual income, whichever is greater. This effectively results in a cap of $5,000 annual investment per year for those investors earning under $100,000. For those investors earning $100,000 or more, the cap is 10% of income or $100,000, whichever is greater. The company seeking investors has extensive obligations to provide information to potential investors. Also, all Title III crowdfunding must be conducted through either a FINRA-registered broker-dealer or a registered funding portal. These broker-dealers and portals face extensive reporting, registration and operational requirements. Unlike Title II crowdfunding, advertising (except to direct investors to the correct portal) remains prohibited.

After much ado about the JOBS Act and its highly anticipated “green lighting” of equity crowdfunding, the result appears to have been buzz kill. Given the burden and expense imposed by the proposed SEC rules, it remains to be seen if any companies will avail themselves of Title III. The bright minds who started crowdfunding in the first place may eventually find a way to raise capital from, and provide an investment interest to, the typical citizen who has a few dollars and a lot of hope to spare. As of this moment, the equity crowdfunding rules – even if Title III was available which it is not until the SEC formally adopts its rules – are considered to be a morass of oppressive, technical rules that prevent equity crowdfunding by those companies who need it most.

Since the crowdfunding rules are critically important to investors, companies trying to raise funds and the internet platforms that serve them, they must understand and comply with the complex legal rules that are applicable before jumping into the crowdfunding waters.