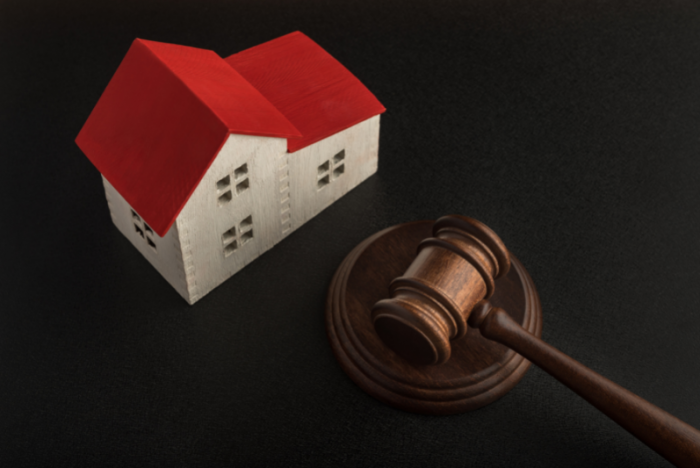 Mortgage lenders are well-versed in protecting their interests in pledged property from lender defaults or the competing claims and priorities of other lenders or interested parties. But if the government flexes its eminent domain powers and moves to take mortgaged property for its own purposes, mortgagees face unique and daunting challenges.

Eminent domain is the right and power exercised by governments to condemn and force the sale of private property to serve a public purpose. Such purposes include highways, schools, airports, utility easements, or other clearly public uses. In recent decades, however, eminent domain has been used to seize property for less obvious public purposes, such as encouraging economic development by acquiring property to be used by private enterprises.

The Fifth Amendment to the U.S. Constitution (and state equivalents) established the power to allow such takings so long as the owner receives “just compensation” for the government’s acquisition.

But what about “just compensation” for mortgagees when the government comes calling? How can lenders effectively recoup the value of their investment and maximize the amount they may ultimately receive from the condemning authority? Unfortunately, the answers to these questions can vary wildly depending on the property’s location, as the processes and procedures involved in condemnation proceedings differ from state to state, and even within states. Since quick action is often necessary once the government clarifies its intentions, lenders need to understand how to protect their rights and have the resources available to do so.

Getting Involved at the Outset

Mortgagees need to stay abreast of any government interest in a borrower’s property, an interest that is often, if not usually, conveyed well-before formal condemnation proceedings begin. In some states, the condemnor must engage in good faith negotiations with the property owner, obtain appraisals, and take other steps before initiating a formal eminent domain action. If the government makes an offer and the property owner rejects it, the condemning authority can then begin the formal condemnation process.

If a mortgagee is provided with notice of pre-suit negotiations, it should immediately intervene to preserve its rights under the mortgage lien. A common pitfall is for a mortgagee to learn of a resolution between a condemning party and a borrower after the fact, precluding the mortgagee from timely addressing the scope of the taking and the distribution of just compensation proceeds.

Similarly, mortgagees should be prepared to act quickly once formal condemnation proceedings begin. Depending on the state where the property is located, mortgagees may be named as a party to the action. In other states, absent an express statutory requirement, mortgagees with a mere security interest in the property condemned need not be parties to the action. In states where a mortgagee is not formally named in a condemnation proceeding but receives notice of a lawsuit of a proceeding, it should consider intervening or, at a minimum, advising the condemning party and borrower of the mortgagee’s interest in the property.

Evaluating the Scope of the Taking and Maximizing Just Compensation

Since the government’s authority to take property is usually, but not always, a foregone conclusion, most condemnation proceedings focus on determining the amount of just compensation. That requires properly evaluating the nature and scope of the proposed taking.

There are several forms of takings, including full or partial fee simple takings and easements. Takings can also be temporary or permanent. Determining the true nature of a taking is an important valuation factor. What begins as a temporary taking may amount to a permanent easement. Even a small, temporary taking can significantly impact the property’s value.

Even when there is no dispute about the amount of just compensation, there is no guarantee that those proceeds will wind up in the lender’s hands. For example, in California, a mortgagee may share in the just compensation award only to the extent necessary to prevent an “impairment” of the mortgagee’s security. Additional allocation procedures come into play when there are multiple lienholders on the taken property.

Every step in the condemnation process presents pitfalls and opportunities for mortgagees. But avoiding the former and taking full advantage of the latter requires experienced counsel that understands the unique position of lenders in these proceedings.

At Maddin Hauser, the attorneys in our Financial Services and Real Property Litigation Group represent mortgage servicers and lenders across the country in eminent domain, inverse condemnation, and regulatory takings claims. Our substantial experience and nationwide capabilities allow us to effectively protect mortgagee interests so that lenders emerge from the process in the best possible positions.