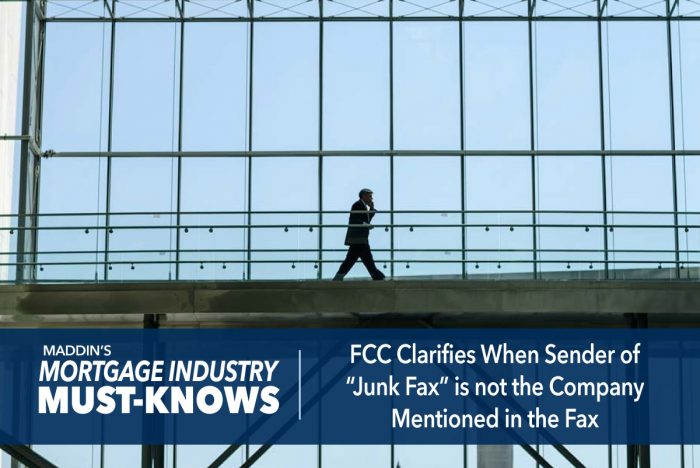 The Consumer & Governmental Affairs Bureau of the FCC issued a Declaratory Ruling yesterday (Ruling: https://docs.fcc.gov/public/attachments/DA-20-1116A1.pdf) clarifying the FCC’s definition of “sender” of a facsimile under the Telephone Consumer Protection Act, as amended by the Junk Fax Prevention Act of 2005 (TCPA).

The FCC ruled that “the fax broadcaster, not the advertiser, is the sole “sender” of a fax for the purposes of the TCPA when it engages in conduct such as fraud or deception against an advertiser if such conduct leaves the advertiser unable to control the fax campaign or prevent TCPA violations (including cases in which such fraud or deception violates a fax broadcaster’s contractual commitment).” Under the FCC’s clarification, the sole liability rests with the fax broadcaster because the the unauthorized faxes cannot reasonably be considered to be “on behalf of” the advertiser. However, an advertiser still remains liable for unauthorized acts if it directs the acts, consents to them, or is aware of them and fails to take action to prevent further misconduct.