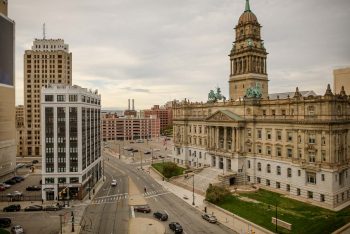 The IRS’ Employee Plans Compliance Resolution System (EPCRS) allows plan sponsors to correct various retirement plan problems and mistakes that could adversely affect their tax qualified status. Various iterations of this program have been available for almost 30 years. Two components of the program are based upon correction of the plan’s failures before the IRS discovers the problem during an audit. Certain problems must be corrected by filing an application with — and paying a fee to — the IRS under the Voluntary Compliance Procedure (“VCP”) while others may simply be self-corrected.

Over the years, the IRS has authorized more and more self-correction through EPCRS. Plan sponsors generally favor self-correction because it is less expensive and not subject to long delays waiting for the IRS to review and approve a proposed correction methodology. The biggest disadvantage of self-correction is that there is no certainty that the correction has been handled appropriately.

Recently, the IRS published Rev. Procedure 2019-19, which modifies and supersedes prior revenue procedures for the EPCRS program. Like earlier revisions to the program, the recently issued Revenue Procedure authorizes new instances where self-correction is available (as opposed to a required filing with the IRS of a VCP application). Expanded self-correction is now authorized for correcting operational failures by a retroactive amendment if the following conditions are met:

Furthermore, self-correction is available for certain plan document failures if:

The third area in which self-correction has been expanded deals with plan loan failures. Generally, self-correction is now available to cure such problems as the failure to obtain spousal consent, correcting defaulted loans and violations of the limit on the number of loans available under the plan document.

EPCRS has been one of the great success stories in the IRS’ administration of qualified retirement plans. Unfortunately, with regard to the VCP program requiring the submission of an application and a review by the IRS, its resources have been taxed to the point where the processing of the applications is often delayed for a year or more. For this reason, the IRS continues to develop more and more situations where self-correction is possible. This development will only help further voluntary compliance in the future.

Read the article as published in The Oakland Press Vitality insert: