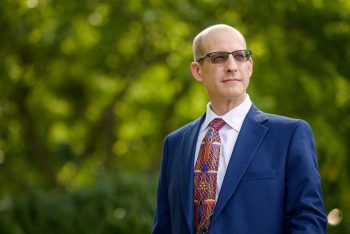 Franchisor Lease Addenda: Just the Three of Us

By Gary A. Kravitz

Lease negotiations are traditionally a two-party activity; you have the landlord and the tenant going head-to-head to work out the best deal. When dealing with a franchisee as a tenant, however, there is a third party lurking in the background: the franchisor.

Closely connected with the above provision is a second assignment clause allowing the franchisor to assign the lease to a new franchisee. As with the assignment to franchisor provision, landlords can benefit from this provision. A new tenant is put into the space and the landlord has no build-out costs and no commission payments. Franchisors desire this provision because many franchisors either: (a) do not have a business plan that includes company owned stores; or (b) may not have the administrative capacity to manage a company store in a location far from corporate headquarters. Allowing a franchisor to assign the lease to a new franchisee also gives the franchisor the ability to continue business in a desirable location or target market.

Notice Provision and Right to Cure

Most franchisor lease addenda also contain a requirement that the landlord give the franchisor notice of defaults that occur under the terms of the lease. Notice of a default from the landlord affords a franchisor the ability to address a breach in the lease before there are no options left. The landlord also benefits from this requirement by having a second party ready to cure a breach of the lease. If the landlord agrees to provide notice, and the provision is left in the addendum, rather than moved to the lease, landlord’s counsel must consider another critical issue. There should be consistency between the lease and the addendum language with regards to notice. In many landlord form leases, a landlord does not have to provide notice in the event of a failure to pay rent.

Along with notice, franchisors frequently request: (a) the right to cure the franchisee’s defaults; and (b) an additional time period to cure such defaults. As noted previously, granting franchisor the right to cure a franchisee’s breach benefits both parties. The additional time period to cure, however, can be more problematic.

The final addendum item to address is a landlord security instrument that often directly conflicts with the standard security interests of franchisors. Quite frequently, landlords will want to take a security interest in the equipment and inventory of a franchisee. A few states currently afford landlords a statutory lien right over tenant’s equipment and inventory. Where the statutory framework is missing, landlord’s counsel may seek to provide for a landlord’s lien in the lease.

In those leases involving a franchisee, the franchisor will, in many instances, be the party that provides the equipment and inventory for the franchisee’s operations either on a rental or financed basis.

As with many lease negotiations, the outcome of these various issues will depend on which party has the greatest amount of leverage. Nevertheless, there is often enough middle ground to arrive at a compromise that benefits all parties. By spotting the issues that may arise in franchisor addenda, and bringing potential solutions to the negotiation table, the landlord and the franchisor each may realize greater protection than if they were operating without a franchisor addendum.