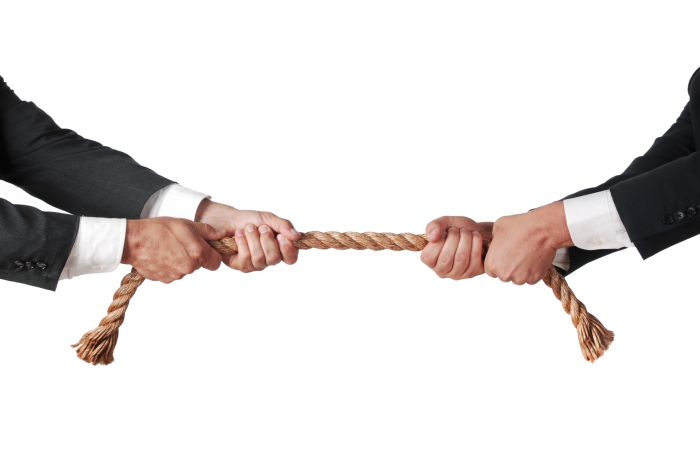 Getting Unstuck: Deadlock Provisions in Operating and Shareholder Agreements

In some contexts, a 50/50 split signifies equity and fairness. But when equal owners of a business find themselves at loggerheads over significant issues, a 50/50 split can lead to tension, acrimony, and paralysis that can threaten the relationship between the owners and pose an existential threat to their company’s survival.

Whether a business is a corporation, general or limited partnership, limited liability company (LLC), or another type of entity, deadlocks between owners on significant matters are always a possibility where voting rights and equity interests are evenly split among shareholders, members, or partners. Unless the owners have established a clear mechanism for resolving deadlocks, they could find themselves in court asking a judge to resolve the stalemate through dissolution or other less-than-desirable options. This is rarely in the best interests of the owners and the company. The optimal way to minimize the threat posed by deadlocks and avoid costly and disruptive litigation is to include deadlock provisions in a shareholder and operating agreement.

Not Every Disagreement Between Owners Is a “Deadlock

Rarely an hour goes by without a business owner making a decision involving the company. But most decisions don’t require the approval or consent of the majority of all shareholders, partners, or members because they are relatively minor and do not involve the operations, direction, or future of the business. Two owners with equal voting rights may disagree on what color paint to use for their reception area, but that is hardly the type of big-picture disagreement a clause in an operating or shareholder agreement is designed to address.

The kinds of issues that can lead to consequential deadlocks requiring a dispute resolution mechanism usually involve matters outside of the ordinary course of business or those that impact the fundamental direction of the company, such as a potential merger or acquisition, real estate purchase, or operating loan. For this reason, any deadlock provision should begin by clearly defining the types and scope of issues and disagreements that could trigger its use.

The sports world uses a variety of ways to resolve ties – overtime, shootouts, extra innings, and sudden death among them. Similarly, business owners have many options for settling ties among owners on significant issues. Four of the most common deadlock provisions are:

Like “sudden death,” the name is purely metaphorical. It simply refers to a “buy-sell” agreement or arrangement that can be triggered in case of a deadlock.

Such clauses essentially allow one owner to make an offer to buy out the other owner at a specific price and other terms. The offeree must then either accept the designated price and terms or buy the offeror’s interest for the same price and on the same terms originally offered, assuming the owners have equivalent percentage interests in the business.

A shotgun/Russian roulette provision is a pretty blunt instrument and is not without risk. Often, just the possibility that owners may find themselves on the outside looking in after the provision is triggered is enough to motivate the parties to find a way to resolve their differences.

When two or more business owners compete for control amid a deadlock, an auction can be a very workable solution. It is similar to a shotgun mechanism because the offering owner may have the opportunity to pay a price of their choice, including a premium. However, an auction is very different from a shotgun approach because the auction process does not penalize the owner for making a low offer because the outcome simply depends on who ultimately makes the highest offer.

In this offshoot of a shotgun deadlock clause, each owner submits a sealed offer for the others’ interests in the company to an independent and neutral third party. The third party then opens the bids simultaneously, with the highest sealed bid winning, meaning that the owner with the highest bid will be required to purchase the others’ interests at the stated price.

When deadlocked business owners take their dispute to court, they put their collective fate in the hands of a judge who may know the law but may or may not adequately understand the individual business or industry as a whole. While a tie-breaking mechanism also involves vesting a third-party neutral with authority to decide how to resolve the deadlock or value the owners’ interests, that person is usually someone with specific industry knowledge. A tie-breaking third party can be the board of an affiliated entity, internal or external professional advisors, one or more mediators/arbitrators, or a recognized industry expert.

Given the genuine possibility of a deadlock among business owners and the existential threat a stalemate can pose to a company’s ongoing viability, owners should ensure their operating or shareholder agreement contains robust and precise deadlock provisions.