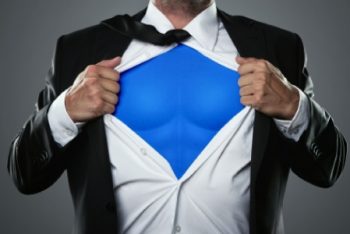 How to be a Hero to Your Retirement Plan Clients

Over the next 18 months, you have a chance to be a real hero to your retirement plan clients. No matter how actively you are involved with the administration, you have a chance to make recommendations that can enhance the retirement plans that your clients maintain.Approximately 10 years ago, the Internal Revenue Service implemented a new procedure which generally requires preapproved retirement plans (prototype and volume submitter plans) to be restated every six years. Plan document sponsors were required to update their plan documents and submit them to the Internal Revenue Service by April 2, 2012. Over the next two years, those plans were reviewed and, in most cases, the plan document sponsor was authorized to begin the restatement process as of May 1, 2014. That process will continue for two years through April 30, 2016.

Now, how do you become a hero? Many plan document sponsors will do little more than send their client a restated document, which merely incorporates all of the same provisions and features that have been used in the past. Unfortunately, the world has changed!

While that plan and those features may have fit the client’s needs 10, 20 or even 30 years ago, they may not make sense today. That being said, now is the time for you and your client to look critically at the plan’s features to see if there are any modifications and improvements that could be made. In many cases, you are the one best suited to help your client with this process.

Recently, some of my clients have said that their plan had become too expensive to operate and they have decided to “shut it down.” In those instances, I have suggested there are ways in which they can ease administrative burdens, reduce administrative costs and even reduce costs or contributions for nonessential or nonkey employees.

In other instances, I have heard from clients approaching their own retirement date, who indicate they are in a position to “shelter” large portions of their income, as long as the costs remain reasonable for the administration of the plan and contributions for their staff of employees. This can be done through a variety of methods, either within the context of their existing plan or by adding a new, more appropriate plan.

Finally, there are a group of my clients whose businesses have changed dramatically since their retirement programs were implemented. In those cases, they are less concerned about personal tax shelter and instead want to provide their employees with a meaningful retirement benefit at a reasonable cost.

Here are a few suggestions that may work in one or more of the three situations I have just described:

If this article strikes a chord with you and you would like to discuss it or have any further questions, please feel free to call upon any of the members of our Benefits Group: Chuck Lax, Mark Wise, and Bill Sigler at 248.354.4030.