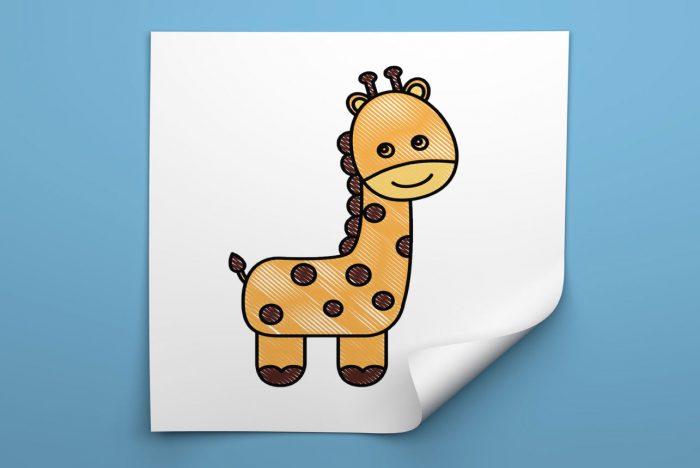 Life Lessons Learned Along the Way: The Jazzy Giraffe

When my kids were young, they always enjoyed the outdoors. Camping and hiking was something that seemed to come freely to them, which certainly pleased their old man. Scouting was a natural progression for my son. Scouting, of course, involves a lot of outdoor activities. It also involves meetings at which important lessons are learned. One of my important lessons came when my son was a Cub Scout and got himself in trouble.

It was early February, and Valentine’s Day was approaching. The task at hand was to draw a Valentine’s Day giraffe for mom. Why it was a giraffe, I have absolutely no idea. Yet, the leader had meticulously mapped out step-by-step instructions as to how this giraffe was to be created.

First, the outline of its body was to be formed. Then legs and, of course, the long neck were to be placed appropriately. Each child began drawing exactly as they were instructed. Each child except mine, that is. In addition to the other skills he was developing early in life, my son was, and still is, quite creative and artistic. He put those talents to use on that giraffe. Somehow, the neck did not look like those the other kids were making. Then the rest of the creature was a little funky. The den leader came over and told my son, “No, this is not the way to do it. Do it this way.”

My son was having none of this. I was about to tell him again to do exactly as he was being told, but then it hit me. He was making his own giraffe for his own mother. Why on earth was I telling him to stifle his creativity, something I always sought to foster in him? Despite another glare from the front of the room, I told him to make the giraffe however he wanted to do it. This instruction was unnecessary, as he was clearly going to do that anyway. When he was done, he proudly showed me the coolest giraffe I have ever seen. I will never forget what he said to me. “Look, Dad. It’s a jazzy giraffe.” Indeed it was. Thankfully, Mom thought so, too.

My young son taught me a lesson that I still use today in my own business. Certainly, it is necessary to have a plan. Often, however, the best plans are the ones that make you different from everybody else. Thank you for that, my boy.