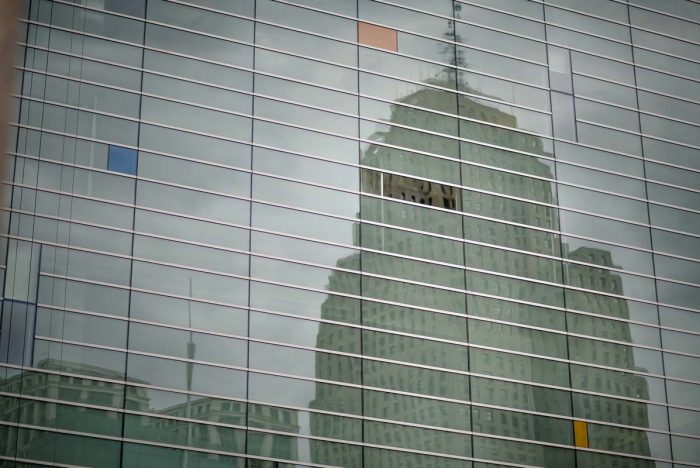 After more than six years of contentious litigation, the City of Pontiac and the owners of the Ottawa Towers office building have settled their long-running dispute. Southfield, Michigan law firm, Maddin Hauser Roth & Heller, PC, which won multiple favorable interim-rulings against the City of Pontiac, has negotiated a settlement in favor of the owners of the Ottawa Towers office buildings for more than $7 million.

The legal battle began in July 2012, when the City of Pontiac, acting through its Emergency Manager, attempted to condemn and demolish the 2,500 parking space Phoenix Center parking structure, iconic amphitheater and pedestrian plaza, despite Ottawa Towers’ specific property rights to use it. The two, eight-story Ottawa Tower office buildings, formerly owned and occupied by General Motors, contain nearly 400,000 square feet of rentable office area, much of which houses State of Michigan offices.

The Emergency Manager’s demolition plan would have damaged the Ottawa Tower office buildings, left them and the entire City of Pontiac with virtually no public parking, and the City had no plan to repair the damaged buildings or do anything more than replace the parking structure with a gravel lot.

On behalf of the owners of the Ottawa Towers, Maddin Hauser attorneys, Steven Sallen and Michelle Harrell, filed a lawsuit in Oakland County Circuit Court, and obtained an immediate injunction preventing demolition, and further preventing the City of Pontiac from interfering with Ottawa Towers’ use and enjoyment of the Phoenix Center parking structure.

Along the way, the City of Pontiac violated the injunction by closing the parking structure without notice or justification, in the middle of a work-day and ordering all tenants and their employees to move their cars. As a result of this outrageous breach of the Court’s injunction, an emergency motion was filed by Harrell and Sallen. The Oakland County Circuit Court took the extraordinary step of holding the City of Pontiac in Contempt of Court for violating the Court’s injunction. Attorney Harrell said: “We were very fortunate that Oakland County Circuit Court Judge Michael Warren was both courageous and steadfast in applying the law to the facts.”

When Judge Warren issued the Injunction back in 2012, he said: “The key issue before the Court today is whether the Constitution matters. It does.”

Beginning in late 2017 and continuing throughout most of 2018, the parties engaged in facilitative mediation with former Hon. Gerald Rosen at JAMS, a global alternative dispute resolution service, with offices in Detroit, where, after multiple sessions with Judge Rosen, they hammered out a settlement.

The settlement completely vindicates Ottawa Towers, and provides for a monetary payment of more than $7,350,000.00 to the owners of Ottawa Towers, including $350,000.00 for reimbursement of attorneys’ fees incurred in defense of the City’s failed eminent domain case, plus confirmation of Ottawa Towers’ parking easement rights in the Phoenix Center parking structure, plus a promise of free parking for its tenants for more than 10 years. In addition, the City of Pontiac reaffirmed specific obligations imposed upon the City to repair and maintain the Phoenix Center on an expedited, and ongoing basis.

Maddin Hauser’s President and CEO, Steven Sallen, praised both his law partner, Michelle Harrell, and his client in securing the settlement: “They say you can’t fight City Hall. Well, Michelle Harrell has stood up to unchecked municipal authorities before, and she’ll do it again. At every turn, we had the facts and the law on our side, and Michelle made sure that the Judge knew it. Just as importantly, we had the complete moral and financial support of our client. He was determined to uphold his legal rights in court and protect his substantial investment in the Ottawa Tower buildings. He trusted our strategy.”

Sallen went on to say, “This was a great win for our client, but also a great vindication of the Rule of Law. Government has to follow the law, just like the rest of us; they cannot ignore the Constitution or make up the rules as they go along. From beginning to end, that is what this case was all about.”