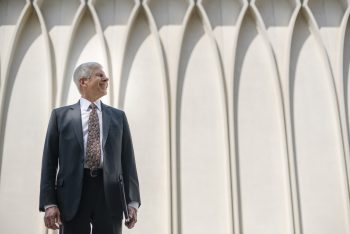 The Treasury Department issued proposed regulations yesterday addressing when a fee waiver will be treated as a disguised payment for services. They will affect many common private equity fund arrangements in which a profits interest is granted in exchange for a fee waiver.

Private equity funds are generally managed by separate management companies related to the general partner. The general partner typically owns a 1 percent capital interest in the fund and a profits interest entitling the manager to a 20 percent share of the fund’s profits. The manager has the right to a fixed fee, usually 2 percent of invested capital, but no profits interest.

Fee waivers are used to defer fee income and convert it to capital gain when private equity funds sell companies. In the typical management fee waiver, the manager waives its right to the fixed fee in exchange for a profits interest in the fund and a special distribution on that interest. However, in some cases managers have waived their fees when they were already due and made sure that they had the broad discretion to define profits in such a way that they could allocate the fees to their profits interest even when the fund was not profitable.

The proposed regulations apply to arrangements that are treated as a “disguised payment for services.” Six non-exclusive factors are used in determining whether a disguised payment for services exists. The most important of these factors is whether the arrangement has “significant entrepreneurial risk.” The following facts create a presumption that an arrangement lacks significant entrepreneurial risk:

The other five factors are (i) the manager holds, or is expected to hold, a transitory partnership interest or a partnership interest for only a short duration, (ii) the manager receives an allocation and distribution in a time frame comparable to the time frame that a non-partner service provider would typically receive payment, (iii) the manager became a partner primarily to obtain tax benefits that would not have been available if the services were rendered to the private equity fund in a third-party capacity, (iv) the value of the manager’s interest in the private equity fund’s profits is small in relation to the allocations and distributions, and (v) the arrangement provides for different allocations or distributions with respect to different services received when the services are provided by a related party.

The proposed regulations provide a number of examples which illustrate that the most important factor in determining whether an arrangement is a disguised payment for services is the presence or absence of significant entrepreneurial risk.

In Example 3, the manager is entitled to a priority distribution of profits. The related general partner has the power to sell or revalue assets to find net gain in any 12-month accounting period to make that distribution. The IRS concludes that there is no entrepreneurial risk to the manager because the allocation is reasonably determinable and designed to ensure sufficient profits.

In contrast, Examples 5 and 6 describe arrangements that do not produce income for services rendered. In Example 5, when the partnership is formed the general partner receives a profits interest intended to replicate a 1 percent fee on capital committed by the limited partners. It is subject to a clawback obligation and the profits allocable to it cannot be predicted. In Example 6, the manager in an investment fund is permitted to irrevocably waive its fixed fee in exchange for a profits interest 60 days before the beginning of the year in which the fee would be payable. The profits allocable to this interest are not readily determinable. The allocation is also subject to a clawback obligation. The IRS found there to be significant entrepreneurial risk in both of these situations.

The proposed regulations indicate that Rev. Proc. 93-27 does not apply to transactions in which one party provides services and another party receives a seemingly associated allocation and distribution of income or gain, e.g., where a manager that provides services waives its fee and a party related to the manager receives an interest in future profits that approximates the amount of the fee. The proposed regulations also indicate that the IRS plans to issue a new exception to Rev. Proc. 93-27 once they are finalized that will apply to a profits interest issued in conjunction with a partner forgoing payment of an amount that is substantially fixed (including a substantially fixed amount determined by formula, such as a fee based on a percentage of partner capital commitments) for the performance of services.