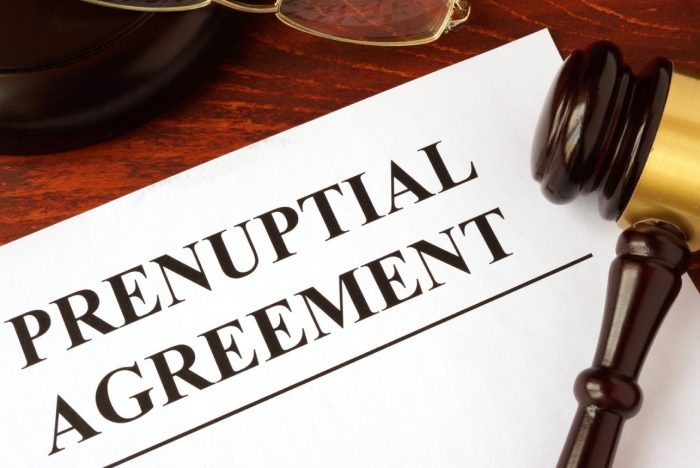 The case of Allard v Allard, No 308194, January 31, 2017 (“Allard III), is a Michigan version of a loosely Hollywood scripted movie and in some way, is a reminder of the Rocky series of movies. In Rocky, over a period of time, moviegoers who followed the series were given an opportunity to experience a gradually developing and maturing Rocky character, effectively played by Sylvester Stallone, and seen through the lens of Rocky’s relationships, professional dealings, up and down boxing skills and competitive challengers. And even though there have now been 7 Rocky movies, would anyone be shocked if a new and improved Rocky 8 hit the big screen at a theatre near you?

Allard has a resemblance to the Rocky series. Following the initial divorce proceedings beginning in 2010, came Allard I, 308 Mich 536 (2014) and then Allard II, 499 Mich 932 (2016). The Allard case dealt with the validity and enforcement of the parties’ antenuptial agreement, also known as a prenuptial agreement. The trial court also considered whether parties can waive the trial court’s discretion under two specific statutes impacting the division of property, MCL 552.23(1) and MCL 552.401, explained more fully below. Family law practitioners were anxious and concerned about the impact Allard III would have on the existing prenuptial agreements family law practitioners have prepared for clients. There was a great deal of consternation and anticipation about the outcome of the appeal of Allard II. On January 31, 2017, Allard III was published and the reaction was predictably diverse and spirited, although the general feeling was that the Michigan Court of Appeals decision was not explained very clearly and the reasoning was not as developed as practitioners had hoped.

I say, “not really.” I maintain that prenuptial agreements are alive and well in Michigan and Michigan courts will continue to scrutinize, analyze and evaluate whether the necessary elements in a particular prenuptial agreement complies with existing Michigan law. And I am not dissuaded by those skeptics who question whether a carefully and thoughtfully prepared prenuptial agreement will still be generally enforced by the courts in this state so long as the standards that have evolved over the past 25 years are satisfied, namely that the parties make a full and complete disclosure of their financial condition to each other (including the sharing of tax returns, financial statements and backup to those documents), that the parties are represented by independent counsel, that the consideration is fair and equitable at the time the agreement is entered into and at the time the agreement is enforced and that the signing of the agreement is not based on fraud, coercion, duress or the like.

Although the Court of Appeals regrettably did not meaningfully emphasize the facts as a basis of its decision, the facts surrounding the signing of the prenuptial agreement in Allard involved the classic adhesion contract. The prenuptial agreement was presented to the defendant 10 days before the wedding and signed 2 days before the wedding and in fact on the day of the wedding rehearsal. The defendant did not have the benefit of independent counsel and there was a grossly disproportionate amount of income between the parties. It was clear in reading Allard that the consideration offered appeared unconscionable when the agreement was signed and ever more so when the prenuptial agreement was enforced . Although the decision did not address this element, the court did not indicate whether the financial disclosure was adequate, although there appears to have been a disclosure.

The Allard III court focused its analysis on its interpretation of 2 statutes, MCL 552.23(1) and MCL 552.401, which taken together allow a court to award assets of the marital estate, with respect to both property distribution and spousal support, to a disadvantaged party, notwithstanding the parties’ agreement to waive spousal support and distribute property in the event of a divorce by contract. However, the courts have not really changed in the way the court goes about its business. Divorces are equitable in nature and if a party seeking to enforce a prenuptial agreement does not satisfy the standards that have been developed by statute and the courts for the past 25 years, that party is generally taking a large risk.

The preferred course of action has been, and continues to be, for the practitioner to prepare prenuptial agreements in compliance with the developed laws and statutes. Practitioners should anticipate and prepare prenuptial agreements that will satisfy each of the essential standards to maximize the likelihood that the prenuptial agreement is upheld in the event of a challenge. Attorneys and their clients should ensure that there is a true and complete sharing of financial information between the parties. The parties should each be represented by independent counsel. And counsel and the parties should be proactive and thoughtful in crafting a property settlement in the event of dissolution (and death) so that the consideration that is being provided to the spouse, especially in situations where there is substantial financial disparity between the parties, is fair and equitable. Finally, by all means, the parties should start the negotiation and drafting process well in advance of the date of the marriage so that neither party feels coerced or pressured as they approach a deeply fragile, stressful and emotional event.

Frankly, the standards by which prenuptial agreements are judged make good sense. The party seeking the preparation of a prenuptial agreement stands a much better chance that the agreement will be enforced if the elements explained in this article are satisfied. And the party seeking protection can avoid a risky situation by accepting the reality that if one is to be married, it is only fair that over a period of time, there is value that each spouse brings to the table and that it seems rather reasonable that parties are treated fairly and equitably up front. Prenuptial agreements, despite what some may think, are prudent and necessary and can be a win-win in many situations.

If you disagree, stay tuned for Rocky 8 and perhaps Allard IV.

1Plaintiff ended up receiving $900,000 in assets and defendant received $95,000 in the trial court after more than a marriage of 16 years.