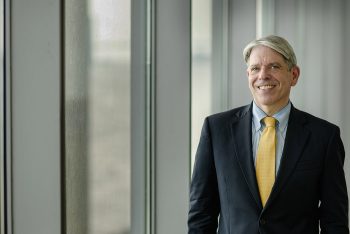 Those Who Forget Where They Come From, Don’t Know Who They Are: Life’s Experiences Shape Who We Are Today

I’ve often heard a client, or prospective client, say (paraphrasing), that “Before I decide to work with somebody, I need to know who they are.”  So, what makes up a person?  We, as individuals, are made up of our prior life experiences that shape how we approach the world around us.  This is why, be it a doctor, lawyer, or plumber – all of which may be equally skilled from a technical standpoint – may be distinguishable from others of equal skill in their profession.  The first in my series of life experiences is about my mom.  I hope you enjoy it.

From an early age, my mom was a “go getter”.  She was energetic, positive, charismatic, a real dynamo, and always had a never say die attitude.  In my mom’s mind, with enough thought and effort, every problem had a solution.  At the age of 12, she acquired the nickname “Cookie” – which endeared and distinguished her to others throughout her life.  For whatever reason, the name seemed to capture that she was a unique individual.  After marrying my father, and discovering that she could not have children, I was adopted as a baby.

She became a teacher early in her life as she loved to be around children, but later gave up teaching to build a career in sales with a national company.  Eventually, she came to have nearly a 1000 people working directly for her and was rewarded as a key note speaker at the company’s national convention.  People were drawn to her because she was grounded and down to earth, yet possessed great charisma.  She also knew how to solve problems and became others “go to” person – from personal issues to business.  My mom was really going places as I grew up – especially in a time when it was difficult for women to succeed in corporate America.

Then, life intervened.  When I was 17, she was diagnosed with cancer.  Given six months to live, she was shaken and decided (in a very un-Mom way) to go quietly – determining she would forego chemo and enjoy the time she had left.  In one of those moments when life requires you to grow up fast, I sat down with her and begged her to seek treatment – simply to increase her odds of surviving even a few more days.

Mom became mom again, decided to fight, and was able to get into a treatment program which was radical for its time.  And, it worked!  One year later, she was in remission.  Unfortunately, cancer is as tenacious as mom was because it would come back another three times over the next 16 years.  Each time she battled and defeated the disease with ever more aggressive and cutting edge therapies.  In the process, she was greatly rewarded — seeing me graduate high school, college, law school, get married, and was able to hold her two grandchildren.  In a period of remission, she was even able to go back to her first love of teaching.  However, as cancer does, it ultimately returned – not being able to be defeated this last time.  As she was dying, I would take Friday afternoons away from my busy career and family to spend with her – just talking about life and what it had taught her.  That time was truly a gift.  Finally, after 16 years of fighting, the battle was over.

What did Mom teach me?

My mom’s experience taught me many valuable lessons, but three stand out.  Passion.  If you are passionate about what you do and the people around you, great things will happen.

Problems are there to be solved.  Don’t be afraid of them.  The successful person sees problems as challenges to be overcome, not permanent roadblocks.

And, finally, perseverance is a must to be successful and help others be successful in life.  You will not always succeed on the first try.  But, if you give up after one failure, you’ll never know the amazing benefits that lay down the road.

These life-changing lessons have shaped how I approach my personal, as well as my professional life.  Passion, perseverance, and innovative insights are at the core of what I bring to my clients every day.