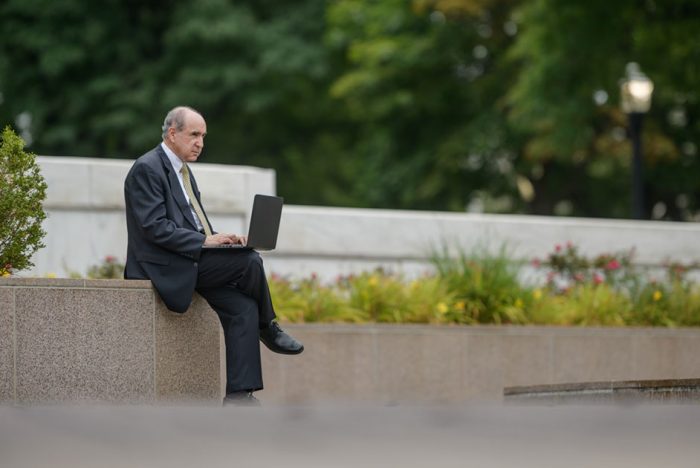 Warning – Pending Proposals in Congress May Thwart Your Estate Plan

“… but in this world, nothing can be said to be certain, except death and taxes.”
– Benjamin Franklin

“The difference between death and taxes is death doesn’t get worse every time Congress meets.”
– Will Rogers

Unfortunately, Will Rogers’ quote above is becoming very true. You may be aware that proposals have been introduced in Congress that will drastically change the estate and gift tax rules.

These proposed changes include the following:

Further details regarding these changes are as follows.

Current Proposals – The For the 99.5% Act and the STEP Act

The Internal Revenue Code currently provides for a federal combined estate and gift tax exemption in the amount of $11,700,000 per donor or deceased individual. This is scheduled to increase each year based on changes in the cost of living index through the year 2025. However, in 2026, the exemption will revert to $5 million as adjusted for inflation calculated from the year 2017. It is anticipated that in 2026 the exemption will be somewhere around $6 million per donor or deceased individual.

On March 25, 2021, Senator Bernie Sanders, along with four co-sponsors, reintroduced a bill that Senator Sanders had previously introduced in 2019, now known as the “For the 99.5% Act” (the “99.5% Act”). The 99.5% Act would attempt to shift wealth from the top 0.5% of people in the country. In addition, two proposals have been made for changing the tax treatment of capital gains at death by adopting carryover basis and taxing capital gains at death.

The proposal by Senator Chris Van Hollen and others is known as the Sensible Taxation and Equity Promotion Act (“STEP Act”). Both the 99.5% Act and the STEP Act, if passed, would greatly change the rules for gift and estate taxes and estate planning techniques. Of course, there is no certainty that either of these proposals will pass in their current form, or even in greatly revised form. However, this is a reminder that steps should be taken immediately to try to protect your assets. This is especially true for families that may have more than $7 million in assets.

The 99.5% Act would reduce the estate tax exemption from $11.7 million to $3.5 million and impose a progressive estate tax rate that would range from 45% to 65%. The good news, if any, is that these provisions would only be effective starting January 1, 2022. The bad news is that this is a “use-it-or-lose-it-now” provision, which means that the $11,700,000 exemption can be utilized either by dying or by making gifts prior to January 1, 2022.

Current law allows an annual exclusion from gift tax of $15,000 per donee for gifts made to that donee by a donor ($30,000 if the gift is joined in by your spouse.) The number of donees of annual exclusion gifts is unlimited. The annual exclusion is only available if the gift is a present interest, that is, that the donee receives the asset or cash outright.  Gifts to a trust in which the donee does not have immediate access to the gift can qualify for the annual exclusion by giving the beneficiary a written notice that they have a short period of time (typically 30 days) in which to remove the gift from the trust. These notices are known as “Crummey notices” based on a court case involving Dr. Crummey. The 99.5% Act would limit Crummey gifts to a trust to a total of $30,000 per donor per year, regardless of the number of beneficiaries under the trust.

While the changes in the estate and gift tax exemptions would be effective after December 31, 2021, various other provisions would become effective upon the date of enactment of the 99.5% Act. This includes valuation discount changes. The 99.5% Act would disallow any discounts for lack of control of an entity or for lack of marketability in cases where the transferor, transferee and the members of the family (1) have control of such entity, or (2) own the majority of the ownership interests (by value) in such entity. Basically, this would eliminate discounts that have historically been applied for lack of marketability and minority interest. These proposed provisions do not reflect economic reality, as owning a minority interest in an entity does not have the same value as owning a majority interest which can control the entity. However, the 99.5% Act ignores this distinction where family members are involved.

Another provision that would be effective upon the date of enactment will be a change in rules for a grantor retained annuity trust (GRAT). The 99.5% Act would limit the design of a GRAT by requiring that the GRAT must have a term of at least 10 years. This will prevent the use of short term, rolling GRATs which were favored by estate planners.  Taxpayers may not be willing to pay a gift tax upon the creation of the GRAT.

An effective estate planning technique has been to create a trust that would continue for a number of generations. These “dynasty” trusts successfully leverage transfer tax exemptions, since the assets in the trust are not included in anyone’s estate. However, the 99.5% Act would provide that an irrevocable trust must terminate 50 years after the date it was created. This would then generate generation skipping transfer tax liability upon the termination.

The STEP Act would generally do away with a step up in basis upon death and adopt a carryover basis regime. Current law provides that assets in a deceased individual’s estate are revalued for basis purposes at their fair market value as of the date of death. This value then becomes the new basis or “cost” of the asset for purposes of determining gain or loss upon a later sale of the asset. We generally refer to this as a “step up” in basis because of inflation, but it can be a reduction in basis depending on the value of the assets as of the date of death. Under carryover basis, an asset inherited at death would retain the basis it had in the hands of the decedent. In this case, the gain would not escape taxation, but would be subject to tax when and if the beneficiary sold the asset.

The STEP Act would also tax that difference in values as of the date of death. Death would be treated as a realization event (that is, treated as if the decedent had sold the asset as of the date of death) and capital gains would be taxed at that time. The beneficiaries would increase the basis of the assets received by them by the gains (i.e., their basis would be market value at time of death, the same as under present law). The estate tax value of the assets would be reduced by the capital gains tax paid.   The STEP Act would allow individuals to exclude up to $1 million of capital gains from income tax. The gain on the appreciation in the value of an asset would also be taxable for gifts made to anyone other than your spouse or a charity. There is an exception for gifts of tangible personal property other than collectibles.

Among other things, this would require individuals to maintain records of historical purchases in order to be able to have information as to the basis to use upon the death of the individual since there would not be a new basis as of the date of death.  The STEP Act would also require all assets in a trust to be revalued and deemed sold every 21 years, thus generating income tax at that time.  As a transition rule, trusts established in 2005 or earlier would have their first deemed realization in 2026. Apparently, the overall system would be similar to the estate and gift tax system that is used in Canada.

The above is just a very brief summary of some of the changes that are being proposed. We recommend that you contact your Maddin Hauser estate planning attorney to discuss how these changes may affect your own estate plan and to determine if any steps should be taken in the near future to try to avoid some of the effect of the proposed changes. Please feel free to contact any of the below listed attorneys.