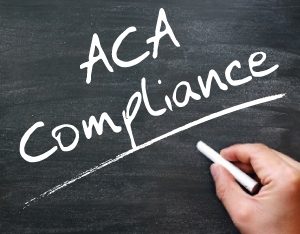 Under special IRS transitional rules implementing the “pay or play” health care penalties under the Affordable Care Act (“ACA”), employers with 50 to 99 full-time equivalent employees (“FTE”) may not have to offer affordable, minimum value health insurance until 2016. However, certain employer actions taken in 2014 in an attempt to delay compliance with the ACA may now cause problems. These employers will be subject to the “pay or play” beginning January 1, 2015.

An employer is only eligible for the transitional relief until 2016 if it satisfies each of the following conditions:

(1) Limited Workforce Size. The employer employs on average at least 50 FTEs, but fewer than 100 FTEs on business days during 2014.

(2) Maintenance of Workforce and Aggregate Hours of Service. During the period beginning on February 9, 2014, and ending on December 31, 2014, the employer does not reduce the size of its workforce or the overall hours of service of its employees, except for bona fide business reason, in order to satisfy the workforce size condition of 50 to 99 FTEs.

A reduction in workforce size or overall hours for bona fide business reasons will not be considered to have been made if such reduction is made to fit within the 50 to 99 FTE transitional rule.

Reductions of workforce size or overall hours of service because of business activity such as the sale of a division, changes in the economic marketplace in which the employer operates, terminations of employment for poor performance, or other similar changes unrelated to eligibility for the transition relief are for bona fide business reasons and will not affect eligibility for that transition relief.

(3) Maintenance of Previously Offered Health Coverage. During the Coverage Maintenance Period described below, the employer may not eliminate or materially reduce the health coverage, if any, it offered as of February 9, 2014.

(i) it continues to offer each employee who is eligible for coverage during the Coverage Maintenance Period an employer contribution toward the cost of employee-only coverage that either:

(A) is at least 95 percent of the dollar amount of the contribution toward such coverage that the employer was offering on February 9, 2014, or

(B) is the same (or a higher) percentage of the cost of coverage that the employer was offering to contribute toward coverage on February 9, 2014.

(ii) in the event there is a change in benefits under the employee-only coverage offered, that coverage provides minimum value after the change; and

(iii) the employer does not alter the terms of its group health plans to narrow or reduce the class or classes of employees (or the employees’ dependents) to whom coverage under those plans was offered on February 9, 2014.

(4) Certification of Eligibility for Transition Relief. The employer certifies on an IRS form, under penalties of perjury, that it meets the eligibility requirements set forth in paragraphs (1) through (3) above.

Is This All There Is To Exempt For The Penalties In 2016 For Employers With 50 To 99 FTEs? Maybe Not.

The IRS transitional relief described above applies to all calendar months of 2015 plus any calendar months of 2016 that fall within the 2015 plan year. It is not available for an employer that modifies the plan year of its health plan after February 9, 2014, to begin on a later calendar date (for example, changing the start date of the plan year from January 1, 2014 to December 1, 2014).

Employers that changed its health care plan year after February 9, 2014 in order to delay implementation of the ACA to a later month in 2014 will be subject to the pay or play penalties beginning January 1, 2015.