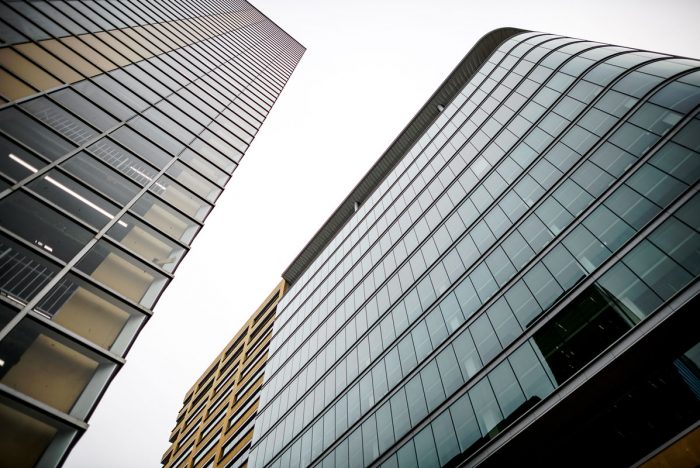 The movie The Bad News Bears was released in springtime. I know this because I saw the movie on Mother’s Day. That morning, I found out that our family’s itinerary consisted of antique shopping. My eight-year-old heart sank. When we arrived after an hour long drive, my spirits briefly revived. The antique shops were on a boardwalk next to a beach in Southern California. “Mom, can we go to the beach?” I asked expectantly. “No dear.” “What about after we go shopping?,” I quickly added. “No, not today.” I resigned myself to a morning of boredom.

What happened next is a subject of dispute in the Saperstein household. I swear by my 1974 Davey Lopes card (the one with the picture of Lopes crouching to field a grounder, except that he is standing in foul territory by the dugout) that I wasn’t plotting to slip away. But somehow, I found myself alone. Maybe, my parents went into separate stores. Maybe, they needed to use the restroom. What I know is that when I looked around, my parents and two sisters had disappeared. I stood in the walkway between stores, not knowing what to do. That’s when I remembered the nearby beach. Before Forrest Gump taught us to make lemonade from lemons, I instinctively knew how to take advantage of this unexpected turn of events. I would spend just a few minutes at the beach, and then come back to the stores. Nobody would even notice that I had left.

It’s hard to say exactly how long I was on the beach. I remember playing in the sand for a while, and that I went to swim in the ocean, but the water was too cold. When I heard a commotion, my sandcastle was starting to come together nicely and I had taken off my shirt because it was getting hot.

I glanced up to see what was happening. I saw my mother walking quickly toward me. In that first split second, I realized I was happy to see her and she looked happy to see me too. My father was next to her. He didn’t seem so happy. My two sisters trailed behind, half running to keep up. I didn’t know the two people next to my parents. They were in police uniform, and looked quite stern.

Much to my parents’ relief, I had not fallen off the pier, or been kidnapped by a cult, or any other of the thousand horrible ideas that flashed through their minds. Rather, I was simply a kid who had made a monumentally bad decision and lived to tell the story.

Our family still made it to The Bad News Bears that afternoon as planned. Because we never recovered my shirt from the beach, the air conditioning in the movie theater left me sitting on my hands to keep warm. I loved the movie, although my enjoyment was mixed with apprehension of the punishment that awaited when we returned home.

Mom, I’ve said this before and I will say it again. I’m sorry.

Eight-year-old kids are not the only ones who make bad choices. Professionals make mistakes as well. When those mistakes ripen into litigation, one of the questions is whether the professional should apologize.

The one golden rule when it comes to an apology is that it must be sincere. The “king” of the insincere apology1 is the admission that “mistakes have been made,” which traces its origin to President Ulysses S. Grant’s 1876 report to Congress about the scandals of his administration. Another equally insincere apology is the “if apology,” as in “I am sorry if you were offended.”

Such nonapologies are not likely to convince the recipient of the apologizer’s acceptance of responsibility or remorse. In turn, the nonapology can backfire and worsen the situation. In the context of a criminal sentencing, one Judge rebuked the Defendant after listening to an insincere apology. Before ordering a lengthy sentence, the Judge said, “I think you are sorry, but I think you are sorry you got caught.” Oberwise v Sec’y Dep’t of Corr, No. 8:11-CV-1124-T-30TGW, 2012 WL 527173, at *5 (MD Fla, 2012).

A sincere apology, on the other hand, can have measurable benefits. For example, in a recent ethics case, In re Motta, Docket #17 MC 220 (issued 5/8/17), the Executive Committee of the U.S. District Court in the Northern District of Illinois suspended a lawyer for rolling her eyes during a trial and muttering an expletive under her breath after an unfavorable ruling. The Executive Committee would have disciplined the attorney further but for her apology and acceptance of responsibility.

Similarly, in In re Coe, 903 SW2d 916, 918-920 (Mo. 1995), the Missouri Supreme Court suspended an attorney for her professional misconduct. Two justices stated that they would change their votes if she apologized. After she did, her punishment was reduced to a public reprimand.

In the context of potential civil litigation, the authors of a law review article concluded that apologies decreased the risk of a civil lawsuit being filed: “’[R]ecent literature provides ample anecdotal evidence that plaintiffs are more likely to sue when they do not get an apology, and more likely to forgo compensation when they receive one.”2 Other articles have suggested that apology laws in numerous states have reduced the number of cases, the value of settlement, and the speed of settlement.3

On the other hand, apologies in the context of litigation carry significant risks. Because judges and jurors are evaluating credibility, any apology can appear to be insincere, even if objectively it is not. In the civil context, cases with apologies that are perceived as insincere might be harder to settle than if no apology had been made.4 As a result of this risk, some challenge the conventional wisdom that criminal Defendants should apologize to the Judge before sentencing.5

Any professional Defendant considering an apology must assess whether it will be considered an admission of fault.6 As in the majority of states, Michigan has an “apology law” that prevents admission of an apology in court to establish liability, but only for medical malpractice Defendants. MCL 600.2155. The measurable benefits of an apology are not limited to medical professionals. Lawyers, accountants, stockbrokers and other professionals could also benefit from similar protection. Of course, in some instances, the professional Defendant may want the apology to be admissible. In such cases, the Defendant should explore ways to express sincere remorse and an understanding of wrongdoing.

In the landmark United States Supreme Court case of Kelo v New London, the Plaintiff Susette Kelo and her neighbors lost their homes. Sometime after the decision, Jeff Benedict, a writer for the Hartford Courant, delivered a keynote address where he spoke about the case. After his talk, Benedict was approached by one of the Connecticut Supreme Court Justices who had voted in the majority in the 4-3 decision where the case had originated. In front of Ms. Kelo, this Justice told Benedict, “Had I known all of what you just told us, I would have voted differently.” He then turned to Ms. Kelo, who had tears running down her face. He said, “I’m sorry.”7

One of the lessons that Robert Fulghum learned in kindergarten is “Say you’re sorry when you hurt somebody.”8 Although litigants must balance that advice with an understanding of risk, an apology in appropriate circumstances can be useful in moving litigants closer to resolution and in limiting risk.

8Robert Fulghum, All I Really Need to Know I Learned in Kindergarten (1986).