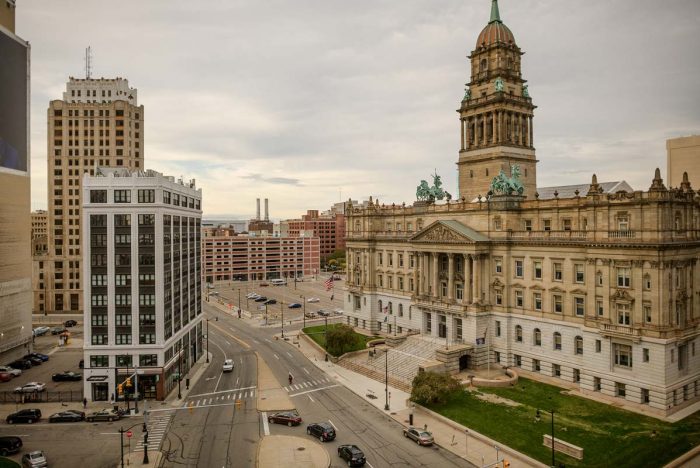 If, like most sensible people, you took a month or so off from thinking about PPP loans after the Paycheck Protection Program Flexibility Act was passed in June, and now you’re waking up in the middle of the night worrying about loan forgiveness, you can relax. We’re heading into the home stretch. And, except for a little math – actually, a lot of math – everything should work out, hopefully . . .

The nice thing about math, of course, is that its not supposed to change. One plus one is always supposed to equal two. However, introduce politics and you get pushed from the realm of pure mathematics into theoretical mathematics. There you have the Treasury Secretary, testifying on September 1st about another coronavirus relief package, saying that Congress should aim for a stand-alone bill to expand the Paycheck Protection Program because its something both sides can agree on.

What then follows are multiple bills defeated for a multiplicity of reasons that would, for example, have made such changes as the following:

It’s unclear whether the results will change as the election gets nearer. But, for now, we’ll put our stake in the ground and outline the rules as we presently know them.

A PPP loan can be forgiven in whole or in part to the extent the loan proceeds are spent on “forgivable costs” during the applicable 24-week period (or 8-week period, if elected) following the loan funding date. Forgivable costs consist of a combination of payroll costs, interest on collateralized debt, lease or rent obligations, and utility costs. No more than 40% of the costs counting toward the forgiveness amount may be spent on non-payroll costs.

There are two versions of the PPP loan forgiveness application. Form 3508 is the basic form. Form 3508EZ is an abbreviated form that can be used by borrowers that meet certain criteria noted in the instructions. Form 3508EZ is generally available for self-employed individuals, independent contractors and sole proprietors with no employees, and borrowers who are not subject to any reduction in their loan forgiveness amount.

You Mean There is Potentially More than One Covered Period?

The amount of payroll costs for the Covered Period or the Alternative Payroll Covered Period, whichever is applicable, is limited to employees whose principal place of residence is in the United States and includes the following:

Payroll costs paid or incurred during the Covered Period or the Alternative Payroll Covered Period, whichever is applicable, count as forgivable costs. Payroll costs incurred but not paid during that period are also counted, as long as the amount incurred through the end of the period is paid by the next regular payroll date.

Employee health care and retirement plan costs paid by the borrower during the Covered Period or the Alternative Payroll Covered Period, whichever is applicable, appear to count as forgivable costs regardless of whether or not the payments relate to employee services provided during that period.

Cash compensation means gross wages before deducting employee deferrals such as 401(k) or 403(b) contributions, health insurance premiums, etc., but not more than $46,154 per employee for the Covered Period or the Alternative Payroll Covered Period, whichever is applicable. The limit of $46,154 represents the annual compensation limit of $100,000 prorated for the 24-week period. The limit would be $15,385 for borrowers who elect an 8-week Covered Period. Cash compensation does not include emergency sick leave or emergency family leave payments that qualify for a credit under the Families First Coronavirus Response Act.

Back in June, the SBA issued a rule which limited the forgiveness of owner compensation to either eight weeks’ worth (8/52) of 2019 net profits (up to $15,385) for an eight-week covered period or 2.5 months’ worth (2.5/12) of 2019 net profit (up to $20,833) for a 24-week covered period per owner in total across all businesses. Later on, the SBA created an exception indicating that owner-employees with less than a 5 percent ownership stake in a C- or S-Corporation are not subject to the owner-employee compensation rule.

The “Other” Forgivable Costs

The other forgivable costs include interest on collateralized debt, lease or rent obligations, and utility costs. These amounts may not be more than 40% of the total forgiveness amount. However, borrowers are not required to include costs in the forgiveness application that they do not wish to be considered in the forgiveness calculation.

Rent payments made to a related party are eligible for forgiveness as long as:

The related party itself, of course, is not eligible to request loan forgiveness for these same amounts. Any ownership in common between the business and the property owner is a related party for these purposes.

The amount of loan forgiveness requested for nonpayroll costs may not include any amount attributable to the business operation of a tenant or subtenant of the PPP borrower or, for home-based businesses, household expenses.

Example: A borrower rents an office building for $10,000 per month and subleases out a portion of the space to other businesses for $2,500 per month. Only $7,500 per month is eligible for loan forgiveness.

Example: A borrower has a mortgage on an office building it operates out of, and it leases out a portion of the space to other businesses. The portion of mortgage interest that is eligible for loan forgiveness is limited to the percent of the fair market value of the space that is not leased out to other businesses. If the leased space represents 25 percent of the fair market value of the office building, then the borrower may only claim forgiveness on 75 percent of the mortgage interest.

When determining the amount that is eligible for loan forgiveness, a borrower who shares a rented space with another business must prorate rent and utility payments in the same manner as on the borrower’s 2019 tax filings, or if a new business, the borrower’s expected 2020 tax filings.

So much for the “good” news. Now the bad news. After going through all of the effort to calculate the amount of the loan that is forgivable, the result can be reduced due to either a reduction in wages or a reduction in full-time employees. The reduction for wages is intended to reduce the loan forgiveness amount by the amount that compensation for any employee is reduced by more than 25%. If an employer has not reduced the salary or hourly wage for any of its employees by more than 25% during the Covered Period or the Alternative Payroll Covered Period, whichever is applicable, as compared to the period from January 1, 2020, through March 31, 2020, the adjustment for a reduction in wages will not apply.

The first step of this analysis is to determine for each employee whether his/her average annual salary or hourly wage decreased by more than 25% during the Covered Period or the Alternative Payroll Covered Period, whichever is applicable, as compared to the period of January 1, 2020, through March 31, 2020. Any employee whose annual salary or hourly wage was not reduced by more than 25% is not included in the wage reduction calculation. You also don’t include any employee whose employment terminated or whose work hours were reduced. This is because the FTE reduction element is intended to address the implications of reducing the workforce. Lastly, any employees who received compensation for any pay period in 2019 that, if annualized, would equal more than $100,000 are not included.

The third step involves calculating the actual reduction in loan forgiveness on a per-employee basis for any employee whose annual salary or hourly wage was found in Step 1 to have been reduced by more than 25%, and for whom the Salary/Hourly Wage Reduction Safe Harbor in Step 2 is not met. In general, this calculation is done as follows:

The calculation for a salaried employee is similar, except the amount in (d) has to be divided by 52 before multiplying it by 24 in (e) due to the fact that salaries are, of course, based on annual amounts.

There are two other exceptions to the FTE reduction:

If you haven’t passed “go” with any of these exceptions, then you start calculating the potential reduction by determining the average number of FTEs on the payroll for the Covered Period or the Alternative Payroll Covered Period, whichever is applicable. For each employee, the first step is to take the average number of hours paid per week during the aforesaid period, and divide the result by 40. The maximum for any employee is 1. A simplified method is permitted that assigns a 1 for employees who work 40 hours or more per week and 0.5 for employees who work fewer hours. If the simplified method is used, it must be applied to all employees for all periods.

Once a forgiveness application is filed, the lender is required to make a decision within 60 days and communicate that decision to the SBA. The SBA generally has 90 days from the date it is notified to make payment to the lender for the forgiveness amount. The SBA can review any forgiveness application at any time for any reason. The lender and/or the SBA may ask the borrower for additional information in the review process. There is an appeal process for borrowers who disagree with the conclusions reached by their lender and/or the SBA.

The SBA it will deem borrowers of loan amounts less than $2 million to have validly made their good-faith certifications that their loans were necessary due to the economic uncertainty that was current at the time of the application’s submission. However, the SBA may still review the forgiveness applications for borrowers with loans of less than $2 million for matters other than loan eligibility.

On September 1, 2020, the majority staff of the House Select Subcommittee on the Coronavirus Crisis issued a memorandum to the members of the subcommittee providing a “preliminary” analysis of the Paycheck Protection Program. According to the memorandum, “The analysis shows PPP helped millions of small businesses and non-profit organizations stay afloat during the coronavirus crisis, but a lack of oversight and accountability from the Treasury Department and Small Business Administration (SBA) may have led to billions of dollars being diverted to fraud, waste, and abuse, rather than reaching small businesses truly in need.”

The concern, of course, is that these abuses by the few (if you can call it that . . . ) will poison the well for the many and make processing forgiveness applications that much harder. Time will tell . . .