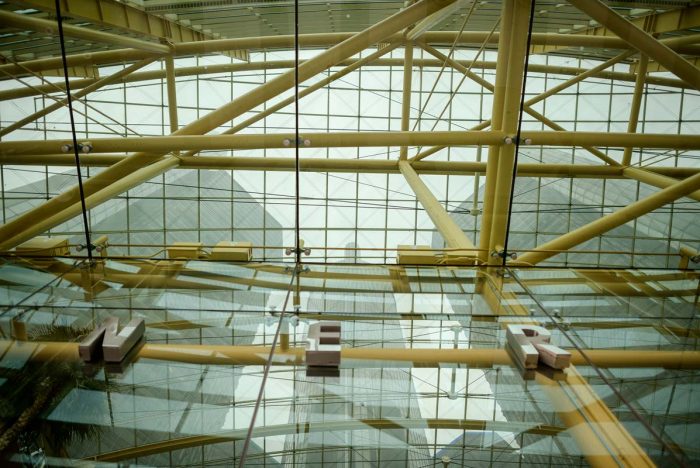 While the country has been in COVID hibernation, the Michigan Supreme Court issued an important decision regarding insurance coverage for defective construction work. Although Skanska USA Building Company, Inc. v. MAP Mechanical Contractors, Inc. (Docket No. 159510 and 159511) was decided in the construction context, it may well have application to other losses. It merits consideration in these regards.

The case arose from an action filed by Skanska against MAP Mechanical Construction Contractors, Inc. (“MAP”), Amerisure Insurance Company and Amerisure Mutual Insurance Company (“Amerisure”). Skanska was the general contractor on the construction of a medical building. Skanska subcontracted with MAP to perform heating and cooling work on the project. Amerisure issued a policy of insurance to MAP, pursuant to which Skanska was an additional insured.

After the project was completed, Skanska determined that MAP had installed certain expansion joints in the building backwards. This resulted in damage to the concrete, steel and heating systems. Rather than have MAP or some other third party remediate the problem, Skanska repaired the damage at its own cost, approximately $1.4 million. It then tendered a claim for those costs to MAP, alleging that MAP was responsible for causing those repair costs. It also tendered a claim to Amerisure as an additional insured on the MAP policy.

Amerisure denied the claim, asserting that the allegedly defective construction work of its insured, MAP, was not a covered occurrence under their policy as it was not an “accident.” Skanska then sued both MAP and Amerisure. Prior to the close of discovery, Amerisure moved for summary disposition, again claiming the defective construction was not an accident within the meaning of its policy. The Court denied that motion, applying the definition of “accident” set forth in Hawkeye Security Insurance Company v. Vector Construction Company, 185 Mich App 369 (1990).

Amerisure proceeded to conduct additional discovery, including the deposition of the project manager. It then renewed its dispositive motion. Skanska filed its own dispositive motion. The court denied both motions. It held that defective work, standing alone, was not sufficient to constitute an occurrence triggering the policy. It did not, however, rule on whether an “accident” had occurred when the expansion joints were improperly installed causing damage to the building.

Amerisure and Skanska both timely appealed. Each claimed that the trial court should have resolved this issue in their respective favors. The Court of Appeals reversed the trial court and remanded the case for summary disposition in favor of Amerisure. It held that there was no occurrence because the only damage was to the work product of an insured under the policy.

The Supreme Court granted Skanska’s application for leave to appeal. It also invited additional parties to file amicus curiae briefs as to whether there had been an occurrence in the construction process within the meaning of the policy, triggering coverage.

The Supreme Court held that an “accident” may include unintentionally faulty work by a subcontractor that damages an insured’s own work product. Consequently, Skanska may be able to recover from Amerisure, as an insured pursuant to the policy, the costs it incurred in repairing its own work on the project caused by its subcontractor, MAP.

The Court noted that the policy at issue contained an exclusion for coverage to repair an insured’s own work product, but contained an exception for work performed by a subcontractor on behalf of the insured. To hold that there was no coverage for damage to Skanska’s work product caused by MAP, the subcontractor and named insured pursuant to the policy, would effectively nullify that exception to the exclusion.

The Court went on to hold that the policy at issue did not limit the definition of “occurrence” based on the owner of damaged property. Therefore, the Court of Appeals erred in concluding that an “accident” cannot include damage to the insured’s own work product. While coverage would not be afforded for damage to an insured’s work when that work was performed by the insured itself, that same limitation does not apply if the work was performed by a subcontractor on behalf of the insured. In this case, MAP damaged Skanska’s work in the course of its work as a subcontractor.

Additionally, the Court held that Hawkeye involved a policy form that had not been used since 1986. Consequently, its holding did not apply to cases decided after that time. For these reasons, the Supreme Court reversed the Court of Appeals and remanded the case for consideration of any remaining issues.

Skanska is significant in that it clarifies, and perhaps expands, coverage for an insured’s own work product under a specific set of circumstances. In this case, both Skanska and its subcontractor were insureds pursuant to the applicable policy of insurance. Following this decision, there may be coverage for work that was previously not widely believed to be covered. The result will likely be an increase in claims by contractors designated as additional insureds.