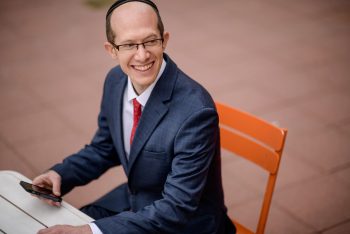 Life Lessons Learned Along the Way: Not Your Mother’s Quarantine Story

Everyone has a quarantine story, but they’re not the type of, “I remember where I was when I heard about [fill in the landmark event]” stories. At the risk of dating myself, I was a kid walking my grandmother out our front door when I heard about the Oklahoma City bombing, and I was on the way back to my dorm room from an early morning – by college standards – racquetball game when I heard about the attack on the Twin Towers. Quarantine stories are different, if only because JFK being shot and putting a man on the moon, for most of us, are fleeting moments and do not fundamentally change us. Getting stuck at my parents’ house, however, together with my wife and six kids (ages 0-8), for three long months, was an altogether different experience.

Passover was approaching and we planned to spend it with my parents who live out of state. As some of you may know, preparing for Passover is no small feat, and when your parents offer to host your family, even the onset of a pandemic will not stand in your way from accepting that offer. I know a septuagenarian couple who has spent every Passover of their 50 years of married life with one set of very elderly parents and has yet to host Passover themselves. But seriously, we felt that we had taken the appropriate precautions, and it was the opinion of my physician father that it would not be imprudent to be together.

The holiday started off memorably, including a strong storm, trees down, a blown transformer, and a fire in the backyard, which had us telling the story of our national redemption from slavery in lighting conditions similar to those experienced by our forefathers and eating tepid matzah ball soup. Ultimately, the holiday came and went, but, of course, the pandemic did not, and we found ourselves guests at my parents’ house for longer than, shall we say, we expected. We developed a routine, however, and it ultimately was the key to surviving and, I dare say, thriving. My amazing parents get all the credit. (My wife also gets major kudos for moving in with her in-laws, which, I understand, would not necessarily be a preferred living arrangement for most daughters-in-law.)

A day during quarantine would begin at 4:30 am when I would begin to work remotely in the beautifully quiet house with my early-morning companion Joe, first name “Cup of.” Depending on the morning, I could get quite a bit done before anybody stirred. But once one of the kids did stir, with their barracks-style sleeping quarters, the others were soon to follow, and things began to fly. Fresh diapers and clothes would be needed, teeth brushing would be required, and breakfast would be served and then cleared. Our second grader and first grader would sit down for “Chromebook school” and keep fairly well occupied for a few hours. Our kindergartener would sit down for Chromebook school and vie with her 20 classmates to tell the teacher about the hole in her sock, what we had for dessert last night, and the chipmunk doing calisthenics outside the window for a few hours. (Kudos are also in order for all the remote kindergarten teachers out there.) Our 4-year-old completed something in the neighborhood of one million puzzles per morning. Our 2-year-old would attempt to sneak out of the house, plunge the toilet, or some similar activity. Our baby required holding when she was not napping.

My mother, bless her, would prepare lunch for the kids during this morning routine, as well as give them private reading and math lessons when they had breaks, and otherwise play counselor to this motley crew of campers. When the Chromebook school day ended, my father, who was then practicing telemedicine, would take his lunch break and he and my mother would take the kids on a short trip to a park, during which my wife and I could do more of our remote work. When they returned, my wife and I would rotate working and assisting my mother with childcare until supper, also prepared by my mother. That would be followed by more playing, and then finally bedtime, also almost exclusively handled by my mother, while my wife and I would continue to work until crashing. This more or less was the routine nearly every day for three months.

Interestingly, during this time at my parents’ house, the portion of the Talmud I had been studying, which previously had been discussing other topics, happened to pivot and focus on the commandment of honoring one’s parents. There are unbelievable stories in the Talmud of distinguished people who, for example, whenever their elderly mother needed to step up into her bed, would get down on all fours, with their back serving as her footstool. There is another story of a mother taking all of her son’s money and throwing it into the sea, and the son remaining silent out of respect for his mother. These are certainly high bars that I can’t begin to relate to, but moving back in with my parents and being on the receiving end of so much kindness from them, as a grown man, was a sharp reminder of the debt of gratitude and honor I owe them for all they’ve done since the time I was the one who needed a diaper and to be held. It’s a small thing, but I tried, for example, to begin standing up for them when they entered the room. I also made an effort to serve them during mealtime. (I hope it also will be a good lesson from my kids about how to treat you-know-who.)

Anyway, we’re back home in Michigan now, and even back to the physical office with masks and hand sanitizer galore. But it’s my aspiration to continue working on the way I treat my parents, even from afar, for example, by calling them more. Actually, they’re planning to move up to Michigan within the year when my father retires, and they’ve even purchased the house next to ours, so hopefully more opportunities for me continuing to work on this in person are coming soon.

While the quarantine has ended, the uncertainty in today’s world is starker than ever. Public health issues aside, the divisiveness in our country today is alarming. Perhaps one way to improve the climate would be to focus on our shared values. And while it doesn’t seem like there even are many of those these days, treating our parents well is something we can all vote for.