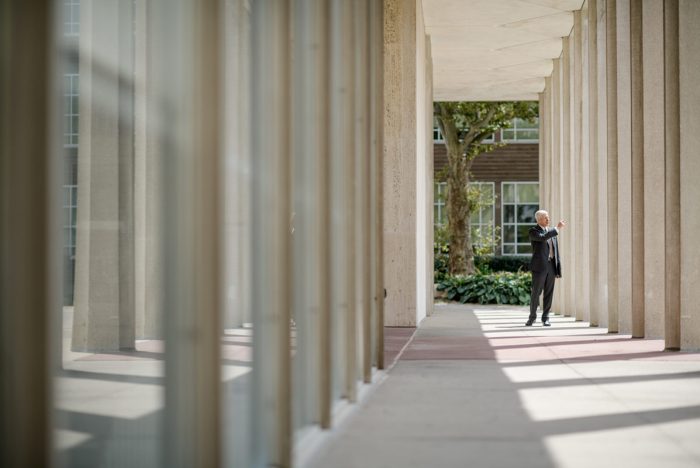 Few tax seasons in recent memory have caused greater consternation than the present one. Are refunds down? If so, are taxpayers paying more or less? Will the economy continue to grow in 2019? What will be the influence on the 2020 election? Will the election result in the Tax Cuts and Jobs Act being modified in 2021?

At this point, meaningful predictions were never in higher demand or thinner supply. However, a few apparitions slowly becoming discernable through the rising fog include the following:

The 35 days of the government shutdown bumped right up to the last few days before the filing season opened. Losing that 35 days clearly put the IRS behind. However, the IRS seems to have closed the gap between the returns that it has received and the returns that it has processed. At the beginning of the filing season that gap was close to double digits. It has now closed to under 5 percent.

Last year, uncertainties about the filing season resulted from the PATH Act’s restriction on issuing refunds that were claiming the earned income and child tax credits until February 15th, to give the IRS time for information matching and to prevent improper payments. That had a visible effect on the filing season. This season is a worse situation with big changes in the tax code that came from the Tax Cuts and Jobs Act, particularly the change in the standard deduction, the loss of personal exemptions, and all the different regulations. It is unclear what ultimately will be the effect of these changes on the filing season as a whole.

From the very beginning of the tax filing season, one of the biggest cries from the hinterlands has concerned refunds. About 80 percent of taxpayers get refunds, and they count on getting them every year, either simply because they have gotten them before, and they have come to expect them, or because in many cases, especially among lower-income taxpayers, they need that money. Shortly after the Tax Cuts and Jobs Act was passed, the Treasury Department recalculated the withholding tables, ostensibly to balance taxpayers’ withholding through their employers or their quarterly estimated tax payments against their actual tax liability. Theoretically, the result would be that taxpayers would get slightly larger paychecks throughout the year, but at the end of the year, when the filing season began, the result would be smaller refunds, and quite possibly a tax bill if the withholding had not been calculated precisely.

Adding to the problems were the IRS’ new withholding calculator. IRS and Treasury repeatedly encouraged taxpayers to go to the IRS website to get their withholding checked using this calculator. Results were mixed and, in many cases, the calculator proved to be unreliable and difficult to use. The taxpayer advocate, Nina Olson, said that she spent two hours trying to get her withholding adjusted correctly using the calculator. The GAO has also pointed out questions concerning the methodology used by the Treasury to calculate the new withholding tables, describing them as “opaque.”

Various stakeholders, such as the Tax Foundation, Senate Finance Committee Chairman Chuck Grassley, and the Treasury Department, have urged people to focus on their total tax liability instead of the size of their refunds. When it is explained without the jargon that tax withholding is meant to help prepare taxpayers to pay the taxes that they owe throughout the year, so that they don’t have a big check to write at the end of the year, they seem to understand. The problem has arguably been that it was never explained quite this way in the run-up to this tax season. Instead, the media blitz put out by the IRS and Treasury was solely about adjusting your withholding.

The final statistics will not be released until October. But, many of the main ones for the filing season will be out near the end of May. At that point, the picture should be clearer as to the size of the refunds and the extent to which they were non-existent for many people who were expecting them.

The IRS issued News Release 2019-40 indicating that about 1.4 million taxpayers have used Free File to file their 2018 return, a 5 percent increase over last year at this time. Now in its 17th year, more than 55 million returns have been filed this way since the program began.

Brand-name software is available to anyone whose 2018 adjusted gross income is $66,000 or less. Seven out of 10 taxpayers qualify. Those whose incomes are more than $66,000 can choose Free File Fillable Forms, the electronic version of IRS paper forms.

Notwithstanding the rosy picture painted by the IRS, the national taxpayer advocate, Nina Olson, has said that only 1.6 percent of individual taxpayers filed using a Free File product. A total of seventy 70 percent of all taxpayers who are eligible to use the products did not do so.

The national taxpayer advocate, Nina Olson, appearing on March 7, 2019, before the House Ways and Means Committee oversight panel to comment on the current filing season, made the following points:

According to the Congressional Budget Office (“CBO”), the federal government recorded an estimated budget deficit of $537 billion during the first five months of fiscal year 2019, some $146 billion more than the deficit during the same period in FY 2018. Total receipts were $4 billion less than last year. Individual income and payroll taxes together rose by $2 billion (or less than 1%). Withholding fell by $15 billion (or one 1%). “That change reflects a decline in the share of income withheld for taxes, which more than offset increases in wages and salaries,” the CBO said. Non-withheld payments of income and payroll taxes increased by $9 billion (or 6%). Income tax refunds dropped by $10 billion (or 10%), “partially offsetting the decline in withholding and boosting net receipts,” according to the CBO. Corporate income taxes fell by approximately $14 billion (or 19%). That decline largely reflects the changes made by the Tax Cuts and Jobs Act, which lowered the income tax rate for most corporations to 21% from the prior top statutory rate of 35%. There was a $14 billion (or 90%) increase in revenue from customs duties, primarily because of the new tariffs imposed by the administration during the past year.

The bottom line is that it is too soon to tell how the story will end. But, as the darkness lifts, there is emerging a picture of taxpayers unhappy over their smaller refunds, greater difficulties in filing returns, a decrease in service from the IRS, bigger deficits, and the likelihood of a lot of debate over these topics as the country rolls into 2020.