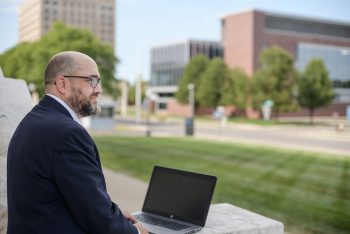 A recent decision in the United States District Court for the Western District of Michigan could greatly impact the indemnity obligations of staffing agencies arising from claims against school districts under Title IX. In that case, King v. Curtis, Case 1:14-CV-00403, the Plaintiffs, four minor girls who attended the defendant’s school district, alleged that a substitute teacher supplied to the district by a staffing agency (who also acted as a volunteer weight room coordinator for the district) had sexually assaulted them. The assailant, Chad Curtis, a former Major League Baseball player, was criminally convicted of several counts of sexual assault and is serving a 7-15 year sentence. Plaintiffs sued Curtis for battery, and sued the school district for violations of their rights to equal access to education under Title IX.

[Staffing agency] shall indemnify and hold the District (and its officers, trustees and agents) harmless from and against all liabilities, damages, fines, penalties, demands, forfeitures, clams, suits, causes of action or any other liabilities or losses, including all costs of defense, settlement and prosecution along with attorney, expert and other professional fees arising out of or related to any negligence, wrongful act or breach of this Agreement or the obligation of [the staffing agency] or any of its employees or others from whom it is responsible in connection with the performance of this Agreement.

The contract separately provided that “[t]he above promise of indemnity and defense shall not apply to liability which results from the sole negligence, wrongful act or breach of this Agreement by the District or its employees or agents.”

Our Motion was subjected to a two-step analysis by the Court. First, the Court’s Magistrate Judge analyzed all arguments and issued a Report and Recommendation, in which she recommended that our Motion be granted and that all claims against the staffing agency should be dismissed in their entirety. The Magistrate based her recommendation in large part upon our argument regarding the “sole negligence” exclusion of the contract. The Magistrate first noted that Plaintiffs’ Title IX claims alleged that the district failed to adequately respond to Curtis’ conduct, and failed to adequately train its employees in the contours of Title IX protections.

The Magistrate then cited the Supreme Court’s lengthy history of holding that Title IX actions against school districts based on sexual harassment and assault are not vicarious liability actions, but directly allege malfeasance or nonfeasance by the district itself. “Thus,” the Magistrate noted, “it is not Curtis’ sexual misconduct that exposes Defendants to potential liability, but instead liability is permitted only if it is determined that Defendants failed to properly respond to Curtis’ misconduct.” (citing, e.g., Davis v. Monroe Cnty. Bd. of Educ., 526 U.S. 629, 645-46 (1999)). The Magistrate further noted that “[t]o the extent Defendants face liability in response to Plaintiffs’ Title IX claims . . . such is the result of their own conduct.”

We have defended a number of cases involving allegations of contractual indemnity of a staffing agency in a school district setting. Indemnity claims such as these are typically intertwined with the plaintiff’s direct claims against the district, and as such, they can be costly to defend. In the wake of the Court’s decision in this case, however, indemnity actions arising from Title IX claims could be more easily defended, at least where a “sole negligence exclusion” exists. For this reason, we highly recommend that all of our clients within the school district staffing industry include such exclusions in their indemnity contracts.