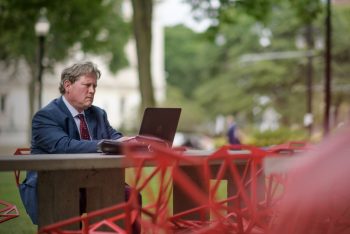 Footsteps at the Door: Perils for Agents When There is No Coverage

For years, creative plaintiffs have sought to find ways to hold insurance agents and brokers liable when insurance coverage is insufficient, or non-existent, for a loss. Sometimes the client of the agent is the one seeking redress. Other times an injured party looks to get into another set of pockets when it is unable to recover compensation for damages. The targets of those efforts have long included the purported insurer of the wrongdoer. Direct actions against insurers, however, can be difficult tasks, particularly in states with statutes barring direct actions, such as Michigan. Still, such actions can be brought under some circumstances, particularly when a judgment has been obtained against an insured party and the plaintiff seeks to garnish the policy. Claims by parties against their own insurance agents have also been the subject of a large body of case law. Agents and brokers of tortfeasors, however, can also be in the line of fire of injured third parties, providing a cautionary tale.

Duties of the Agent and Who May Enforce Them

One of the most fertile battlegrounds in throughout the country has long focused on the duty of an insurer or broker to advise an insured as to the nature and extent of coverage. In Michigan, that duty is generally limited to a narrow set of circumstances that give rise to a “special relationship.” These circumstances involve direct inquiries by an insured for which inaccurate advice is given, a misrepresentation by the agent of coverage offered, an ambiguous request regarding coverage, or assumption by the agent or broker of an additional duty he or she would not otherwise have. Harts v. Farmers Insurance Exchange, 461 Mich. 1 (1999).

A further question arises as to who may prosecute a claim against an agent arising from inadequacy of insurance. The Sixth Circuit recently addressed that issue in Johnson v. Doodson Ins. Brokerage, 793 F.3d 674 (6t Cir. 2015), in which the Court upheld a trial court decision dismissing a claim against an insurance brokerage. National Pastime Sports entered into a contract with the Cleveland Indians to produce Kids Fun Day at an Indians baseball game. The event included several attractions including inflatable slides. The contract required National Pastime to secure a $5 million commercial liability policy. Pastime Sports’ agent, Doodson, did obtain a policy, but it expressly excluded coverage for injuries caused by inflatable slides.

Plaintiff’s estate obtained at $3.5 million judgment against National Pastime, but insurance was lacking to cover the claim. Pastime brought an action against Doodson, which it settled confidentially. Plaintiff’s estate then brought its own action against Doodson to collect the judgment, alleging negligence and breach of contract. The Court found that, under some circumstances, a contracting party may owe a duty to a non-contracting third party where defendant’s alleged negligence has increased the risk of harm to third parties. Loweke v. Ann Arbor Ceiling & Partition Co., 489 Mich. 157 (2011). The Court, however, expressly rejected the notion that failure to perform a contractual obligation to procure proper insurance coverage created such a risk sufficient to impose a common law duty to third parties. The Court further held that plaintiff failed to state a claim for breach of contract because the insurance policy did not identify plaintiff as an intended third party beneficiary, nor was he of a class of people directly referred to in the contract. Consequently, the injured third party’s efforts to bring a claim against the insurance broker failed.

As always, an insurance agent or broker should document delivery of a policy and implore the insured to exercise its duty to read the contract. Additionally, the agent should document any particular inquiries or issues discussed with the insured. This includes execution of documentation showing any coverages offered but rejected in order to avoid a later factual dispute. This should become a matter of a routine business course of conduct.

The issue of liability to third parties is somewhat more complicated, although documentation is also a key here. There is an old saying that if it is not in writing it does not exist. This is an adage to which brokers and agents should pay particular heed to provide themselves with maximum protection.