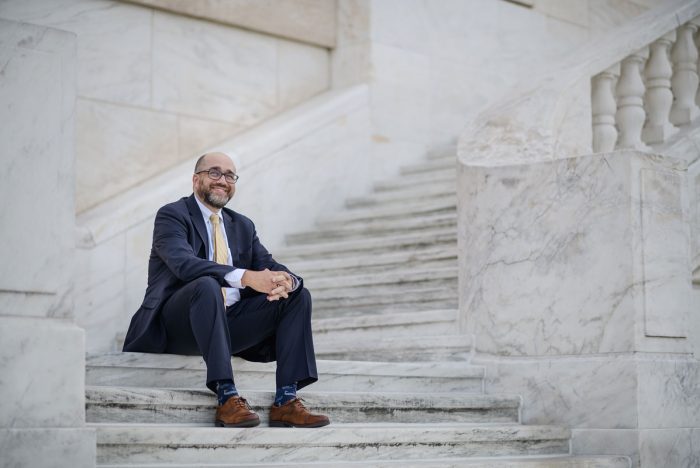 Planet Fitness has long branded itself a “Judgment Free Zone.” The gym’s website explains that its “judgment free experience” includes a “non-intimidating, welcoming and supportive environment,” that “fosters a sense of community among our members.” Not written on its website, or in any publication or agreement issued by the gym, is an unwritten policy that has been the subject of litigation bouncing between Midland County (Michigan) Circuit Court through the Michigan Supreme Court and back since 2015. Namely, Planet Fitness allows its members to use whichever locker room corresponds to their own gender self-identification.

Plaintiff Yvette Cormier became a member of Planet Fitness in January, 2015. A month later, she entered the women’s locker room and encountered a transgendered individual, a man who identified as a woman. Ms. Cormier complained to the front desk and was advised of Planet Fitness’ policy that its members have access to the locker room corresponding with each individual’s self-identified gender. Unsatisfied, Ms. Cormier complained to the gym’s corporate offices, which conveyed the same message back to her. Undaunted, Ms. Cormier returned to the gym several more times and spoke with several other women guests about the presence of “men” in the women’s locker room. On March 4, 2015, Planet Fitness terminated Ms. Cormier’s membership.

Not long thereafter, Ms. Cormier filed suit against Planet Fitness alleging that the gym allowing self-identifying men into the women’s locker room without telling her, and then revoking her membership when she complained violated several provisions of Michigan law. Specifically, Ms. Cormier alleged: invasion of privacy; sexual harassment and retaliation under Michigan’s Elliott-Larsen Civil Rights Act (“ELCRA”); breach of contract; intentional infliction of emotional distress; and violation of the Michigan Consumer Protection Act (“MCPA”). Upon Planet Fitness’ Motion, the trial court dismissed the entirety of Ms. Cormier’s claims, leading to a march up and then back down Michigan’s appellate stepladder. Although all of Ms. Cormier’s claims were subject to appeal, this article focuses on the various court discussions of Ms. Cormier’s claims only under ELCRA and the MCPA.

On the first ladder rung, the Michigan Court of Appeals agreed with the trial court on all counts. In an opinion issued June 1, 2017, the Court of Appeals first held that Ms. Cormier’s exposure to a transgender individual did not constitute sexual harassment or the existence of a hostile environment under ELCRA. Such harassment or hostile environments only exist where a claimant “was subjected to ‘unwelcome sexual advances,’ ‘requests for sexual favors,’ or ‘conduct or communication of a sexual nature.’” Cormier v. PF Fitness-Midland, LLC, Mich. Ct. App. Dckt 331286, June 1, 2017 (“Cormier I”) at *3 (quoting Corley v. Detroit Bd. of Ed., 470 Mich. 274, 279 (2004)). Although Ms. Cormier argued that Planet Fitness’ locker room policy meant that “the transgender man had the opportunity to undress in front of her and to see her undress,” the Court held that such an “opportunity” was insufficient for liability under ELCRA. Id. Instead, ELCRA “requires that the sexual conduct or communication substantially interfered with the plaintiff’s utilization of public accommodations.” Id. The Court therefore held that ELCRA was not violated unless Ms. Cormier “actually experienced the conduct or communication she complains of.” Id.

The Cormier I Court also upheld the trial court’s dismissal of Ms. Cormier’s claims under the MCPA, which generally “prohibits the use of unfair, unconscionable, or deceptive methods, acts, or practices in the conduct of trade or commerce.” Id. at *7 (quoting Zine v. Chrysler Corp., 236 Mich. App. 261, 270-71 (1999)). The Court ultimately held that Ms. Cormier had abandoned her MCPA claim because she had not in her appellate brief cited “to any particular subsection of the MCPA but simply states that a policy allowing men full access to the women’s facilities is a material fact that should have been disclosed.” Id. at *8. Without specifying which of the MCPA’s various subsections (stretching from (a) through (cc)) Planet Fitness allegedly violated, Ms. Cormier’s MCPA claim failed.

On Remand, the Court of Appeals reversed, holding that Ms. Cormier had pled sufficient facts to present her claims under certain MCPA provisions at the trial court level. In so ruling, the Court first delineated several provisions of the MCPA that Planet Fitness had definitively not violated. These included provisions prohibiting:

The remaining three alleged MCPA provisions considered by the Cormier III Court all concerned withholding from a consumer any “material facts” that would have otherwise impacted the contemplated transaction. The Court analyzed Ms. Cormier’s allegations that Planet Fitness “made a representation of fact in a positive manner when they informed her that the gym had separate locker rooms and restrooms for men and women,” and then “failed to reveal the fact that they had an unwritten policy whereby an individual may use whichever locker room or restroom corresponds with the gender with which that individual self-identifies.” Id. at *6. The Court ultimately remanded to the trial court to determine whether that omission was “material to the transaction.” Id. The Court further noted, however, that Ms. Cormier’s own actions “indicate that she strongly preferred a locker room and a restroom in which individuals who are assigned biologically male are not present, and it is thus reasonable to infer that defendants’ failure to inform plaintiff of the unwritten policy affected her decision to join the gym.” Id.

The impact of Cormier I-III is broader than the facts on the face of that case. For one, a Michigan appellate Court has now officially held that the presence of a transgender person in a public place or a workplace does not constitute either “sexual harassment” or the creation of “a hostile environment” under Michigan’s Elliott-Larsen Civil Rights Act. Nor do transgender bathroom policies on their face likely create a claim under ELCRA in the wake of what remains of Cormier I. ELCRA being a Michigan statute, the Michigan Supreme Court’s tacit approval of the ELCRA analysis in Cormier I likely means that for the foreseeable future (absent additional legislative action or the raising of a Federal Constitutional issue by someone in a similar position to Ms. Cormier) ELCRA will not impact any business’s policy allowing transgender individuals to choose their own restrooms.

However, where those transgender bathroom policies remain unwritten, they arguably could violate other provisions of Michigan law, including the Michigan Consumer Protection Act. The true impact of the MCPA on such policies will only be determined after an ultimate determination is made in the trial court, perhaps followed by yet another march up and down the appellate ladder. For now, the only thing clear is that Planet Fitness’ Zone can remain Judgment Free under Michigan law, provided that Planet Fitness writes out its transgender locker room policy for all future potential clients to read.