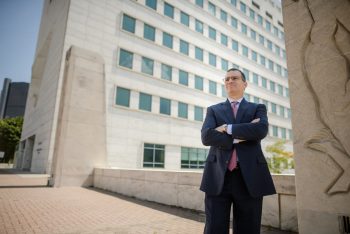 Life Lessons Learned Along the Way: Another Point of View

“Would you be okay working with a gay person?,” my interviewer asked. I shifted uneasily in my seat. It was Spring 1987. I was 19 years old, and had applied to be a resident assistant in the dorms at UC Berkeley for the following academic year. The interviewer asking the question had red hair, dimples, and wore a sundress. She was … maybe … a year or two older than I was.

“I would like to think so,” I answered carefully, “but I don’t really know.”

I am not proud to admit that, at that time, that was true. In fact, back then, I did not believe that I even knew a gay person. I had attended an all-boys high school in suburban Los Angeles where the fear of being labeled a homosexual was high and anti-gay slurs were rampant.

I wasn’t hired for that job. But I was hired as an RA by someone else who either didn’t ask that question, or valued candor and a willingness to grow.

That summer, before the dorms opened for the fall, the new RAs attended a week-long orientation at Kirkwood Ski Resort in the Sierra Nevada mountain range near Lake Tahoe, bonding over team-building exercises and ice cream. I shared the little green frog song I had learned as a camp counselor, complete with hand and face gestures. One afternoon, we all watched a clip from Eddie Murphy’s “Delirious” and laughed together at the thought of a little boy trying to chase the ice cream man. That Eddie Murphy album was my favorite comedy album, one that I had listened to with my friends so frequently that we knew every word by heart.

The facilitator who had shown us the Eddie Murphy clip paused. “Now,” she said, “I would like to show you another clip. As you are watching this, I would like you to consider how you would feel if you were gay.”

“I kid the homosexuals,” Eddie Murphy was saying on stage before fading into silence with a dramatic pause, “because they’re homosexuals.” Nobody in our crowded conference room laughed. As Murphy continued with his rant against gay people, the room was pin-drop still.

Even now, 32 years later, I remember the clammy air of that humid summer afternoon. I recall feeling the sense of vulnerability of a person being attacked not for what they had done, but who they were. I remember the shame of knowing that I had once found this skit humorous. I doubt that an instructor today would use that same technique. But for 19-year-old me, in 1987, it helped me question and change assumptions and biases that I was not even aware that I held.

As litigation lawyers, we are asked on a daily basis to understand our client’s perspective on the issues that are alleged in the lawsuit. We listen, we read, we interview, we depose – all for the purpose of being able to convey to others what it felt like for our clients.

The late basketball coach John Wooden once said, “Failure isn’t fatal, but failure to change might be.” My most valuable training to be a lawyer did not occur during my four years in the classrooms of Berkeley, or even my three years of law school in Ann Arbor. Rather, it was that hour in the Lake Tahoe mountains – that humid, uncomfortable, time-stopping hour – when I confronted my own biases, and learned the importance of trying to see the world through someone else’s eyes.

In our second article, Richard Mitchell provides insight into the theories of alternative and joint liability.