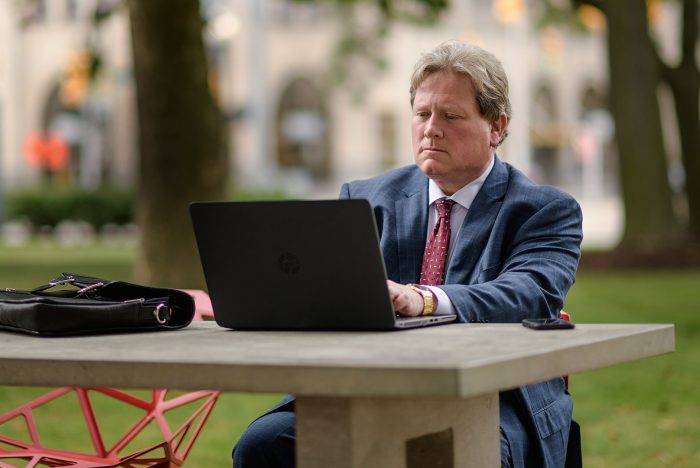 Life Lessons Learned Along the Way: I Really Didn’t Want to Go

It seems crazy thinking back that I didn’t want to do it. I was a city kid growing up in Detroit. My idea of getting out to the woods was playing ball in a sandy field that doubled as a makeshift baseball diamond. Being more than a few feet from pavement seemed absurd. This was who I was, where I lived, where I was comfortable.

I suppose that is why it was such a shock when my mom told me we were going to North Carolina to spend some time in the mountains with Uncle Archie and Aunt Nolie. I had never seen a mountain, nor did I particularly care to do so. The only river I had experienced was the Detroit River running through the heart of downtown. (Note: Not a great place for a swim.) I wanted to see my aunt and uncle, but wanted no part of the wilderness. Yet, mom told me it would be a week. She did not even consult her young child to determine what wise opinion he might have on the matter. It was a done deal and I had no say.

What, I thought, could there possibly be to do there. I would be bored out of my mind, if I got lucky. Mom said there would be plenty to do. I could take a walk in the forest, get some fresh air, look out for wild life like deer and bears. Bears – that sounded great- and not the Winnie the Pooh kind. This is not where I wanted to go. It was not what I wanted to do. It was not where I was comfortable.

It was a long ride down there and when we arrived my mom turned off the engine. It was the last car I would hear for a while. I still remember the ground crunching beneath my feet. That was not natural. The ground did not crunch in the city. As we got closer to the cabin, the crunching stopped and I was enveloped by eerily unfamiliar sounds. After my ears adjusted, I began hearing crickets chirp, leaves rustle in a warm breeze and other foreign rumblings.

I recall that first hike with Uncle Archie. As we wound through the lush trails, my horror and anxiety at this new world began to evaporate. It was not at all what I expected. We reached the river where he told me we would go fishing in the morning. That was a completely new one to me. After exploring my new surroundings and learning that air did not require smog to be breathable, we wandered back to the cabin where my mom and aunt were waiting. I could not believe I was in a real cabin. It did not even have a TV. By the end of the week, I wanted more but it was time to return to the city.

I really cannot believe how much I resisted that trip. After I got home, I figured out there were these things called state parks not that far from where I lived. I went a little nuts and got a tent. I pitched it in the back yard until I figured out how to get it somewhat farther from home. As I grew older, I turned into one of those crazy guys that would strap a backpack on and disappear into the wilderness for three weeks with a couple buddies. When my wife and I had kids, taking them camping from the time they were little, along with the dog and cat, was natural. I fought so hard against something that eventually became so fundamental to my life, all because I neither understood nor was comfortable with it.

I remember this lesson each time my clients present me with a new challenge. Being comfortable is easy. Pushing beyond your own front door is hard. Sometimes, though, that extra reach brings the best things in life.