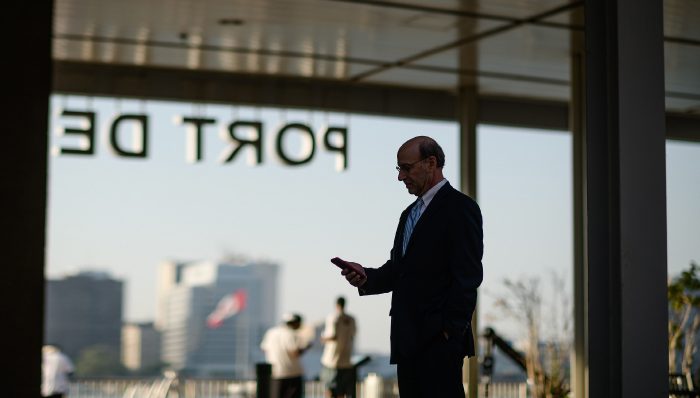 In a March 2018 Decision, the Sixth Circuit Court of Appeals Continues the Recent Appellate Court Trend Expanding Title VII Protections in the Area of LGBTQ Rights and Soundly Rejects the Employer’s RFRA Defense.

In March 2018, the United States Court of Appeals for the Sixth Circuit in E.E.O.C. v R.G & G.R. Harris Funeral Home, Inc., 884 F.3d 560 (6th Cir. 2018), ruled that “discrimination on the basis of transgender and transitioning status violates Title VII.” The Court reasoned that “it is analytically impossible to fire an employee based on that employee’s status as a transgender person without being motivated, at least in part, by the employee’s sex.” In supporting its holding, the Court also paved the way for the possible abandonment of prior precedent that refused to recognize claims of sexual orientation discrimination under Title VII.

Also significant was the Court’s reversal of the district court’s solicitous embrace of the employer’s Religious Freedom Restoration Act (“RFRA”) defense. In treating that issue, the Court rejected an expansive application of RFRA that accorded generous treatment to an employer’s claim of a substantial burden to his or her religious exercise and required the EEOC to overcome nearly insuperable standards in support of its assertion of Title VII rights.

The case arose in 2013, when Aimee Stephens (f/k/a, Anthony Stephens) informed her employer, R.G & G.R Harris Funeral Home (the “Funeral Home”), that she intended to transition from male to female and planned to represent herself and dress as a woman at work. Thomas Rost, the owner of the Funeral Home, terminated Stephens – admittedly because of this disclosure. Stephens, a transgender woman who was assigned male at birth, had held a “public-facing” funeral director position. Under the Funeral Home’s dress code, public-facing male employees wore suits and public-facing female employees wore skirts.

Rost owned three “for profit” funeral homes, and attested that “God [had] called him to serve grieving people.” The company’s website stated its “highest priority is to honor God in all that we do as a company and as individuals.” Rost believed that “the Bible teaches that a person’s sex is an immutable God-given gift and that people should not deny or attempt to change their sex.” The funeral homes, though, were not affiliated with a church, were open on Christian holidays and served clients of all faiths.

Less readily dispatched though was the EEOC’s claim that Stephens had been fired because of her failure to conform to gender-based norms. Since 1989, Title VII has been read to proscribe such discrimination. Price Waterhouse v. Hopkins, 490 U.S. 228, 109 S.Ct. 1775, 104 L.Ed.2d 268 (1989) (holding that an adverse employment action against taken against a woman because she failed to walk, talk and dress femininely violated Title VII). Nonetheless, despite direct evidence of such discrimination, the district court granted summary judgment to the Funeral Home, holding that RFRA precluded Title VII enforcement. This was, according to the district court, because Title VII enforcement would substantially burden Rost and the Funeral Home’s religious exercise and because the EEOC had failed to demonstrate that enforcing Title VII was the least restrictive way to achieve a compelling governmental interest.

But more importantly, the Court also held that discrimination on the basis of transgender or transitioning status, without more, violates Title VII. In so holding, the Court adopted the reasoning of the Seventh Circuit Court of Appeals in Hively v. Ivy Tech Cmty. Coll. Of Ind., 853 F.3d 339 (7th Cir. 2017) (en banc), which was the first federal appellate court decision to hold that Title VII prohibits discrimination on the basis of sexual orientation. In Hively, the Court asked whether the plaintiff, a self-described lesbian, would have been fired “if she had been a man married to a woman . . . and everything else had stayed the same.” The Hively Courtreasoned, if the answer to that question is “no,” then the plaintiff has stated a “paradigmatic sex discrimination claim.”

Finding this straightforward method of isolating the significance of plaintiff’s sex to the employer’s decision to be useful, the Sixth Circuit asked whether Stephens would have been fired if she had been a woman who sought to comply with the woman’s dress code. For the Sixth Circuit, the fact that the answer was obviously no, confirmed that Stephen’s sex had impermissibly affected Rost’s employment decision.

The Sixth Circuit’s reliance on Hively takes that Court one step closer to ruling that sexual orientation is also a protected class. Thus far, only the Second Circuit Court of Appeals has joined Hively in ruling that sexual orientation discrimination constitutes discrimination “because of sex” under Title VII.   In Zarda v. Altitude Express, Inc., 883 F.3d 100 (2nd Cir. 2018) (en banc), the Second Circuit deployed the same test used in Hively (and R.G. & G.R. Harris Funeral Home) to determine “whether an employee’s treatment would have been different but for that person’s sex.”

Having concluded that the Funeral Home violated Title VII’s prohibition of sex discrimination, the Court considered whether the district court had correctly ruled that RFRA precluded the EEOC from enforcing Stephens’ Title VII rights. RFRA prohibits the government from “substantially burden[ing] a person’s exercise of religion even if the burden results from a rule of general applicability,” unless the government “demonstrates that the application of the burden to the person – (1) is in furtherance of a compelling governmental interest; and (2) is the least restrictive means of furthering that compelling governmental interest.” 42 U.S.C. Section 2000bb-1.

The Court began its analysis by first noting that RFRA applies only to suits in which the government is a party. Hence, had Stephens filed a lawsuit, rather than the EEOC, RFRA would have had no application. Based on RFRA’s expansive definition of “religious exercise,” the Court concluded that Rost’s claim that he felt compelled by his faith to “serve grieving people” satisfied that element of the Funeral Home’s RFRA defense.

The Funeral Home argued that Rost’s ability to serve mourners was substantially burdened by having to continue to employ Stephens in two ways. First, the Funeral Home argued that permitting Stephens, as a funeral director, to wear the uniform of the opposite sex would distract the mourners and hinder the healing process. Second, the Funeral Home contended that forcing Rost to violate his faith would pressure him to leave the funeral home industry and end his ministry to grieving people. The Court made short work of these arguments. As to the possibility that Stephens would distract mourners, the Court held that, as a matter of law, a religious claimant could not rely on customers’ presumed biases to establish a substantial burden – just as many courts had held in cases in which employers sought to rely on customer biases to justify other discriminatory practices.  As to the second argument, the Court presumed that Rost had “an honest conviction” that permitting Stephens to represent herself as a woman would cause him to “violate God’s commands” by supporting the idea that sex is not an “immutable God-given gift.” The Court, however, held that, as a matter of law, bare compliance with Title VII, without actually assisting or facilitating Stephens’ transition efforts – does not amount to an endorsement of Stephens’ views. Summing up its ruling, the Court stated that “the fact that Rost sincerely believes that he is being compelled to endorse Stephens’ views does not make it so.” Thus, the Court reversed the district court, ruling that the Funeral Home had failed to show that discrimination substantially burdened Rost’s religious practice.

Although unnecessary to its ruling, the Court also undertook the strict scrutiny analysis that would have applied had it found Rost’s religious exercise to have been substantially burdened. Notably, the Court’s reasoning in this regard suggests that in its view, at least with respect to discriminatory discharge cases, an EEOC enforcement action would nearly always survive strict scrutiny. In particular, the Court reasoned that “failing to enforce Title VII against the Funeral Home means the EEOC would be allowing a particular person – Stephens – to suffer discrimination and such an outcome is directly contrary to the EEOC’s compelling interest in combatting discrimination in the workforce.” As to arguments that the EEOC had not employed the least restrictive means of enforcing its compelling governmental interest, the Court relied on dicta in the seminal case of Burwell v. Hobby Lobby Stores, Inc., __ U.S. __, 134 S.Ct. 2751, 189 L.Ed. 2d 675 (2014). There, the Supreme Court, applying RFRA, struck down the contraceptive mandate promulgated under the Affordable Care Act on the grounds that it was not the least restrictive way to ensure access to contraceptive care. In so holding, though, the Court was careful to warn that its opinion should not be read as a “shield” to “cloak[] as religious practice” race discrimination in the workplace. Thus, the Supreme Court stated that “the Government has a compelling interest in providing an equal opportunity to participate in the workforce without regard to race, and prohibitions on racial discrimination are precisely tailored to achieve that critical goal.” In light of the Supreme Court’s use of the term “precisely tailored,” the Sixth Circuit concluded that enforcement actions brought under Title VII, both with respect to race and an array of other protected traits, “will necessarily defeat RFRA defense to discrimination made illegal by Title VII.”

Notably, the question whether transgender and/or sexual orientation discrimination is prohibited by Title VII may come before the Supreme Court soon. In May 2018, the Funeral Home, represented by a leading Supreme Court advocate, asked the Court to extend the deadline for its petition for writ of certiorari. In its motion, the Funeral Home indicated that the focus of its petition would be the Sixth Circuit’s ruling that transgender individuals are a protected class because, the decision conflicts with those of other circuits. Also in May 2018, two certiorari petitions were filed – one by the employer in Zarda, supra, and a second by the employee plaintiff in Bostock v. Clayton County Board of Commissioners, — Fed. Appx. –, 2018 WL 2149179 (11th Cir. 2018). In Bostock, the Eleventh Circuit refused to depart from its prior decisions holding that “[d]ischarge for homosexuality is not prohibited by Title VII.” The questions whether the protections of Title VII are recognized by the Supreme Court to include employees who suffer discrimination based on transgender status or based on actual or perceived sexual orientation are important ones. Currently, most states do not afford such protections.

The extent to which RFRA provides a defense to transgender and sexual orientation discrimination claims is perhaps less likely to receive the attention of the Supreme Court. Among other things, the fact that RFRA only applies in cases brought by federal agencies and the clarity of the Supreme Court’s caveat in Burwell would seemingly suggest that the issue is not one that merits Supreme Court review.

More generally, given the changing membership of the Supreme Court, for the foreseeable future the Court’s certiorari decisions will be even less predictable than usual.