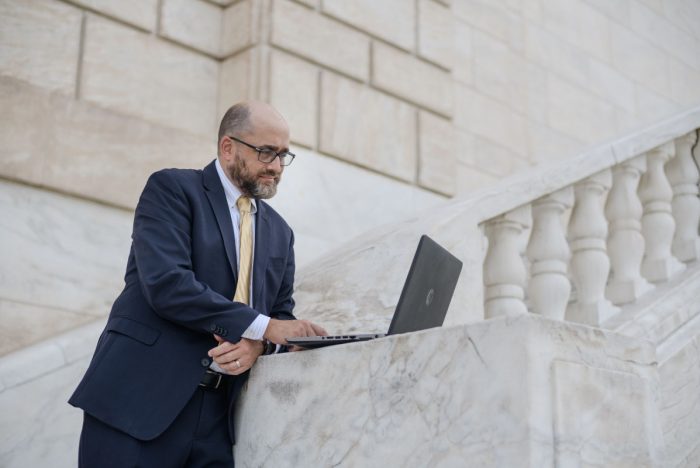 Life Lessons Learned Along the Way: The Battle of Integrity

My Grandfather managed to make it through nearly 4 years worth of battles before he got drafted into the army for World War II. For those nearly four years, Grandpa was considered too essential at home to be drafted. A mechanic by trade, in 1942, he was hired as Foreman at the Willow Run Bomber Plant in Ypsilanti, Michigan, in which position he oversaw the construction of the United States Air Force’s B-24 Liberator bomber, a plane crewed by 10 men which was designed with special wings that gave it a high cruise speed, long range, and the ability to carry a particularly heavy bomb load of 8,000 pounds. All told, approximately 18,500 B-24 Liberators were manufactured for combat, making it the all-time world record holder for the most manufactured bomber, multi-engine aircraft, and American military aircraft in history.

Nearly 8,700 B-24 Liberators were manufactured at Willow Run during World War II, wherein it was extensively used in every theater of operation, although primarily in the Western European theater. Along with bombing strategic targets throughout France and Germany, the Liberators manufactured at Willow Run provided critical help in combatting German submarines in the Battle of the Atlantic, which began in 1939 and didn’t end until the German defeat in 1945. Beginning in 1943, specially modified Liberators, also manufactured at Willow Run, were used in “Operation Carpetbagger,” a series of classified stealth rescue missions that retrieved over 5,000 officers and enlisted men throughout France and Germany who had escaped capture after being shot down.

At some point during its manufacture at Willow Run (in his telling of the story, Grandpa was never precise about exact dates), due to the metal shortages that ravaged America’s production of war machines, the manufacture of the B-24 Liberator changed. Before that unspecified date the manufacture of Liberators under his supervision involved the installation of approximately 360,000 steel rivets. When rivets began to run short, however, causing a severe spike the price of each, revised plans were issued that severely cut the number of rivets in each plane.

Thinking of the safety of the 10-man crew in each Liberator manufactured under his watch, Grandpa’s integrity wouldn’t allow him to continue his role as Foreman unless the original design plans were reinstated. Unfortunately, cost concerns won out, and rather than reinstating the original amount of rivets, he was removed from his position as Foreman, his special draft dispensation was taken away, he was drafted into the army, and within very short order, he found himself following the B-24 Liberators into the Western European Theater, wherein among other skirmishes and conflicts, he participated in the nine-day Battle of Heilbronn in April, 1945, which succeeded in freeing hundreds of Russian prisoners of war, which he then helped return to their motherland, where (to hear him tell it) many of them were to be killed by their own country for the “crime” of having been captured and imprisoned by the Germans.

To put it mildly, even during his relatively short stint in World War II, Grandpa experienced horrors galore. And yet, as a teenager listening to his stories, it was apparent to me that he had no regrets about protesting on behalf of the safety of the crewmen of the B-24 Liberator bombers, thereby losing his special draft dispensation. It would’ve been far more traumatic to silently continue to oversee the manufacture of planes that he believed to be substantially less safe than the original design. Using his integrity to serve the interests of the lives of the Liberator crewmen was worth the war horrors he ended up experiencing.

One of the chief assets of a good attorney is integrity, the act of believing in and striving toward moral principles. In representing clients, I often face issues and questions implicating integrity. When faced with these issues and questions, I typically think of my Grandfather’s smile as he recounted his World War II stories, a smile displaying the full worth of integrity.

In our second article this month, Jesse Roth discusses the enforceability and application of extra-legislative tolling of case initiation deadlines.