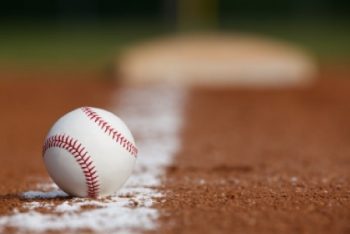 I’m in the third of four generations of Chicago White Sox fans. My dad grew up in the Back of the Yards neighborhood on Chicago’s south side, a few blocks away from the 35th and Shields home of the now demolished Comiskey Park. My dad remembers sitting in the ballpark with his dad, watching a spring game and clutching a thermos of Irish coffee to keep warm. He saw the 1959 World Series team play and his nickname growing up was “Chico,” after Venezuelan shortstop Chico Carrasqeul.

There is another baseball team in Chicago, famous for being lovable losers. No one would accuse a White Sox fan of being lovable. My dad watches the Cubs play on television just to see how creatively and spectacularly they will lose. He’s instilled this habit in my son and they watch games together and laugh at the Cubs. In other words, being a White Sox fan is not about sportsmanship. It’s not even about the love of the game, because you could not love the game and watch the 2013 White Sox season. It’s about loyalty.

We moved from Chicago to Michigan when my kids were four and five years old. I kept them up late so they could watch the 2005 World Series and they proudly wore their White Sox gear to school. After that magnificent season, the Detroit Tigers – the home team in our area and the White Sox’s division rivals – started winning and the White Sox started failing. Badly. The Detroit area is crazy for the Tigers when the team is playing well and my kids suffered for their allegiance to a team that gave them nothing in return. They were ridiculed by their classmates during baseball season. We would talk about how hard it was to stay true in the face of years of losing records, especially when you were exiled to Tiger Nation. We talked about how it would have been easy to start cheering for the Tigers or to swap our Paul Konerko t-shirts for a Miguel Cabrera jersey. But we all agreed that was not who we are and not the type of person any of us wanted to be. For better or worse, we were White Sox fans and nothing was ever going to change that.

The White Sox home opener is against the Minnesota Twins and my kids and I and some other family members will be there. White Sox fans don’t share in other fans’ Opening Day optimism; it’s more a measure of wariness. This year, we’re only a little wary. The White Sox have made some off-season acquisitions that have the team poised to do much better than it has in recent years. This could be our year, the payoff for suffering through so many struggle-seasons. But even if it isn’t, even if our season again is effectively over by August, the White Sox will still, and always, be our family’s team.

Being loyal to a sports team is an emotional choice, not a rational one. While it’s necessary in our profession to be objective and to exercise sound, fact-based judgment, it’s also important to remember that, for our clients, litigation can be an intensely personal and emotional experience. They need to know that their attorneys will remain resolute and stand by them, through every up and every down in their case. When our clients are first shocked and then furious that their former client or former employee has sued them, we listen and support them. The relationship built through that steadfast loyalty lets our clients trust our professional judgment because they know that we truly have their best interest at heart. They know that we are not trying to throw them under the bus in order to move to the next case, because we’ve been their staunch and unwavering partner from the beginning, from Opening Day.