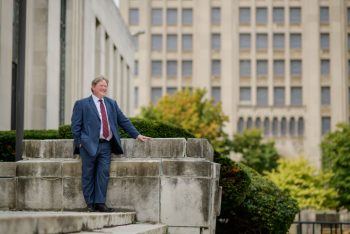 It is a well-established legal principle that liability for deprivation of civil rights pursuant to 42 U.S.C. § 1983 is generally reserved for public entities acting under color of state law. This statute does not typically apply to impose liability on private entities acting in a non-governmental capacity. The lines can become blurred, however, when a private entity enters a contract with a public body. Both the scope of the contract and actual actions of the private entity require careful scrutiny to avoid creating an exposure that does not otherwise exist.

In order to prevail on a claim under Section 1983, a plaintiff must establish “the violation of a right secured by the Constitution and laws of the United States,” and must show that the alleged deprivation was “committed by a person acting under color of state law.” West v. Atkins, 487 U.S. 42, 48; 108 S.Ct. 2250 (1988). Generally, a private entity is not considered a “state actor,” nor does it proceed “under color of state law.” This, however, is not always the case.

Our firm recently achieved the dismissal of a case against a private entity alleged to be subject to Sec. 1983 exposure due to its performance of a contract with a public entity. The Sixth Circuit recognizes three tests for determining whether a private entity is subject to Sec. 1983 exposure due to its association with a public body. See Memphis, TN Area Local American Postal Workers Union v. Memphis, 361 F.3d 898 (6th Cir. 2004).

The first is the public function test. This requires the private entity to exercise powers that are traditionally reserved to the state. For example, a contract that expressly delegates the functions of a state actor to a private entity, with that entity actually performing those functions, would likely create exposure.

The second is the state compulsion test. This requires a plaintiff to establish that the state actor encouraged or even coerced a private party to undertake a particular activity. If the private entity undertakes that activity, even if it is pressured to do so, it will likely be considered to have performed a governmental function under the color of state law.

Avoiding Entanglement in the Web

The burden is substantial for a plaintiff to show that a private entity is acting under color of state law. An entity that is not careful with these protections, however, can forfeit them. The drafting of a contract between the parties is critically important. The duties of the private entity must be clearly defined and separate from the actions required of the public body. Moreover, the parties should strive to avoid ambiguity in the contractual language.

Additionally, a private entity in a business relationship with a state actor should have clearly drafted policies as to how its employees are to carry out their duties. Documentation showing the intent of the parties in the conduct of their relationship can help to avoid unnecessary exposure. As with most potential legal liability, the devil is in the details, so pay careful attention to them.