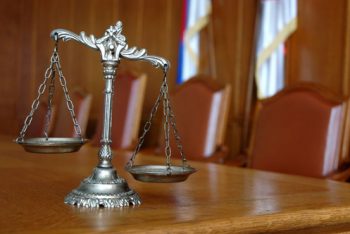 Pontiac business owners today applauded the Michigan State Court of Appeals for ruling in favor of Ottawa Towers, LLC in the City of Pontiac’s effort to demolish the Phoenix Center. “In May of 2012, I received a telephone call from the owner of the Ottawa Towers, Chuck Stephens. Chuck was introduced to me by another client, who indicated that Chuck was in desperate need of strong legal help to defend him against abusive governmental action, in the person of the, then, Emergency Manager. Chuck told me his story, which I would have thought farcical, were not every word of it true. Since then, the Stephens family and Maddin Hauser have forged a strategic attorney/client alliance that has allowed us to vigorously defend his legal rights against the tyranny (literally!) of the state,” said Maddin Hauser President and CEO Steven D. Sallen.

“It has been our honor and privilege to represent this principled gentleman-businessman, who, in exchange for his substantial investment in our community, demanded nothing but fair treatment. Local governmental leaders should have lauded him and his investment in Pontiac (at a time when no one was investing in Pontiac), but instead they waged a war to ruin his business, based upon the big-lie that the Phoenix Center was a dangerous structure whose demolition would save the City of Pontiac millions of dollars. We are proud to have exposed this big-lie and to fight and win for what is right, not only for our client, but also for our community, as evidenced by the recent public statements of many business leaders in Pontiac, applauding our victory in the Michigan Court of Appeals,” stated Sallen. “We’re pleased with the outcome of this case and hope that it finally means an end to the adversarial and confrontational stance the City of Pontiac has adopted—wasting hundreds of thousands of precious taxpayer dollars along the way,” said Mike Stephens, partner with Ottawa Towers LLC. “Our family company would prefer to work collaboratively with city leaders to bring in new businesses, jobs and revenue. Today’s ruling is an important victory and we call on the city to end its other frivolous lawsuits, which are hampering economic development and investment in our city.”
The State of Michigan Court of Appeals ruled in favor of Ottawa Towers in case No. 324548. After Ottawa Towers defeated the City’s attempt to condemn its property interests, the City of Pontiac took the case to the Court of Appeals, appealing Oakland Circuit Court’s decision in case 2014-139761-CC.

Today’s ruling marks the sixth time courts have ruled against the City of Pontiac, and in favor of Ottawa Towers regarding the Phoenix Center. According to the Detroit Free Press, the city had spent $595,000 on the lawsuits as of October 2015.

“Today’s ruling by the State Court of Appeals is great news for residents and small businesses in Pontiac,” said Amir Daiza, operator of Elektricity Nightclub in downtown Pontiac. “As a businessman invested in Pontiac and committed to our city’s rebirth, I believe it’s high time for the city to end its legal witch hunt against Ottawa Towers. These lawsuits send a terrible message to business owners looking to invest in downtown Pontiac. Instead, city government should be working together with businesses and residents to bring back our downtown.”