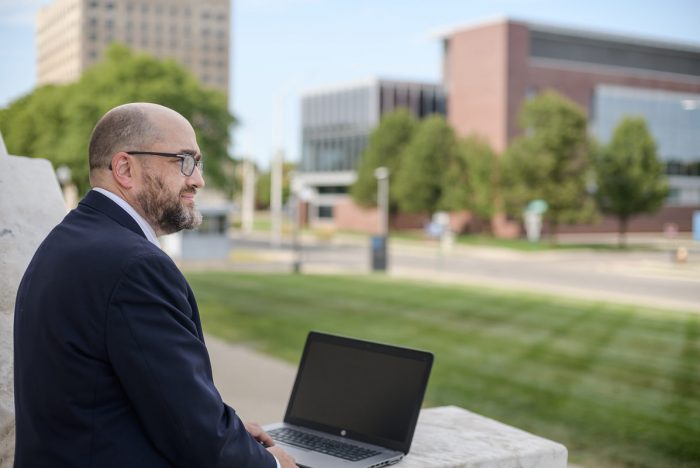 Life Lessons Learned Along the Way: Away From the Fresh Country Air

Before we arrived at the front door, we were told that the house was an “abandoned crack house.” Its interior appearance lived up to its dire reputation. What was I doing there in that abandoned crack house in Detroit? A valid question. I was no city boy. For the first 18 years of my life, I was secluded from anything even slightly approximating that abandoned crack house. I grew up in a town 200 miles from Detroit, with less than 2% of Detroit’s population, and even less than that percentage of the experiences Detroit offered. My boyhood house remains to this day surrounded by fields of rotating corn and alfalfa. The only foul odor that ever lingered in my neighborhood was cow manure, a summer scent that had hints of sweetness – we labeled it “fresh country air.”

Even when I moved to Ypsilanti, Michigan (a city far more urban and far less urbane than my hometown) I remained secluded. Being protected by the boundaries of my undergraduate institution, I remained sheltered from the harsh realities of gritty metropolitan life. So in my Sophomore year when I heard of a service project administered by Alpha Phi Omega (the co-ed community service fraternity I had joined a semester prior) to “clean up an abandoned Detroit crack house,” I was excited and eager. I, along with many of my frat brothers and sisters, signed up right away.

We were told that certain portions of Detroit can be rough places. We were told that this “abandoned Detroit crack house” in particular transcended the idea of a “rough place.” Those warnings were not enough to prepare me for the house’s condition. The sights and smells in that house were starkly educational. The front door opened to a living room whose half-removed green shag carpet squished under our boots down through the subfloor and to the joists. Debris, scattered everywhere throughout the house, included shattered bottles, used batteries, remnants of stripped out wiring and copper pipes, broken power and hand tools, torn and stained clothing, hundreds of cigarette butts, discarded lighters, and boxes of cornstarch, which we were told was a common ingredient with which to cut illicit drugs. In what had been the kitchen, 1970s era appliances rotted. Dozens of open tin cans, stained with chunks of the food that had been contained therein, littered what was left of the Formica countertops. In the bathroom, the lone television in the house lay face down in the yellow and black splotched bathtub, its 19” screen cracked and its rabbit ear antennae bent akimbo. The toilet – I’ll spare you a description of the toilet and the foul odor produced thereby. The rest of the house, the parts we didn’t see, was reportedly even worse; we were told to stay out of the garage, and told not to traverse the stairs to the basement.

Despite the initial shock and awe, we set to work. We spent three hours in the living room, kitchen and bathroom, during which time we filled thirty seven 42-gallon heavy duty contractor trash bags with all manner of detritus. When we left that day, the house looked better, at least a little. Two years later, after many additional three hour shifts by our group and others, that house was transformed, rehabilitated enough that a family in dire need of shelter could move in.

What was there to learn from this experience? That life existed beyond corn fields and fresh country air. That such life can be messy. That through the hard work of a dedicated group of people, such mess can eventually be transformed, rehabilitated, made into something new, something better, something livable.

In my role as a defense litigator, I frequently find myself cleaning up messes of some degree or other. Some of these messes are severe, some not. I have found that all such messes, no matter the severity, can be cleaned up, transformed, and rehabilitated. While I have not yet in my years of practice experienced any client with a case as messy as that abandoned Detroit crack house, I know that if and when I do, through hard work and dedication, our team and I can clean up even that mess.