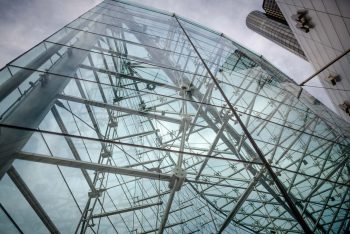 New Guidance on the Taxation of Executive Compensation Under Section 409A

In two internal legal memorandums, the IRS has provided guidance on the taxation of executive compensation under Section 409A of the Internal Revenue Code. Compensating managers goes to the heart of the successful operation of any fund investment. Section 409A sets forth requirements relating to deferred compensation. Under Section 409A, if a deferred compensation plan fails to satisfy specific requirements, then amounts deferred under the plan are includable in gross income. Those deferrals are also subject to an additional 20% penalty tax.

Under a retention agreement, an executive was to receive a bonus for remaining employed until the vesting date, which was the third anniversary of the date of the agreement. The company subsequently determined that the agreement failed to meet the requirements of Section 409A, because the company could impermissibly accelerate payment of the bonus. The company corrected the failure in the third year by removing its discretion to accelerate payment. The executive provided services through the end of the third year at which time the bonus vested.

If a failure under Section 409A occurs at any time during the tax year, there is an amount includable in income that is determined based on the amounts deferred at the of the tax year, reduced by the amounts subject to a substantial risk of forfeiture. The IRS found that the failure to meet the requirements of Section 409A began as of the date the retention agreement was signed and continued until the failure was corrected in the third year.

A company agreed to grant an executive a non-statutory stock option to purchase some of the company’s common stock. The company subsequently declared a dividend payable to holders of its common stock. In the case of the executive, the company reduced the exercise price per unvested option share by the amount of the dividend.

Lessons to be Learned

Section 409A is an addition to, rather than a replacement of, the existing body of law governing non-qualified deferred compensation. The rules can result in harsh tax consequences to arrangements failing to satisfy them. Unfortunately, it is not always apparent when these rules apply. As a consequence, it is necessary to consider their application in a much broader array of situations than has historically been a concern when dealing with executive compensation.