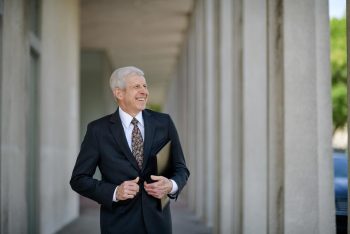 The IRS has released new regulations on “Qualifying Longevity Annuity Contracts” (QLACs). The purpose of the regulations is to make it easier to invest a portion of your retirement savings in annuities that won’t begin to pay benefits until a more advanced age, i.e., beyond 70½, which is the age at which Required Minimum Distributions (RMDs) must generally begin. Doing so reduces the number of years over which you will likely receive an income stream, but it also helps to maximize the amount of income you can receive in later years for a given premium.

Overview of the Required Minimum Distribution Rules
Unless you are; 1) still working, 2) still participating in your employer’s retirement plan and 3) own no more than 5% of the company, your first RMD must be taken no later than April 1st of the year following the calendar year in which you turn age 70½. Subsequent RMDs must be taken by December 31st of each year. If you wait until April 1st of the year after you turn age 70½ to take your first RMD, you will have to take two distributions in the same year: one for the year you turn age 70½, and one for the current year.

To determine your RMD from your IRAs, start by listing the fair market value of your IRAs as of December 31st of the previous year.

You will need to calculate your RMD separately for each IRA you own, but you can take your total RMD from a single IRA or a combination of IRAs. RMDs are not required for Roth IRAs, so you do not have to include them in your calculations.

The RMD results from dividing the value of the IRA by a factor obtained from an IRS table. The factor is typically based on the combined life expectancy of yourself and a hypothetical person who is 10 years younger than you as shown in the IRS’ “Uniform Lifetime Table.” However, if your spouse is more than 10 years younger than you and is your sole beneficiary, then you can use a different table based on the actual joint life expectancy, which could lower your RMD.

New Rules on Longevity Annuities
The new regulations provide an exception to the RMD rules by allowing people to defer a portion of their RMD by purchasing a QLAC up to a specified premium limit. The value of the QLAC is ignored when calculating the person’s RMD, thereby lowering the amount of his or her RMD payments. Employer-sponsored defined contribution plans, such as 401(k), 403(b) and eligible governmental deferred compensation plans, and IRAs may offer QLACs and not run afoul of the RMD rules. QLACs are not available under defined benefit plans or Roth IRAs. Offering QLACs under a plan is optional for a plan sponsor.

A QLAC is an annuity contract which is purchased from an insurance company. The amount of premiums paid for a QLAC cannot exceed the lesser of $125,000 or 25 percent of your account balance on the date of the premium payment. A QLAC must provide that distributions under the contract commence not later than a specified date set forth in the contract. This date must be no later than the first day of the month next following your attainment of age 85. A QLAC is permitted to allow individuals to elect an earlier annuity starting date than the specified annuity starting date.

To encourage individuals to purchase QLACs and address concerns that payments under a QLAC will not be at least equal to the premiums paid for a QLAC, the regulations permit, but do not require, QLACs to provide a return of premium (ROP) feature. In effect, a QLAC may provide for a single-sum death benefit to be paid to a beneficiary in an amount equal to the excess of the QLAC premium payment over the annuity payments actually made to the plan participant or IRA owner. If a QLAC is providing a life annuity to a surviving spouse (discussed below), it may also provide a similar ROP benefit after the death of both the participant or IRA owner and the spouse. The ROP payment must be paid no later than the end of the calendar year following the year in which the participant or IRA owner (or surviving spouse) dies.

Other Alternatives
There are other planning techniques for solving different kinds of problems involving IRA and retirement plan benefits. For example, a charitable remainder trust saves taxes in a number of ways while at the same time providing a regular income stream to you and/or your beneficiaries.

A “conduit trust” is a special type of trust that can be interposed between an IRA and a beneficiary. It enables the beneficiary to receive the RMDs, but not withdraw and spend the balance of the funds in the IRA. It also gives you, instead of the beneficiary, the power to decide who receives the amount remaining in the IRA when the beneficiary dies.

The key is remembering that there is often more than one alternative in any situation.