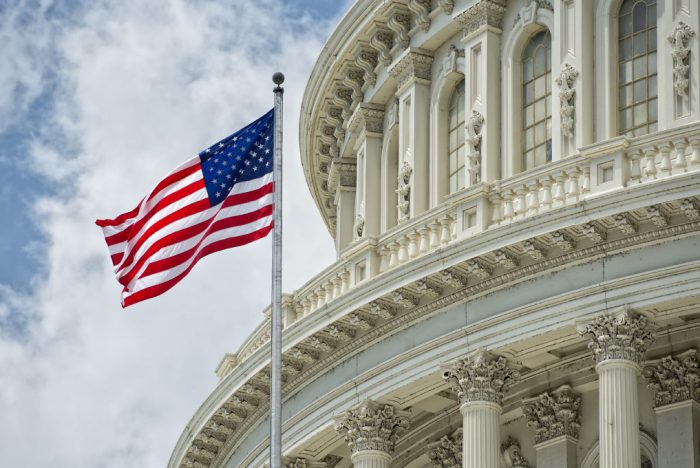 Apparently to show that there is still someone working in Washington, the IRS on November 18, 2020, issued Revenue Ruling 2020-27, which addresses the issue of borrowers who pay expenses in 2020 but whose Paycheck Protection Program (PPP) loan is not forgiven until 2021, and Revenue Procedure 2020-51, which provides a safe harbor for PPP borrowers who have their loan forgiveness denied or who choose not to request loan forgiveness.

The IRS has also issued guidance in the form of FAQs on the rules that apply for purposes of determining whether an employer that acquires the stock or assets of an entity in a transaction that results in the target becoming a member of an aggregated group with the acquiring employer, who is treated as a single employer under the aggregation rules, is eligible for the employee retention credit after the closing.

Section 1102 and 1106 of the CARES Act established the PPP as a new loan program administered by the SBA as part of its section 7(a) Loan Program. It was designed to help small businesses adversely impacted by the COVID–19 pandemic to pay payroll costs and other covered expenses. An individual or entity eligible to receive a PPP loan can have the loan forgiven to the extent the proceeds are used for the following kinds of expenses paid or incurred during the covered period: (i) payroll costs, (ii) interest on a covered mortgage obligation, (iii) any covered rent obligation payment, and (iv) any covered utility payment.

Section 1106(i) of the CARES Act excludes the forgiven amounts from gross income regardless of whether the income would be (i) income from the discharge of indebtedness under section 61(a)(11) of the Code, or (ii) otherwise includible in gross income under section 61 of the Code. On May 2, 2020, the IRS released Notice 2020-32 stating that no deduction is allowed for an eligible expense that is otherwise deductible if the payment of the eligible expense results in forgiveness of a covered loan.

In both situations, the ruling concludes that the taxpayer has a reasonable expectation of reimbursement. At the end of 2020, the reimbursement of each taxpayer’s eligible expenses, in the form of loan forgiveness, is reasonably expected to occur — rather than being unforeseeable — such that a deduction is inappropriate. Citing section 265(a)(1) of the Code and §1.265-1 of the Regulations, the ruling provides that the fact the tax-exempt income may not have been accrued or received by the end of the taxable year does not change this result because the disallowance applies whether or not any amount of tax-exempt income in the form of loan forgiveness and to which the eligible expenses are allocable is received or accrued.

Safe Harbor for Expenses Paid with PPP Loan Proceeds not Reasonably Expected to be Forgiven.

To qualify for the safe harbor, taxpayers must attach a statement to their return titled “Revenue Procedure 2020-51 Statement” that contains:

Lastly, the revenue procedure provides that nothing precludes the IRS from examining other issues relating to the claimed deductions for non-deducted eligible expenses, including the amount of the deduction and whether the taxpayer has substantiated the deduction claimed. It also does not preclude the IRS from requesting additional information or documentation verifying any amounts described in the “Revenue Procedure 2020-51 Statement.”

Revenue Ruling 2020-27 may create problems for some partnerships that took PPP loans. A partner’s distributive share of partnership income and loss will typically vary year to year as partners transfer their partnership interests to third parties and new partners are admitted to the partnership.

Since the expenses funded with a PPP loan would not be deductible in 2020 if the loan is expected to be forgiven in 2021, these expenses would reduce book income in 2020. As a result, the economic cost of those expenses would be borne by the 2020 partners, based upon their respective 2020 distributive shares of partnership income and loss.

For example, assume that in 2020 a partnership is owned equally by four partners, and that one of them sells his or her partnership interest to a third party, effective as of January 1, 2021. Assume further that in 2020, the partnership incurred expenses funded with a PPP loan, which is expected to be forgiven in 2021. The departing partner will bear the economic cost for his or her distributive share of those expenses, because the expenses would reduce book income. He or she would also realize phantom income in 2020 as a result of the nondeducibility of the expenses, and won’t derive any economic benefit as a result of the forgiveness of the loan in 2021.

Section 199A, which was added to the Code by the Tax Cuts and Jobs Act, allows taxpayers other than corporations a deduction of 20% of qualified business income (QBI) earned in a qualified trade or business, subject to certain limitations. The deduction is limited to the greater of (i) 50% of the W-2 wages with respect to the trade or business, or (ii) the sum of 25% of the W-2 wages, plus 2.5% of the unadjusted basis immediately after acquisition of all qualified property (generally, tangible property subject to depreciation under section 167).

Some practitioners worry because the IRS has said that the PPP loan proceeds used for payroll costs, such as wages, are not deductible, there is an argument that they would not count toward the section 199A wage limitation. Treasury is aware of the issue, but it’s not clear if and when it will be addressed.

On November 16, 2020, the IRS provided long-awaited guidance clarifying businesses’ eligibility for the employee retention tax credit (ERTC) when they acquire target entities that have received a PPP loan. Without this guidance, many private equity firms and corporate strategic buyers were reluctant to acquire a target company that had received a PPP loan because of the potential disqualification for significant ERTCs by the acquiring group.

The problem arises because the benefits of PPP loan forgiveness and ERTCs are mutually exclusive. An employer with a PPP loan may not claim the ERTCs. And, if multiple entities are treated as a single employer under the aggregation rules and one entity obtains a PPP loan, then all of the entities in the group are precluded from claiming the ERTCs.

In FAQ No. 81a, the IRS said that for stock or equity acquisitions of a target employer with a PPP loan which has been fully satisfied, or where the borrower has submitted a forgiveness application and established an escrow account satisfying the requirements in the notice issued by the SBA on October 2, 2020, the post-transaction “aggregated employer group” will not be treated as having received a PPP loan if certain conditions are met. In order to be eligible for the ERTCs, the acquiring group must not have received a PPP loan before the transaction closed, and no member of the group may receive a PPP loan on or after the closing date.

This means any employer which is a member of the aggregated employer group post-transaction, including the target employer, may claim the ERTCs for qualified wages paid on and after the closing date if the group meets the requirements for claiming the ERTCs. The guidance also states that the pre-transaction aggregated employer group’s ERTCs for wages paid before the closing date will not be subject to recapture under the CARES Act.

If you have a hankering to discuss PPP loans, and nobody else will talk to you, call us!