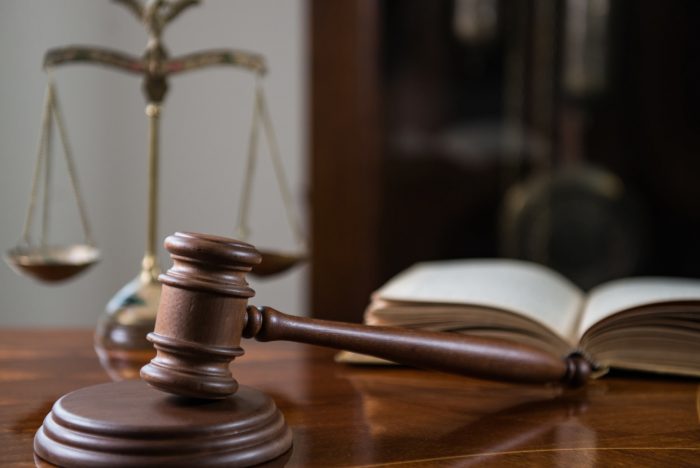 In our first article this month, Rick Mitchell reports on the 6th Circuit’s invalidation of a contractual limitations period in Title VII cases.

In a matter of first impression, the Sixth Circuit recently invalidated a provision in an employment agreement that sought to shorten the statutory limitations period on plaintiff’s claims pursuant to Title VII of the Civil Rights Act of 1964, 42 U.S.C. §2000e et seq. In Logan v MGM Grand Detroit Casino, 2019 WL 4668055 (decided and filed September 25, 2019), the Court noted that Title VII contains its own statutory limitations period incorporated into the law itself. The Court held this limitations period is more than a procedural requirement. It is a substantive right that cannot be waived through an employment agreement.

Barbrie Logan began her employment as a culinary worker for MGM Grand Detroit Casino in August 2007. In the application process, as a condition of employment, she agreed that any claims she may have against MGM Grand arising out of her employment “must be filed no more than six (6) months after the date of the employment action that is the subject of the claim or lawsuit.” The application also stated “[I] WAIVE ANY STATUTE OF LIMITATIONS TO THE CONTRARY.”

Logan resigned on December 4, 2014, alleging she was constructively discharged as a result of the discriminatory actions of her employer. She filed a Charge of Discrimination with the U.S. Equal Employment Opportunity Commission (“EEOC”) on July 8, 2015. The EEOC issued a Right to Sue Letter in November 2015. Logan filed her complaint against MGM on February 17, 2016, 440 days after her resignation. MGM moved for summary judgment, arguing that her employment agreement required her to commence any action arising from her employment within six months, which she indisputedly did not do. MGM asserted that Logan had expressly waived any statute of limitations to the contrary, including claims arising from Title VII. The District Court granted that motion and entered summary judgment in favor of MGM.

The Sixth Circuit began its analysis by noting that “Title VII is unique among workplace anti-discrimination laws.” It mandates an EEOC investigation procedure and affords employers an opportunity to voluntarily cure any violations that may be found prior to commencement of litigation. Generally, an EEOC charge must be filed within 180 days of the occurrence of the alleged discriminatory employment practice. That period, however, may be extended to 300 days in jurisdictions that have ‘state and local law prohibiting the unlawful employment practice alleged . .’ 42 U.S.C. §2000e-5(d), as well as a state or local agency with enforcement authority. Such jurisdictions are known as “deferral jurisdictions.” Michigan, where Logan’s action was filed, is such a jurisdiction. If the EEOC elects not to pursue the matter, it will issue a “Right-to-Sue Letter,” following which the claimant has 90 days to commence litigation. The Court noted that “through the pre-suit process described above, Congress established a procedure whereby . . . the EEOC would have an opportunity to investigate individual charges of discrimination, to promote voluntary compliance with the requirements of Title VII.” The Court held that “where statutes that create rights and remedies contain their own limitation periods, that period should be treated as a substantive right.” Citing Davis v Mills, 194 US 451, 554, 24 S.Ct 692, 48 L.Ed. 1067 (1904). The Court further held that such substantive rights are not waivable by employees.

The Court contrasted Title VII with other anti-discrimination laws in its analysis. MGM cited Thurman v Daimler Chrysler, 397 F.3rd 352 (6 Cir. 2004), which upheld a contractually shortened limitation period in a claim arising under 42 U.S.C. §1981. The Logan Court, however, noted that “Unlike Title VII, however, Section 1981 does not have a self-contained limitation period or an extensive procedure for bringing suit.”

The Court also noted differences between Title VII and the Employee Retirement Income Security Act of 1974 (“ERISA”). In Heimeshoff v Hartford Life & Accident Insurance Co., 571 U.S. 99, 134 S.Ct. 604, 187 L.Ed. 2nd 529 (2013), the Supreme Court upheld a contractual limitation period in the ERISA context. The Logan Court noted that ERISA creates no substantive rights, but regulates retirement benefit contracts. As an ERISA plan is, in fact, a contract, the parties are generally free to include whatever limitations they desire.

The Court also discussed the impact of the pre-suit mechanism contained in Title VII in the context of Congress’s policy objectives. In doing so, it discussed Occidental Life Insurance Co. of California v EEOC, 432 U.S. 355, 97 S.Ct. 2447, 53 L.Ed. 2nd 402 (1977). In that case, the EEOC filed suit against Occidental more than three years after claimant filed the original charge. The District Court held that the EEOC was bound by the 180 day limit for private enforcement actions or, alternatively, to the state limitations statute. In California, that was one year. The Ninth Circuit reversed the District Court. The Supreme Court held that neither period applied to actions brought by the EEOC. The Logan Court discussed the national policy objectives highlighted in Occidental. The Court wrote, “There is no reason to think that the national policies and integrated procedure that are central to EEOC actions are less important to private actions under Title VII.”

The Logan Court summed up its holding succinctly as follows:

Logan seeks to enforce her rights under Title VII. Her employment application contained an agreement that purported to abrogate those rights. However, this abrogation would be prospectively detrimental to her substantive rights under federal law and would frustrate the uniform application of Title VII. We therefore hold that contractual clauses that purport to shorten the limitation period of Title VII to bring suit are not enforceable.

The Moral of the Story

Courts have upheld numerous legal limitations contained in employment contracts, applications and handbooks. In some circumstances, these include shortened time periods in which to bring those very actions. In others, Courts have upheld waivers of the right to access courts of law in favor of binding agreements to arbitrate.

The Sixth Circuit clearly takes a different view of Title VII claims. In finding the limitations period pertaining to such claims to be a substantive right, the Court has held that this period cannot be waived. This is now an important consideration for employers, and their insurers, particularly those doing business in the Sixth Circuit.

We realize that many employers doing business within the Sixth Circuit have similar clauses in their employment agreements, applications and handbooks. With the Court taking the position it has in Logan, we urge those employers to review their agreements with counsel in light of this new holding.

In our second article this month, Tom Werner digs deep into his ancestry and along the way provides historical insights.