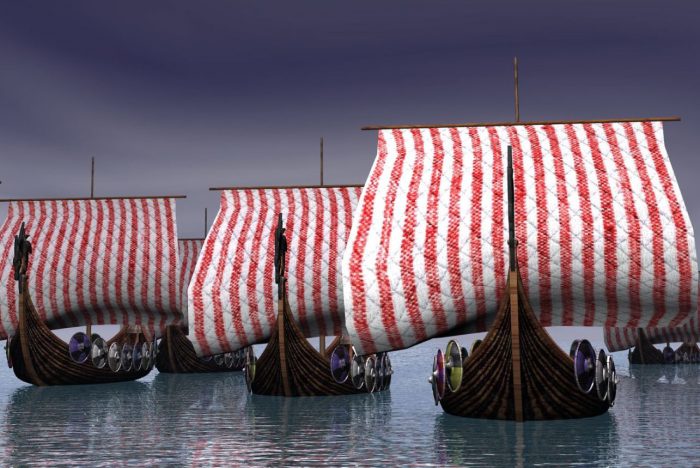 Life Lessons Learned Along the Way: The Waves of Communication: Tracing an Attorney’s Ancestry Part 2

In a past Life Lesson, I recounted the travails of my father as he traced his lineage on his Italian-American mother’s side back to a messenger for the great military leader Garibaldi and also to a protector of the works of Galileo. As forecast at the end of that article, Dad didn’t stop his research there. He has since delved into his Swedish father’s lineage back into the centuries wherein the northern seas were ruled by the Vikings.

Unfortunately, Dad didn’t find links (direct or indirect) to swarthy historical figures like Erik the Red or Leif Erickson. Apparently, spending the majority of the 8th through 11th centuries at sea was not conducive to creation of a system of detailed genealogical records. Instead of specific historical figures, Dad discovered links to Swedish explorers who formed the basis for many modern methods of communication.

While most people associate Vikings with raiding and conquest, they were among the first serious explorers, travelling far afield from their Scandinavian homelands. Our ancestors, Dad found, sailed far and wide because of their amazing seamanship, stalwart longboats, and creativity with communications. On land, communicating was straightforward, using runners and signal fires. At sea, however, runners were impossible and signal fires were both hazards for the ships and could have tipped enemies to their presence. What was left was line-of-sight methods, typically involving flags (rudimentary forms of semaphore) and using their sails for sending basic messages such as: “Come to my aid!”; “Go away!”; “Go left!”; “Go right!”. They could ask questions with their sails such as “Who?” or “Where?” They also had common interjections like: “Hey!”; “Look out!”; and “There are women here!” One special reminder in common use was: “Plunder and pillage first, then burn!” Ah, priorities.

Sail color was one choice for sending messages, but it was limited to only a few bold statements. Vikings needed to use different prints to convey more detailed messages. There were no paisley or floral prints at that time, and plaid was attempted but ruled out due to the need to have books of translation to interpret the pattern of the design, which took valuable time. Furthermore, the confusion between plaids that were close in design made it an unwieldy method for shipboard use. Vikings abandoned this method about the time they occupied the Celtic lands, leaving many of those sails and the matching books to the Celts, who adopted the plaid patterns and cloth to identify families, clans and regions. The Celts called these plaid designs “Tartans.”

Vikings turned to a pattern of wide and narrow stripes of differing colors for their sails, a method that ultimately came to be known as the Norse Code. A subtle pattern of red on a white sail, with alternating wide and narrow stripes could convey a distinct message clearly understood by all longboats in the fleet. Many of those sails and their exact meaning have been lost to history, but the idea lived on. Early 8th century images of Vikings, their longboats and the sail-based Norse Code have largely been destroyed by salt air and water.

Others have built upon the Vikings’ utilization of communication methods using wide and narrow or short and long. For instance, Samuel F.B. Morse drew heavily on the Vikings’ communication methods in developing Morse Code. Even his last name was a corruption of “Norse,” as he was born Samuel Schwartz. His marketing people convinced him that sending and receiving “Schwartz Code” would never fly, as there were too many ways to spell Schwartz. In order to sell his invention, he had to change his name, so he took on the last name “Morse” because it was reminiscent of the Viking-formed “Norse Code.”

Communications aren’t just important on the literal high seas. As attorneys, we often find that our clients are “at sea” in a far more figurative sense. In those occasions, clear, strong, and concise communications are key parts of our representation strategies. In this way, we attorneys owe a great debt to Vikings for developing methods of communications that have influenced our practice to this day. Just as the telegraph and Morse Code were based on work done by the Vikings, so too today’s fast and effective methods of communication build on the work done by Samuel F.B. Morse.

With Dad now having completed his research into his 50% Italian, 50% Swedish lineage, it falls to me to research my heritage on my mother’s side, including all corners of the United Kingdom, Denmark, and France. Stay tuned for what may develop into a whole series of Life Lessons based on this attorney’s ancestry.