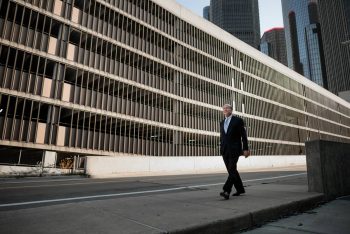 Since 1985, the ABA’s Standing Committee on Professional Liability has studied national legal malpractice claims data and issued periodic analyses of legal malpractice claims. Since 1995, it has produced a booklet called “Profiles of Legal Malpractice Claims” every four years. The last such Profile was published in 2012. It covered 2008 to 2011, and is an impressive undertaking. The Committee is planning to issue its next edition in September of 2016.

The Committee, however, has been unable to analyze claims data on a state-by-state basis. This is understandable given the Committee’s reliance on the voluntary provision of information by insurance companies and the difficulties inherent in obtaining, standardizing, and interpreting state-level data. The Committee is also quick to caution its readers that the utility of its analysis to risk managers and underwriters is limited because it is unable to account for the significant variations in legal malpractice law from state to state. There are of course demographic differences between states that could result in significant differences between the national claims profile and the claims profile of any given state. Additionally, as the Committee points out, because of data limitations, its analysis is not adjusted for the number of total practitioners in each practice area — obviously the most critical piece of the puzzle.

The predominance of personal injury malpractice cases over real estate related malpractice suits is in sharp contrast to the results of the Standing Committee’s review of claims data. The Standing Committee’s analysis of claims frequency shows that real estate has, since 2006, replaced personal injury as the area of practice generating the most claims annually on a nationwide basis. The Committee found this result to be driven by a substantial percentage decline in personal injury claims (5.97%) in the 2008-2011 study period over the 2004-2007 study period. The 2008-2011 study found family law, trusts & estates law and collections & bankruptcy law, to be in third, fourth and fifth place, respectively. These are the same place positions as in the 2004-2007 study, although family law and collections & bankruptcy each saw an increase in relative claims frequency of nearly 2 percent, with trusts & estates experiencing only a 1 percent increase.

Aware that searchable lawsuit data collected and published by a nationwide news service for lawyers (“Courthouse News Service”) is available and could provide at least a small window on the legal malpractice litigation risks faced by Michigan attorneys, we used the news service to collect and analyze legal malpractice lawsuit data (versus claims data) for Michigan. While lawsuit data is obviously a small subset of claims data, we believe that the results of our analysis are still of some interest.

Our review revealed that for the past seven years in Michigan, personal injury attorneys have led the pack when it comes to getting sued for legal malpractice. After personal injury law, family law has had the unenviable distinction of being the area of legal practice giving rise to the most lawsuits against practitioners on average since 2009, although nearly twice as many personal injury suits have been filed against personal injury lawyers as against family lawyers during that same timeframe.

While family law holds second place, real estate law is not far behind, holding third place in lawsuit frequency by specialty when expressed as an average over the past seven years. Malpractice plaintiffs have filed more than twice as many lawsuits against personal injury attorneys as real estate attorneys. More specifically, since 2009, on average, 24 percent of the total number of Michigan legal malpractice lawsuits have arisen out of personal injury matters (inclusive of medical malpractice), 13 percent from family law matters, 11 percent from real estate law, and 9 percent from general litigation. Legal malpractice lawsuits arising out of medical malpractice law account for only a minor portion (3 percentage points of the 24 percent total) of personal injury related lawsuits. Trust & estates law has accounted for only 6 percent of all claims and employment law has accounted for another 6 percent.

While a few trends based on Courthouse News Service data can be observed, there is sufficient year-over-year variance in the data that any trends seen cannot be assumed to continue going forward. Nonetheless, analysis of the data provides some, albeit limited, perspective on malpractice risk in Michigan.

In particular, in 2009, the top areas of practice generating lawsuits were, in order of frequency: (1) personal injury, (2) transactional law, (3) family law, (4) trusts & estates law; and (5) general litigation. How has the positioning of these practices areas changed over the last six years? As indicated, personal injury remains the top area and indeed is far and away the area generating the most lawsuits thus far in 2015. Family law and general litigation also have remained near the top. Transactional law and trusts & estates, on the other hand, have substantially diminished during the same period. In terms of growth over time, malpractice lawsuits arising out of underlying personal injury claims and arising out of bankruptcy practice have seen the most significant increases in filings. Personal injury law showed relatively steady growth from 16 percent of all legal malpractice cases in 2009, to 26 percent in 2014, and 29 percent in 2015, and bankruptcy law moved up to fifth place in 2015 and (with 2015 numbers annualized).

We note that there are imperfections in the data we examined and the analysis is admittedly of limited import. Among other things, Courthouse News Service only collects data from counties encompassing 74 percent of Michigan’s population rather than all counties. And analysis of Michigan claims data would be of far greater utility to risk managers and insurers than analysis of lawsuit frequency. However, comprehensive state level claims information is unavailable.