A Heads Up For Servicers Acquiring Servicing Rights in Pennsylvania: You Now Need A License! 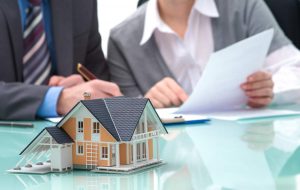 In late December 2017, the Pennsylvania Governor approved Senate Bill Number 751, now known as Pennsylvania Act Number 81 of 2017, which amends Pennsylvania’s Mortgage Licensing Act (the “PMLA”). The amendment imposes licensing requirements for residential loan servicers. In amending the PMLA, Pennsylvania has joined the majority of states that require licensing of mortgage servicers.
The amendment expands the definition of “mortgage loan business” to specifically include a mortgage loan servicer. The legislation defines a “mortgage servicer” as “[a] person who engages in the mortgage loan business by directly or indirectly servicing a mortgage loan.” To clarify the definition, the Pennsylvania Department of Banking and Securities (the “Department”) has stated that the term includes master servicers or subservicers. However, the Department advises that a mortgage lender who acts as a servicer for loans that it originated, negotiated and continues to own are excepted from the requirement of being licensed as a servicer.
On March 28, 2018, the Department announced that it will begin accepting servicer applications on April 1, 2018 and that the deadline for applications is June 30, 2018.
Visit Maddin Hauser’s Financial Services and Real Property Litigation Group Page