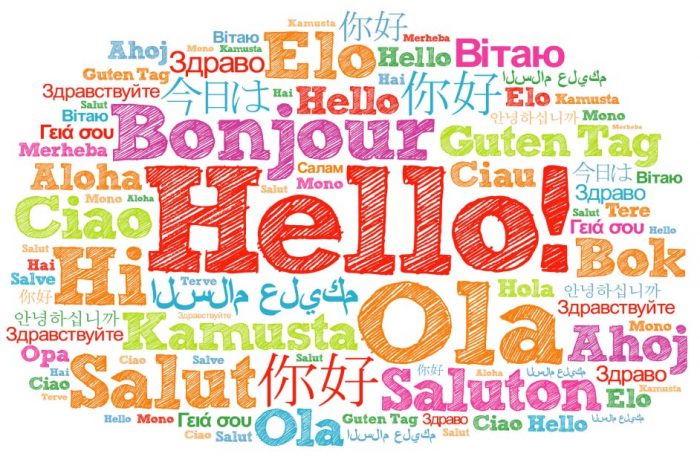 Life Lessons Learned Along the Way: Can You Hear Me Now?

If you know the flight schedule from Belgrade to Tel Aviv, you know that there is only one flight a day.  I was standing in the bus station in the beautiful, walled city of Dubrovnik trying to figure out whether I could squeeze in an extra day before my flight the next day. Unfortunately, the bus schedule not only was written in Serbo-Croatian, but the letters were Cyrillic, making the schedule entirely undecipherable to me.

One of the travel tricks that I had learned was that knowing how to say “hello,” “excuse me,” and “thank you” in the native language was worth its weight in gold.  I asked someone, “Dober dan [Hello].  Do you speak English?”  The old man shook his head, “No.”  I tried again, saying the single word “Belgrade?”  His eyes lit up and he pointed to two schedules on the map.  If I understood his communication correctly, I could catch a bus from Dubrovnik leaving at 11:45 p.m., transferring in Titograd to a 10:00 a.m. train to Belgrade.  Perfect!

After a final day by the turquoise sea, the midnight bus ride was uneventful.  It was pitch dark when we arrived at 4 a.m. in Titograd.  I tried to fall asleep, but the lights were on, there was no good place to lie down, and I was restless.

My train wasn’t leaving until after 10 a.m.  I formed a plan.  Once daybreak hit, I would put my bag in a locker (still possible in those pre-9/11 days), and take a walk around the city.  When the first rays of light hit the bus/train station, I grabbed my heavy coat out of my bag and bounded out the door to explore the city in the brisk morning air.

Once outside, I changed my plan.  Rather than stroll around the city, I would hike up the large mountain that I could now see looming over the city.  Titograd, now known as Podgorica, is the capital and largest city of Montenegro.  Its name derives from Gorica Hill, which rises 427 feet high above the city center.  A scenic overview would be the perfect way to pass the time of this layover.

The trail wound its way through a forest.  I was disappointed to find no places to see the view.  After approximately an hour, the trail turned, and I could see a clearing at the top of the hill.  I continued climbing.  I expected that this open patch would finally provide me the chance to see the city and surrounding area.

When I reached the edge of the open area, I saw a small structure in the cleared-out plateau.  The same instant, the doors to that hut burst open.  A man jumped out, pointed his rifle at me, and shouted.

The next half second would determine whether I would live or die.

It is amazing how many things can fly through your brain in a half a second.  Within the blink of an eye, I realized that no one knew where I was; that if I was shot, my family might never know; that I could be buried or left to die; that if I tried to run, I would probably be shot; and that I did not know the language or what this man was yelling at me.

I opened my hands wide and thrust them into the sky, the universal sign of surrender.  Keeping his rifle pointed at me, the man steadily advanced toward me.  I tried to stay calm, and as still as possible.  As he approached, I assessed the situation.  The man was not in uniform, suggesting that this hut was not a military post.  He appeared to be in his fifties, dressed in flannels and boots.  I again assessed whether there was an escape route, but determined that running away was unlikely to succeed.  If I tried to fight, he was larger than me and armed.

When he was several feet away from me, he yelled something at me.  Would saying I was from America help or hurt?  Would he think I was a spy?  Would he believe me?  I decided that it was the truth and could not think of any better options.  I said the single word, “America.”  He seemed surprised.  I said again, “America” and pointed to my pocket where the passport was.  He nodded his head, which I understood to be consent to show him my passport.  I slowly got it out of my pocket and showed it to him.

He appeared to be placated that I was not a threat.  He yelled at me again with a motion to get out of there.  THAT, I understood.  Walking quickly back to the trail, I headed back down the mountain.  Ultimately, I made it back to the train station in time, with only a few missed heartbeats as a consequence.

Communication is the environment we inhabit, the air we breathe, the ground we walk upon.  Proper communication yields accomplishments that no one person could do alone.  In the context of family, miscommunication can lead to decades of pain.  In professional liability matters, communication can be the difference between being sued by a disgruntled client or a client’s appreciation for assistance in a difficult time.  The outward result might be the same, but communication molds and shapes the way that outcome is interpreted.

On a cold winter morning in Montenegro, my life depended on whether I would be able to communicate my lack of hostility to someone who did not speak my language and was pointing a weapon at me.  I had learned that a smile and knowing how to say hello could get me far.  Communication, and a bit of luck, got me further.

David Saperstein is interested in hearing your communications, but only if it does not involve rifles being pointed at him.  He can be reached at 248-827-1885; dsaperstein@maddinhauser.com.

In our second article, These Torts Are Not Viennese Pastries! Kathleen Klaus provides insight into alternative liability.