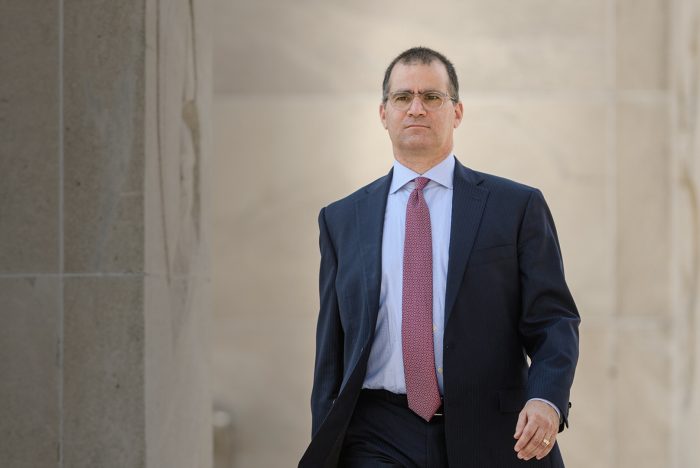 The cartoon1 depicts a boy scout sitting next to a roaring, log-cabin-style campfire. The caption to the cartoon reads, “Did I earn my badge?” The humor of the cartoon involves the fact that the campfire is not in a fire pit on the edge of the woods outside, but rather in the boy’s living room. The scout is asking his question through a group chat on his laptop.

Technology will keep changing. The legal profession will need to change too.2 However, that does not mean indiscriminately applying every new technology that becomes available. Like the boy scout in the cartoon, the legal industry will risk dangerous, unintended consequences if it only considers the promise of new technology without appreciating the risks.

The coronavirus epidemic has forced the legal industry into rapid use of remote technology in a wide variety of settings. In some settings, remote technology will likely continue long after the epidemic is over. One trial court chief stated that, “we have been forced … to move to electronic hearings … and we cannot go back…. It is time for [us] to push forward… we cannot go backwards.”3 However, if the zeal to embrace technology is not restrained with safeguards to ensure the integrity of hearings, it will jeopardize confidence in the outcome of remote hearings.

Remote technology creates hazards that would not occur in the setting of a courtroom. For example, there will be inevitable imbalances of access to technology. Instability of service or inadequate hardware will benefit some parties and harm others. Anyone who reports a glitch in connectivity will risk appearing incompetent or be accused of intentionally creating a ruse.

In a virtual setting, security concerns are delegated away from the court and its officers, and transferred to the host platform. This creates problems such as the interruption of hearings by Zoombombers, or the possibility that a hacker could prevent access of one party (or a factfinder) to the hearing entirely.

Other risks, if not created by remote technology, are exacerbated. In late 2019, the Kansas Supreme Court ruled that a judge falling asleep does not necessarily require a new trial: “This case does not present us with facts indicating a judge who slipped into any of the deeper phases of sleep.”4 It should be noted that consent was a critical part of the Court’s ruling. The only-slightly-sleeping judge gave the criminal defense counsel an opportunity to request a mistrial, and the defense counsel declined to do so.

The likelihood of a judge or juror falling asleep is increased dramatically in a remote setting. The drama and tension of a live hearing is diminished.5 The comfort provided by a chair – or sofa – or hammock – will certainly create more sleeping factfinders than in-person hearings. More fundamentally, just how long can any person realistically pay attention to a Zoom hearing?

The risks of voluntary distractions are even higher. How many laptops and cell phones will lurk out of camera range in a Zoom hearing? No amount of judicial warning is likely to prevent jurors (or the judges themselves) from surreptitiously checking their email or surfing the Internet (at least until the awkwardly timed laugh). A virtual voir dire hearing in California produced allegations that one potential juror was asleep, another was working out on an elliptical machine, a third left the room with a child, and multiple jurors were using computers or electronic devices.6

The first FINRA arbitration award involving a Zoom virtual hearing also involved such distractions. In 2015, Wunderlich Securities acquired the wealth management assets of Dominick & Dickerman LLC. In 2017, Dominick sued Wunderlich, alleging that Wunderlich lied to them about its financial condition and failed to disclose that it was in a cash flow crisis. The April 2020 FINRA decision awarded Dominick $7 million in compensatory damages, $2.8 million in interest, and $800,000 in attorney fees.

In May 2020, Wunderlich filed a federal lawsuit seeking to vacate the award, alleging that one of the three arbitrators was typing and looking at other screens during the Zoom hearing, that a second arbitrator blocked her screen and prevented the parties from confirming that she was actually participating, and that the third arbitrator walked away from his screen during closing arguments.7 Although the case settled, it illustrates the distraction dangers inherent in a remote hearing.

Perhaps the most disturbing danger is the threat that outside technology will be used not as a distraction, but as a deliberate attempt to tamper and coach witnesses during testimony. In a New York case, a lawyer suing his former law firm asked the judge to order two third-party witnesses to share their computer screens during their testimony in remote depositions. The lawyer argued that this deposition protocol was necessary to prevent impermissible communications during the deposition and to effectuate the local rule preventing an attorney from initiating communications with a witness while a deposition question was pending. He argued that while “it is virtually guaranteed” that a communication to a witness in an in-person deposition would be seen by counsel and the videographer, it is similarly “virtually guaranteed” that such tampering would not be discovered in a remote setting. Although the Court declined to require the witnesses to share their screens, the Court ordered the law firm to give opposing counsel notice before communicating with the deponents, and ordered the deponents to close all Internet browsers, messaging applications, email programs, and other communication programs.

As the legal industry incorporates remote technology into its procedures, it must address the dangers that such technology creates and exacerbates. As the old adage warns, “Be careful what you wish for. You just might get it.” David Saperstein defends non-medical professionals in litigation, arbitration, and regulatory proceedings. He can be reached by email at dsaperstein@maddinhauser.com or by phone at 248-827-1885.

1If any reader knows where to locate this cartoon, please notify the author so a proper attribution to the artist can be provided.

2Comment 8 to ABA Model Rule of Professional Conduct 1.1 provides: “To maintain the requisite knowledge and skill, a lawyer should keep abreast of changes in the law and its practice, including the benefits and risks associated with relevant technology.”

5This writer would strongly discourage the apparent strategy of some attorneys in Florida who attempt to maintain interest in the proceeding by appearing shirtless. http://napco4courtleaders.org/2020/04/put-on-a-shirt-for-video-hearings-judge-tells-attorneys/#:~:text=A%20Florida%20judge%20is%20issuing,a%20court%20hearing%20via%20videoconference.