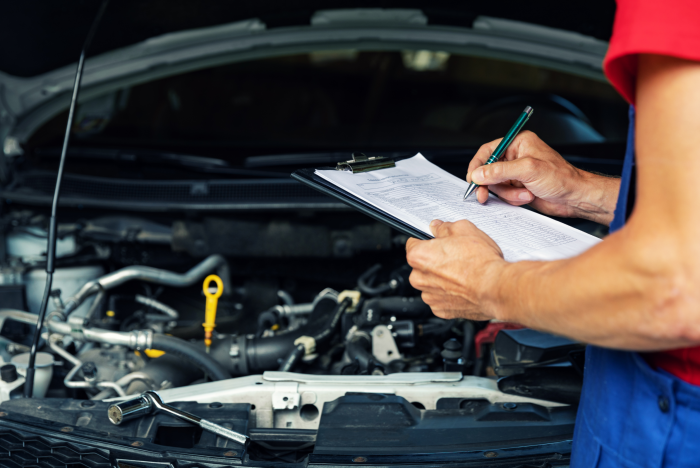 When a patient leaves a hospital in worse shape than when they arrived due to the doctor’s or hospital’s negligence, they can seek compensation from the doctor and hospital in a medical malpractice lawsuit for the damage they caused. Similarly, garages and service departments can face lawsuits by customers for any damage they allegedly cause to a vehicle in their care.

But mechanics and service departments in Michigan face challenges in such situations that doctors and hospitals do not. While a patient injured by a doctor or hospital must prove by a preponderance of the evidence that those parties’ negligence caused their damages, Michigan law presumes that a service department or garage was negligent and responsible for any damage to a vehicle between the time the customer drops it off and picks it up. Fortunately for dealerships, that presumption doesn’t always apply and can be rebutted, and there are steps they can take to minimize the likelihood of a successful claim.

The presumption of negligence by garages and service departments is contained in the Michigan Garage Keeper’s Liability Act, MCL 565.541. It states:

Whenever any damage shall be done to any motor vehicle while in the possession or under the care, custody or control of the owner, his agent or servant, or the keeper of any public garage or other establishment where such vehicle shall have been accepted for hire or gain, proof of such damage shall be prima facie evidence that such damage was the result of the negligent act of such owner or keeper of the place where such vehicle was stored.

This language creates a rebuttable presumption that whenever a motor vehicle is damaged while in a service department’s possession, that damage was due to its negligence. However, the dealership can overcome that presumption by presenting evidence that the damage did not occur while the vehicle was in its possession. For example, if the owner claimed the dealership dented their car, a security camera in the area where customers drop off their vehicles could show the dent was there at the time the customer arrived.

Michigan law also recognizes that garages and service departments could be wrongfully blamed for damage that actually occurs after the owner retrieves their vehicle. That is why the law provides that the presumption of negligence will not apply unless the owner examines their vehicle before leaving the garage and, “upon discovery of any loss or damage, forthwith notif(ies) the owner or keeper of such garage or other establishment of the loss or damage claimed.” MCL 256.543

Failure to provide prompt notice of claimed damage prejudices the service department’s ability to determine whether the damage occurred during or after the vehicle was in its possession. Accordingly, it would be unfair to saddle the dealer with a presumption of negligence when days or weeks go by after it services a vehicle.

There is no hard deadline for what constitutes notification of damage “forthwith,” and what a court will see as timely notice will depend on the circumstances. But Michigan courts have held that the term means “at once,” “promptly,” and “without delay,” and “generally construe it as meaning within 24 hours.”

Record Condition of Vehicle Upon Arrival

One way for dealerships and service departments to minimize the risk of a damage claim is to have both the dealership and vehicle owner inspect and acknowledge the vehicle’s condition when it is dropped off, as rental car companies and customers do before the customer drives away. The dealer could provide a form to be completed in duplicate, signed by the owner noting the condition of their vehicle upon delivery, and provide them with a copy. In fact, Section 4 of the Garage Keeper’s Liability Act provides that an owner who fails to sign such a form cannot recover any compensation from the garage or service department for claimed damage to their vehicle.

If you have any questions regarding the potential liability of garages and dealerships for damage to vehicles in their care, please contact Rita Lauer at Maddin Hauser.