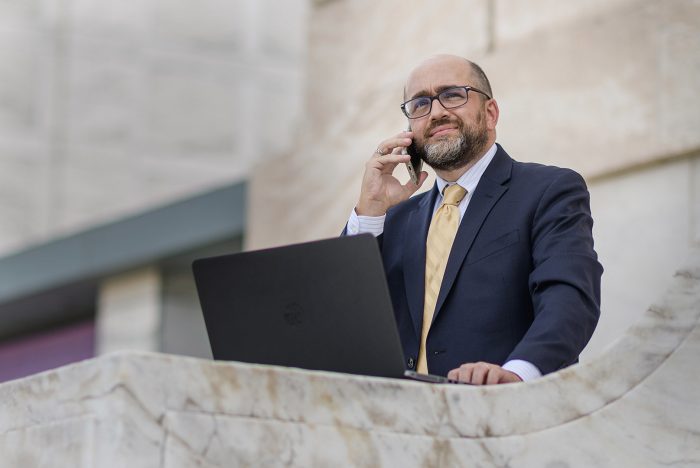 Life Lessons Learned Along the Way: A Family of Helpers: Tracing an Attorney’s Ancestry

My father was hoping for a connection to Giuseppe Garibaldi or Galileo Galilei. Research into our family’s Italian ancestry (Dad’s mother having been born in Chicago of Italian immigrants) came closer and closer to these giants of history.

Garibaldi, born in Nice on July 4, 1807, is one of the founding fathers of modern Italy, having used his great military prowess and writing skill to help cause the Great Italian Unification, otherwise known as Risorgimento, a political and social movement that consolidated the different states that were then part of the Italian peninsula into one Kingdom of Italy. Throughout the second half of the 19th century, Garibaldi led his volunteer army, the Garibaldini, against the great armies of Austria and France. Garibaldi and his army utilized all the General had learned of guerilla warfare during his youthful exile to Uruguay to secure many victories that were crucial to eventual Italian independence and unification. Meanwhile, Garibaldi also wrote three novels and several works of non-fiction, including his own memoirs and autobiography, each of which helped to further inspire and advance the Italian people and nation.

Alas, Dad eventually found that Garibaldi was no relative of ours. Research revealed that our closest ancestor was, instead, one of Garibaldi’s officers, a high-up in the Garibaldini, a messenger between Garibaldi and his soldiers in the field, and one of Garibaldi’s most trusted advisors.

Having closed off Garibaldi himself, Dad’s research spun its way further into the past where, two and a half centuries prior, awaited Galileo Galilei. Born in Pisa on February 15, 1564, Galileo became one of the great scientists in all of world history. Rebelling against the work of many previous scholars (and the Church), and building on the research of his idol Nicolaus Copernicus, Galileo championed heliocentrism, the idea that the Earth and all other planets revolved around the Sun. Galileo studied, taught, and wrote treatises on speed, velocity, gravity, free fall, relativity, inertia, and projectile motion among many other subjects. He invented or contributed to the invention of compasses and telescopes. He discovered the four largest moons of Jupiter, first observed Saturn’s rings, and began the analysis of sunspots. He has been known variously as the “father of . . .” astronomy, physics, and the scientific method itself.

As much as he was loved within the scientific community—that’s how much Galileo was hated by the Church. Galileo was labeled a heretic and was tried by the Inquisition. After being forced to recant many of his works in 1633, Galileo spent the rest of his life under house arrest. It was at this intersection between science and the Church that family research discovered a link to Galileo.

Although Galileo himself is not an ancestor, an Italian man named Lorenzo Di Miglia is. Unlike Garibaldi or Galileo (yet much like Garibaldi’s officer), Google searches do not reveal the importance of Lorenzo Di Miglia, but important to Galileo he was, nonetheless. As Galileo himself was hounded by the Church, so too were his allegedly heretic writings pursued and destroyed wherever they could be found. On the eve of recanting his works, Galileo gave some of his books to close friends to better ensure their safety. Lorenzo Di Miglia was one such close friend. The book entrusted to Lorenzo documented one of Galileo’s pet projects—his fascination with the transmission of radio waves. Indeed, the book revealed that Galileo had actually invented the radio almost as we know it today, except for the lack of a crucial element, a “dial cord,” a pivotal piece needed to tune a radio between various frequencies. The book was passed down from Lorenzo through several generations until it resurfaced in the hands of another ancestor, Domenico Castellana from Naples, who brought the book with him to his studies at the Lavorno Technical Institute where he shared the book and its knowledge with one of his classmates, Guglielmo Marconi. Marconi used the book’s knowledge to help invent and perfect the radio.

Although Dad couldn’t establish a direct familial link to either Garibaldi or Galileo, he was greatly pleased with the research findings. And so am I. For that genealogic research highlights one of my favorite aspects of being an attorney: our role as advisor and protector. Just as Garibaldi’s officer advised him on strategies that helped Garibaldi win wars and unite all of Italy, so too do we advise our clients in the best ways they can achieve great successes in pursuing their own objectives. Just as Lorenzo Di Miglia and subsequent generations protected Galileo’s book on radio broadcasting, so too do we protect our clients’ information to ensure that it can be utilized to its best possible degree.

So, like Dad, I am proud to feel a connection to the advisors and protectors of great men like Garibaldi and Galileo. Although, having said that, it will be great if his research into the family’s Swedish roots (his father being born in Chicago of Swedish immigrants) reveals our relation to swarthy Vikings the likes of Erik The Red or Leif Erickson. Perhaps those findings will be the subject of a future article.

Our second article this month, Apologies in Litigation, David Saperstein discusses the merits of a meaningful apology.