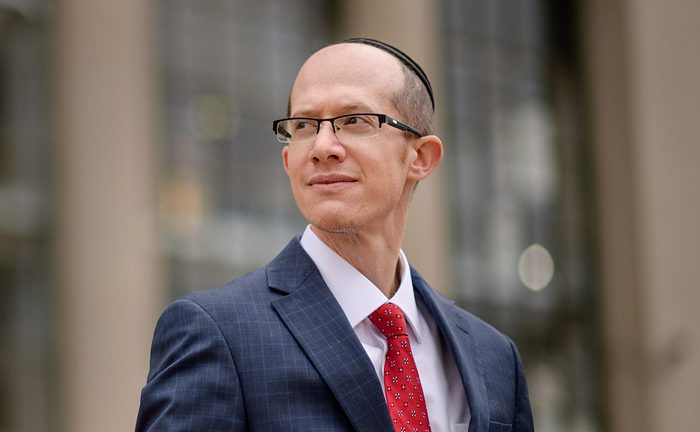 02.17.16
We continue our series of personal, impactful stories that have shaped how we practice law.

It was the bottom of the last inning, there were two batters out, the bases were loaded, the count was full, my team was leading by a run… and I was minding my own business in right field, when the pitcher released the ball, the batter took a mighty whack, and the ball headed straight toward me. To this day, I wonder: should I have caught it or should I have dropped it?

Let me give you some context. I was no more than 10 years old at the time, which would make the batter, my baby brother David, about 8. To this day, if you ask David (and he’s feeling candid) he’ll tell you I spent the better part of my childhood trying to make him miserable, while he spent the better part of his childhood trying to be like me. I would throw toys at David and then plead with him not to tell our parents. I would sit on his pillow after getting out of the shower. I didn’t miss an opportunity to bother him. Yet when I started going to punk rock shows, David did too. A bit more recently, when I became interested in becoming a more observant Jew, David came with me to yeshiva.

Looking back, David was an easy target for my bullying, mostly because he was so forgiving. Or so I thought. Today, David and I love each other to death, but we’re both quick to admit the relationship is not always easy. Sometimes I wonder how much it has to do with the toll my harassing took on him, and the toll that his feeling like he was living in my shadow took on him. I also wonder how much it has to do with a baseball play that should have never happened.

I came to the ball field that evening with my mother as a spectator to watch David’s team play. It turned out that the opposing team was short a player, and was going to have to forfeit the game unless a substitute player could be found. Eager to see some action and to save the ball game, I volunteered for the job. Given that I was a couple of years older than the other players, the coaches agreed that I would not have a turn to bat, and that on defense they would play me in right field. That way I would not have much of an effect on the game. Now play ball!

Admittedly, I don’t remember much that happened prior to David – not the most formidable of hitters, mind you – stepping up to the plate in the bottom of the last inning with the game on the line. He worked the count full before surprising everyone with a blast to deep right field. This would have been the most memorable hit in his baseball career that spanned several more years. It would have been an opportunity for him to get back at me for always being such a pain. It would have been his chance to outshine me and make a name for himself.

It was my experience as an outfielder, and I believe others would agree, that when a fly ball is hit right at you, it seems to remain suspended in air interminably. You have all the time in the world to contemplate life’s great questions, such as: should I catch David’s ball, or should I drop it? Drop it, and David’s a hero. Catch it, and add it to the laundry list of times I came up short in fulfilling my brotherly duties to him. It’s bizarre, but I vividly remember meditating on this decision and the consequences thereof during the three seconds it takes a ball hit by an 8 year-old to reach the outfield.

In the end, I caught the ball, David burst into tears and ran toward my mother’s open embrace, and I did too. I’ll speak for myself. It’s not always easy to do the right thing. Sometimes it requires focusing on the decision at hand and tuning out the potential consequences. Other times, when you don’t even have three seconds to make your decision, it requires training yourself to do the right thing until it becomes almost involuntary. This is no truer than in the practice of law, where we are entrusted with our clients’ confidences and charged with doing what’s right for them without losing sight of what’s really right. It is also true when brotherly love is on the line.

In this month’s second article, my mentor at the firm, Rick Mitchell writes about an insurance agent’s duty to third parties.