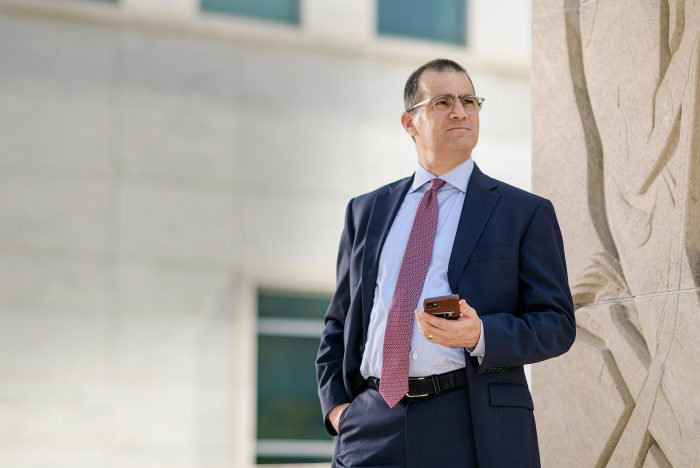 “Follow me!” said my buddy on the Cal ski team. The day had been a rare treat. Four of us were taking a break from running gates and practicing technique with a day of “free skiing” – skiing just for the fun of it. After this run, we would drive back from Squaw Valley in North Lake Tahoe to our cabin in South Tahoe. We were preparing to ski our last run of a glorious day with the sun shining brightly in the cobalt blue sky.

As we made our way to the ridge for our first glimpse of Chute 75, the view led to a stifled gasp. It was called “Chute” 75 because on one side were rock formations, crags too steep to hold snow. On the other side was a forest too dense to ski. We would ski in between – a mini-valley about 20 to 30 yards across. Not only was the chute steeper than anything I had ever attempted, moguls as high as my chin covered every square yard of skiable terrain.

The local who had asked us to follow him went first. He seemed to turn effortlessly in the mogul field, using smooth, tight “S” turns. As he made his way down, he looked smaller and smaller. When he reached the bottom where the terrain flattened out, he turned, waved his poles over his head, and signaled us to follow. The next skier did so, but not quite as smoothly. He made more jump turns, recalling the name of the chairlift, KT-22. Voted the best chairlift in North America, KT-22 recalls the 22 kick turns used by the wife of the resort’s founder on her first descent.

Now it was my turn, and I was ready. I had been a late convert to skiing, perpetually lagging behind my friends in skiing ability. When I first skied in middle school, the bus left our suburban neighborhood at 5:00 a.m. (thank you, Mom and Dad). The three-hour bus ride to Snow Valley in the San Bernardino Mountains was spent sleeping and listening on my Walkman to REO Speedwagon’s High Infidelity and Styx’s Paradise Theater (oh, the horror!). On the mountain, I tried to keep up with my friends Craig and Ricky. Later, in high school, when my friend Mark would take me to Mammoth with his family (thank you, Mr. and Mrs. P), it was the same situation. Mark was a better skier than I was, so I would just try to hang on.

When I arrived at Cal Berkeley and discovered that skiing was a club sport, I felt I had found my people. “Live to ski, ski to live” was my mantra. Any rainy day in the fall would create anticipation of whether the storm had left the mountains covered with snow. As it had been with Craig, Ricky and Mark, my new friends were more advanced skiers than I was.

By the time that I pushed off to descend Chute 75, my skiing had improved. I felt that my training had prepared me for this challenge. I would ski in the moment, one turn at a time until I reached the bottom. The first turn would be important to gain a rhythm. As my skis turned down the fall line with each successive turn, I knew I would quickly gather speed because of the steepness of the slope. The key would be to slow down by finishing each turn until I returned to a position sideways across the mountain.

I prepared to make that first turn. Immediately, something went wrong. My skis were staying in place, the tips having sunk into a mogul and stuck. My momentum carried my body forward in slow motion, tipping me face forward down the hill.

Fortunately, I thought to myself, I was skiing so slow that this misstep would not be a problem. I had not yet completed the first turn, and so had not gathered significant momentum. As my head and hands hit the snow, my skis followed behind me over my head, and I dug my pole into the slope to stop.

The pole flew from my hand as soon as I touched it to the ground. In the short time span between my body hitting the ground and digging my pole into the snow, I had already gained enough speed that my first attempt at stopping failed. I was accelerating, and scared. I knew that if I slid into the rocks or the trees …

I knew what I had to do. The first thing would be to kick my skis around so that my feet were the furthest part of me downhill. Better for my legs to hit the rocks than my head. I was able to do this, and slammed my ski edges into the snow to stop. First one ski, then the other, flew off like matchsticks in opposite directions. I continued my rapid fall down the chute. I tried to stop with my one remaining pole, and that, too, failed. Snow was flying all around me, I was hitting the tops of the moguls with my body at a rapid pace, and had run out of things to try.

Fortunately, my fall led me straight down the fall line, through the middle of the chute, avoiding the rocks and trees. When the slope flattened out, I slowed down enough to dig my boots into the ground and stop. The buddy who had been first down the hill was just a few yards away. “Are you okay?” he asked. “Yes,” I answered quickly, as I caught my breath.

“YARD SALE!,” my second friend announced with a laugh. I looked up the mountain. Halfway up was one pole. Up even higher were my two skis. And yes, almost at the very top of the chute, my first pole was lying on top of a mogul. With my gear strewn haphazardly across the mountain, it was the epitome of an alpine “yard sale.” In fact, I am pretty sure that if you looked closely, you would have also seen shreds of my self-dignity scattered with the gear.

Because it was closing time, we were not able to ski Chute 75 again that day. I vowed to return, but never did get back to Squaw Valley. A ski that caught an edge during a race led to an ACL repair in one knee, and a pick-up game of basketball during law school left injuries to my other knee. I decided to trade in my K2 skis for a Bianchi mountain bike (that I still ride to this day).

Although I never visited Squaw Valley again, I feel that I regularly return to Chute 75 metaphorically. Chute 75 was that place just beyond my comfort zone that would allow me to put my years of training to the test and improve my aptitude. When I agreed to follow my buddy down that challenging slope, I knew that without attempting the uncomfortable, my skills would stagnate.

Now, not only in my own practice of law, but as a supervisor and parent, the memory of Chute 75 reminds me of the perils and rewards of challenges. Attempting the unknown without adequate training is dangerous. At the same time, when we travel only the same well-worn paths without ever venturing into new territory, we fail to unlock the potential within each of us.

If you have read this far, I am curious. Do you have a “Chute 75” experience, a time when you tried something just beyond your current ability? I would love to hear your story.