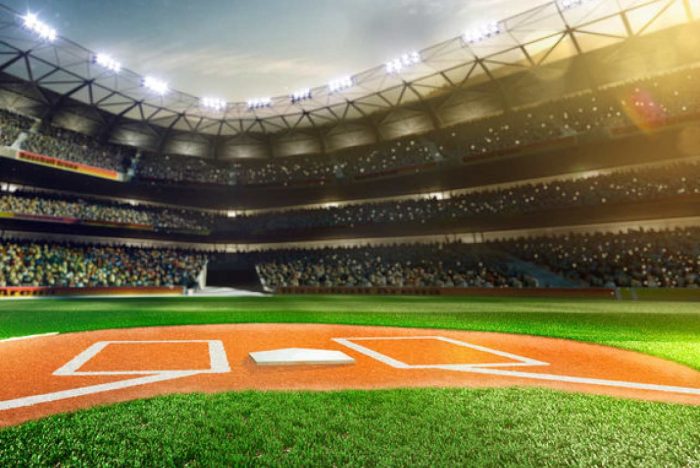 “Just wait until game time,” my dad taught me, “that’s when ticket prices start to drop.” It seemed like good advice, but right now, it wasn’t working. I was trying all of his tricks. Walk against foot traffic – from the stadium gate toward the parking lots – as the crowds rumble past. Hold one finger up high, looking for just a single ticket. Make eye contact with every person you walk past. If they have that extra ticket, their return gaze will last a fraction of a second longer. Hold the eye contact and maybe they will stop and make an offer.

This wasn’t any ordinary game. It was game 3 of the 1988 World Series. In game 1, Kirk Gibson had hit his legendary hobble-off home run against Dennis Eckersley to lead the Dodgers to victory. The Dodgers also won game 2 on an Orel Hershiser shutout, and now the Series had moved to Oakland where the A’s, who had been the best team in the majors all season, were looking to climb back into the series. With an A’s win tonight, the momentum would shift from LA to Oakland.

The green-and-gold-clad fans, eager with anticipation, had been filing past me for an hour. Mostly, they avoided the eye contact that I was so desperately trying to make. Sometimes, they would shrug, as if it to say they wished they had an extra ticket. But they didn’t. And the flood of people had slowed to a steady stream and then to a trickle and now had stopped completely. The stadium was full; the game had started; I was without a ticket.

It wasn’t supposed to be this way. My dad had brought me to countless big games. Not only did we always find tickets; his patience in waiting until game time meant that he had never paid more than face value.

The strategy worked at the 1979 Rose Bowl. I followed UCLA then. Their arch-rival, USC, was playing Michigan. So my dad bought me a big circular Michigan button that covered my shirt, and we watched Charlie White fumble on the 1-yard line. Phantom touchdown, USC.

It worked at Dodger Stadium in 1981. Fernando-mania was in full swing as the unknown 20-year-old pitcher from Etchohuaquila, Mexico, started the season by going 8-0, with five shutouts and an ERA of 0.50. My dad and I watched the rookie try for victory #9.

The strategy had even worked at the 1983 Super Bowl when we watched John Riggins and the Washington Redskins roll over Dan Marino and the Miami Dolphins.

But now, my dad was in Los Angeles, I was attending college at UC Berkeley, and I wanted to apply his negotiating lessons. The game had started, and the price for a ticket was supposed to be dropping. The problem wasn’t that the prices were still too high for my college budget. The problem was that nobody was selling. Not even the ticket scalpers were around.

Behind right field at the old Oakland-Alameda County Coliseum was a group of trees. I climbed up one of the trees and watched the second inning. To be more accurate, I watched the pitcher and batter since my view of the outfield was obscured by the stadium walls.

Midway through the third inning, a security guard approached and told me that I had to get down. I was back to square one.

“If at first you don’t succeed, try, try again.”

I wandered around outside the stadium, hoping to find some latecomer who might have an extra ticket. The streets were deserted. Occasional cheers emanated from the packed crowd nearby. My father’s advice echoed in my ears. Don’t give up. If at first you don’t succeed, try, try again.

A couple was leaving the stadium. I hurried over and approached them, “Excuse me. Can I have one of your ticket stubs?” “Sure,” the guy responded, and handed me one of their two stubs. Ecstatic, I raced over to the bleacher entrance where they had come from. By now, the fourth inning had started. But I would soon be watching my first live World Series game.

The usher took my ticket, flipped it over, examined the back side and returned it to me. “Sorry, bud. You can’t come in.”

To be so close and still not get in! Now what? I found someone in a parking lot with a pen. I wrote “OK” on the back of the ticket stub.

My dad once took me to an NFL game where the Los Angeles Rams were leading by 3 touchdowns late in the fourth quarter. An opposing player caught a pass to make a first down, and celebrated. My father disapproved, “he needs to act like he’s been there before.”

With ticket stub in pocket, I started toward one of the main entrances of the stadium, a different one than I had already tried. This time, I walked steadily, I didn’t run. I kept the ticket face-up as if I didn’t know what was written on the back side. I handed the stub to the usher, and took a deep breath to calm myself.

The usher flipped the ticket stub over, just like last time. But this time, he flipped it back to the front again. He stopped, unsure what to do. He examined the back side of the stub more closely. He looked at me, and then back at the stub. Act like you’ve been here before. The stub obviously did not say what it was supposed to say, but the “OK” was written right where something was supposed to be written. I stayed quiet, pretending to be oblivious to the unfolding drama. Finally, after what seemed like an eternity, the usher handed the stub back to me, and waved me in.

More satisfying than a cool breeze on a summer’s day! Tastier than a hot fudge sundae! More exciting than the drive to Disneyland from the station wagon’s rear-facing third row.

By this time, the game was tied 1-1 in the middle of the fifth inning. I found an empty seat on the rail in shallow right field. I watched Mark McGwire hit a home run in the bottom of the ninth inning to send the satisfied crowd home with a 2-1 A’s win. The Dodgers bounced back to win games 4 and 5 and the Series.

I never know when I will suddenly remember the words of wisdom that my father taught me over the years. But I do know this: time and time again, his advice has helped me through life’s joys and sorrows. He taught me about patience and having a plan. He taught me that even with the best plans, sometimes you need to think on your feet. And he taught me to savor the good moments. Because in life, as in crashing a sold-out World Series game, another opportunity is never guaranteed.